On May 27th, we will bring back hope

After fifty years of occupation, Israel has reached a critical point in time. It is more important than ever to ensure that the two-state solution remains possible both on the ground and in public opinion. While a majority of Israelis support a two-state solution, they do not believe it is possible right now. To bring about a fundamental change, we need to restore hope.

On May 27th, Peace Now will bring back hope. 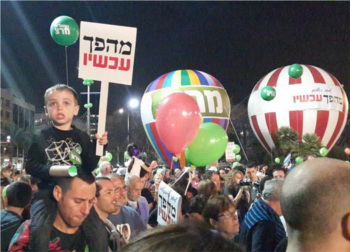 We will gather the pro-peace camp in a massive show of force, and turn this silent majority into an active majority. We will show both the Palestinians and the world that the Israeli public is a partner for peace. We will illustrate to Israeli politicians from the center and left of the political map that, in order to gain support, they must push for a two-state solution.

The two-state solution is an Israeli interest as much as it is Palestinian, and an end of Israel’s control over millions of Palestinians is not only the right thing to do; it is also the only way to salvage hope for maintaining Israel's Jewish, democratic character.

Show your support for two states.

As Israel’s most prominent peace movement, which has organized some of Israel’s largest demonstrations, Peace Now has the experience and capacity to hold such an event. Our rally will take place in the symbolic venue of Rabin Square in Tel Aviv and will feature Israeli and international politicians, artists and opinion-shapers, as well as members of the Israeli security apparatus. Collectively, we will send a powerful message and motivate the Israeli public to seek an end to fifty years of occupation.

The stakes are high – we need your support to succeed. Help support "Two States – One Hope." 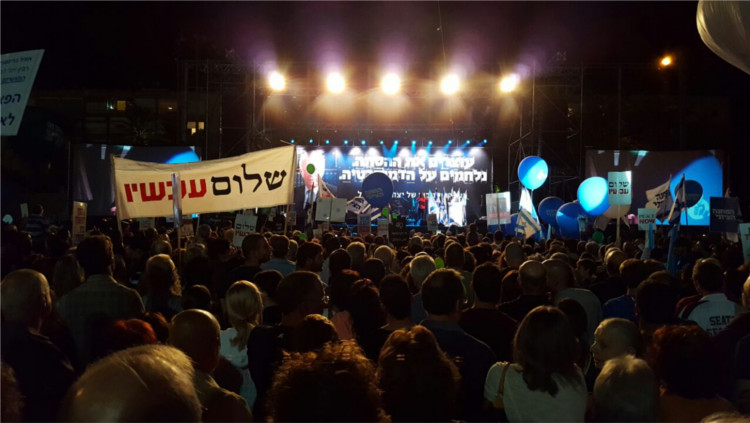