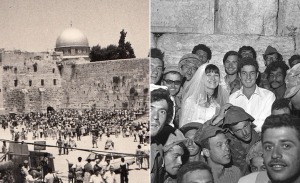 Fifty years ago this past week, the state of Israel erupted in collective celebration after conquering the West Bank, Gaza, Sinai, and the Golan Heights. Having defeated the combined armies of Egypt, Syria, and Jordan in six days, the elation and relief felt by the entire country was immeasurable – and nearly universal.

I remember, right after the war, my parents taking the family for euphoric trips to biblical sites in the West Bank and East Jerusalem. My parents, both teachers, marveled at the historic significance of each site, sometimes reading the relevant passages from the Bible. There was a genuine joy of re-connecting to our national heritage.

The irony is that, in the wake of its greatest military victory, Israel was led to its greatest political defeat: five decades of conflict and occupation that have left Israel’s future as a Jewish and democratic state severely threatened.

In creating the settlement enterprise, particularly in the West Bank and East Jerusalem, successive Israeli governments, along with messianic settler activists, have built an anchor for occupation. This anchor has been explicitly designed to indefinitely perpetuate the occupation. 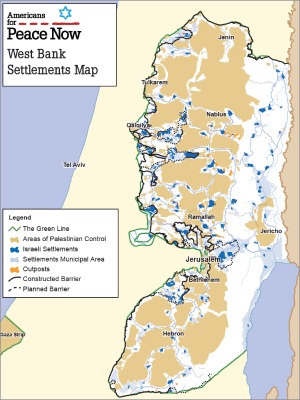 Fight back against the expansion of West Bank settlements

In practice, the occupation consists of land theft, two separate and unequal judicial systems, military checkpoints that restrict freedom of movement, settlements and roads that cut off Palestinian communities from one another, a highly disproportionate distribution of natural resources, and the daily violation of Palestinian civil and human rights. While weighing down Palestinians with subjugation and dispossession, this anchor also drags Israeli society down to evermore violent and anti-democratic depths.

By strengthening and perpetuating the occupation, Israeli settlements in the West Bank prevent the only conflict-ending scenario for Israelis and Palestinians: the two-state solution.

The fight against settlement expansion is therefore the fight for Israeli-Palestinian peace.

One of the most important assets in this fight is access to accurate, reputable, comprehensive information about settlements – and that’s why APN is building Facts on the Ground 2.0. As a free, easy-to-download, mobile app, Facts on the Ground 2.0 will be at the fingertips of every policymaker, government official, student, diplomat, journalist, peace activist – or anyone else – seeking the truth about settlements.

Israel won the war in 1967. Now, after fifty years of conflict and occupation, Israelis and Palestinians must win the peace. Help preserve the two-state solution by fighting back against West Bank settlement expansion.

West Bank settlements "benefit" Palestinians?!
There will be no "restraint"
The Trump administration won't have any more excuses
A high-level briefing, one click away
NOW AVAILABLE: APN's groundbreaking settlements map app
More relevant than ever
$6,000 gets us to our goal. Download and support this app!