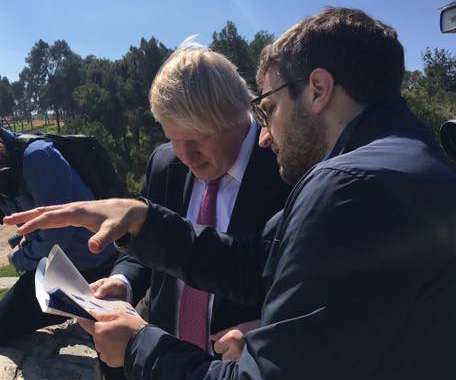 When government officials visit Israel and seek the truth about West Bank settlements, they go to one source: Peace Now’s Settlement Watch.

Last week, UK Foreign Minister Boris Johnson did just that. While on an official visit to Israel and the Occupied Territories, Johnson met with Peace Now for a briefing on settlements. Lior Amihai, head of Settlement Watch, explained the extent to which settlements damage prospects for a two-state solution between Israel and the Palestinians.

During a subsequent press conference, Johnson outlined the current obstacles to Israeli-Palestinian peace and noted that “the accelerated pace of settlement building . . . [is one of] the barriers in the path of a two-state solution, and we have to work to remove those barriers.” 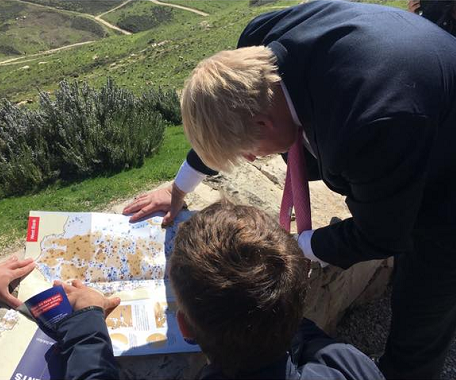 Johnson’s words demonstrated how Peace Now’s briefings and tours of settlements play a significant role in influencing the views of high-level policymakers. Now, with the Facts on the Ground 2.0 mobile app, Americans for Peace Now will be able to bring this experience to students, teachers, researchers, media outlets, international organizations, and others around the world. When anyone, anywhere wants to learn about West Bank settlements, the truth will only be one click away.

But we need your help. Join APN and Peace Now’s mission to preserve the two-state solution by supporting Facts on the Ground 2.0.

Support APN's new settlements app and help "win the peace"
The Trump administration won't have any more excuses
West Bank settlements "benefit" Palestinians?!
There will be no "restraint"
NOW AVAILABLE: APN's groundbreaking settlements map app
$6,000 gets us to our goal. Download and support this app!
COMING NOVEMBER 13th: A game-changer on West Bank settlements