More relevant than ever 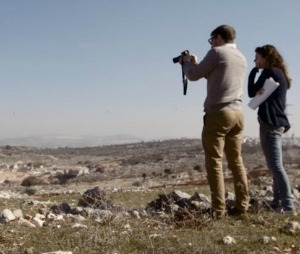 “No one thinking seriously about peace can ignore the reality of the threat settlements pose.”

Those words were spoken yesterday by U.S. Secretary of State John Kerry, outlining the reasons that the U.S. chose to abstain on a U.N. Security Council vote condemning West Bank settlements. The threat to peace posed by settlements was recently made clear by settler leaders, who loudly and proudly proclaimed that “the era of a two-state solution is over.” And that was before President-elect Donald Trump nominated David Friedman, an enthusiastic supporter of settlements, to be the next U.S. ambassador to Israel.

At APN, we’re preparing to take them on.

Six years ago, APN launched a groundbreaking new feature: the “Facts on the Ground” map app. As both an iPhone app and website, Facts on the Ground has allowed anyone with an internet connection to learn about Israeli settlements in the West Bank – what and where they are, who and how many live in them, and how they relate to the Israeli-Palestinian conflict and prospects for peace. The app has been a success, with glowing coverage and reviews from NPR, CNN, Wired, The Guardian, Haaretz, The Jerusalem Post, and more. 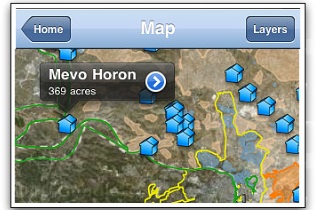 A lot has changed in six years. Mobile app technology has advanced many times over, and our app is now considered “ancient.” Settlement expansion and other developments on the ground mean that the data on which the app relies is now outdated. But with the coming battle over Israel’s future, putting a tool like Facts on the Ground into the hands of our allies is more important than ever.

That’s why we’re launching a new project: Facts on the Ground 2.0.

Facts on the Ground 2.0 will feature a host of dynamic new upgrades. The app itself as well as the website will be completely reconstructed with dramatic improvements to the user experience. New features – most prominently, video documentation of settlements and an easy-to-access archive – will allow users to learn about settlements in comprehensive, immersive ways. The statistics and data about each settlement and outpost will be brought fully up to date, with new historical information and notable facts added to help users learn about the settlement enterprise and how it strengthens and perpetuates the Israeli occupation of the West Bank.

To support this project, we’ve seized on another recently developed technology: crowdfunding.

See how you can lay a foundation for Israeli-Palestinian peace.

APN has teamed up with Classy.org to launch a major crowdfunding drive, in which we harness the passion and reach of our supporters to spread the word to families, friends, colleagues, and social media followers.

We need this support from people like you. As we prepare for 2017, the 50th anniversary of Israel's occupation of the West Bank, this is a chance to really convey – in a way that users can fully understand – the true scope of settlements, what they are, why they exist, and how they perpetuate the conflict. People, organizations, and policymakers can then use this information to take action.

No one else has done this. No one else is planning to do this. You can help APN lead this fight.

The Facts on the Ground app won’t just give anyone, anywhere the ability to understand and learn about settlements in-depth. It will also allow international organizations, NGOs, think tanks, policymakers, teachers, students, and others the ability to easily access this information and apply it in a number of ways. It can be used for projects, presentations, studies, and can inform decision-making by governments and international bodies. It’s also a valuable tool for APN as an organization, giving dynamic, visual, engaging support to our arguments about and against Israeli settlements in the West Bank.

Almost everyone has a cell phone, and when anyone wants to learn about West Bank settlements, APN will be one click away.

In 2017, the threat to the two-state solution will be greater than ever. Supporters of settlements will be ratcheting up their efforts on all fronts in order to undermine any possibility for an independent Palestinian state. Join APN’s effort to fight back by supporting Facts on the Ground 2.0.

I thank you for your generosity and support.

P.S. Please forward this email and share the campaign page on Facebook in order to spread the word to your family, friends, colleagues, social media followers, and anyone else you know who cares about preserving the two-state solution.