Carmi Gilon, the former chief of Israel’s secret service, Shin Bet, for years helped run Israel's occupation in the West Bank and Gaza Strip. Like many other Israeli former senior security officials,  he became an anti-occupation peace advocate when he finish his service. If you watched the documentary The Gatekeepers, which features Carmi Gilon among six past heads of Israel’s Shin-Bet, you understand why.

Episode 16 of PeaceCast features a conversation with Gilon, who today is the executive chair of Cytegic, an Israeli cyber security company.

Gilon served in the Shin Bet from 1972 just a few years after Israel occupied the West Bank and Gaza Strip, through 1996. He was the head of the service for a year (1995 to 1996), and then served in several public positions including the director of the Peres Center for Peace and Israel’s ambassador to Denmark.

Stephanie Breitsman and Ori Nir spoke with him at APN’s office in DC on June 29th,  2017, while Gilon was on a Washington visit organized by J Street.

Please subscribe to Peace Cast. We are on iTunes here and on Google Play here. Send me feedback to onir@peacenow.org and recommend the podcast to a friend. 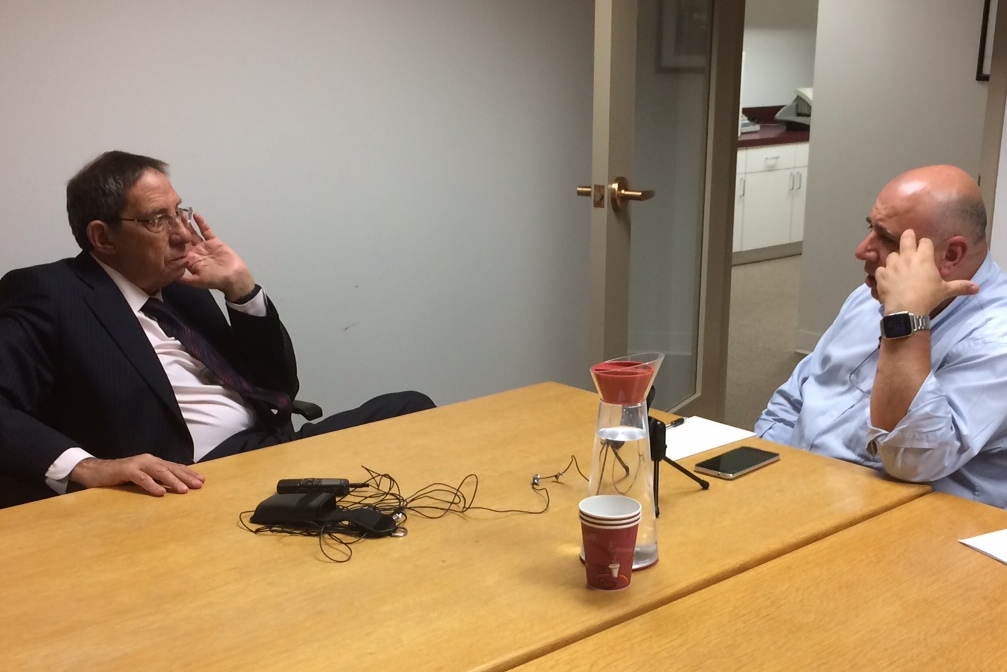 PeaceCast #42: Gaza's Sacred Cows
The Company We Keep
PeaceCast: Omar Shakir on HRW's New Report
Peace Now rally against the "Jewish State" bill in Jerusalem
"It's too much of luxury not to speak with our enemies." A letter from Dror Moreh, Director of The Gatekeepers
PeaceCast: Near Consensus - Dr. Guy Ziv, American University, and Benjamin L. Shaver, University of Chicago
PeaceCast: "Annexation 101" - APN Panel at J Street National Conference