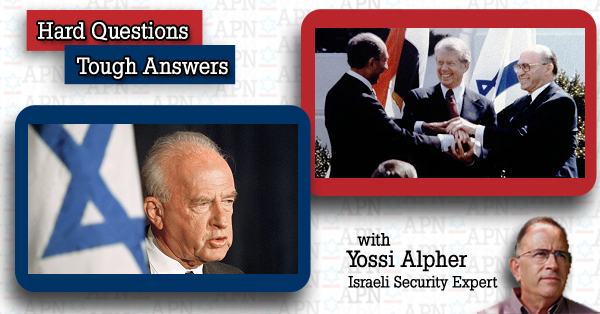 This week, Alpher suggests readings for understanding the historical backdrop of the current chaos in the Arab Middle East, readings that provide contemporary, historical and political backdrop, and books about Israel.

Q. Can you begin by suggesting reading for understanding the historical backdrop of the current chaos in the Arab Middle East?

A. Last year I recommended Scott Anderson’s account of Arab collapse, a nearly book-length article entitled “Fractured Lands: How the Arab World Came Apart” published in the NY Times Magazine. Since then I had the distinct pleasure of reading Anderson’s Lawrence in Arabia: War, Deceit, Imperial Folly and the Making of the Modern Middle East. The book has recently gotten a lot of play in Israel following publication of a Hebrew translation.

Lawrence is relevant to the current state of Arab world chaos and revolution. It tells the story of the making of the Sykes-Picot agreement that delineated the problematic and now partly erased modern borders of Syria and Iraq as well as those of Lebanon and at least in part Israel and Jordan as well. It is relevant to the history of the Balfour Declaration (now 100 years old) because it relates in unprecedented detail the story of Aaron Aaronson and the NILI underground that spied for the British and against the Ottomans who ruled the Yishuv during WWI. The book even reveals that the sister of Chaim Weizmann, first president of Israel, had a German lover and spied from Jerusalem for the Germans during that war.

All this is interwoven with a fascinating biography of the legendary Lawrence of Arabia during the war, battle by battle, intrigue by intrigue, that is superbly presented by Anderson. This is obligatory reading for understanding the 100 year-old backdrop to the recent crumbling of the Arab world.

A. Joby Warrick’s Black Flags: the Rise of ISIS, traces the evolution of ISIS through the biography of Abu Musab al-Zarqawi, its founder. Zarqawi was a Jordanian, and the Pulitzer Prize-winning Warrick tells his story by means of his excellent sources in Jordanian Intelligence. Of special interest are Zarqawi’s decidedly non-Islamist criminal origins, his initial testing in Afghanistan and eventually his devotion to slitting the throats of westerners for broadcast to the world. That inclination incurred the displeasure of al-Qaeda and helps explain the spiteful emergence of ISIS.

Zarqawi was killed in Iraq by the US in 2006. His replacement, Abu Baqr al-Baghdadi, has been repeatedly confirmed killed by both the US and Russia. Yet apparently he is still alive--he recently released an up-to-date broadcast to the faithful--even as ISIS continues to shrink in territorial size but not necessarily in Muslim world impact.

Another interesting read is Andrew J. Bacevich’s America’s War for the Greater Middle East: A Military History. To my mind it is not always objective. But its geostrategic sweep is impressive and informative.

For something a little more academic, try The Arab Uprisings: Catalysts, Dynamics and Trajectories, edited by Michael Hudson, Fahed al-Sumait and Nele Lenze. A number of interesting chapters are devoted to Tunisia: there the revolutions began in December 2010 and there and only there can the revolution be deemed to have at least partially delivered on democracy. Hudson’s “Reflections on the Arab Uprisings” is particularly enlightening.

For a brief and very contemporary look at Russia’s input in Syria since September 2015 in Russian eyes, Irina Zvyagelskaya’s chapter on “Putin and the Middle East” in Aldo Ferrari’s appropriately titled Putin’s Russia: Really Back is worth reading. And for riveting historical background, look at the late Yevgeni Primakov’s Russia and the Arabs. For decades there was no higher Russian authority on the Middle East than Primakov, who worked for Soviet intelligence, then headed Russian intelligence, and finally served as Russian foreign minister and prime minister.

Then there are the political philosophers whose teachings have had a huge impact on Arab revolutions. They are not so well known to the general public, but are very much worth exploring in the contemporary Middle East context. The works of Gene Sharp, an 89-year old New England professor, have been highly influential among modern democratic revolutionaries seeking non-violent ways to overthrow dictatorships or protect recently emerged independent nations, for example in former Yugoslavia and the Baltic region. The events in Egypt’s Tahrir Square in January and February 2011 offer another prime reflection of Sharp’s teachings; that they failed in Egypt and their advocates ended up in jail says more about Arab society than about Sharp. Try his From Dictatorship to Democracy and The Politics of Nonviolent Action.

Interested in understanding how and why Syria’s Kurds carved out a very secular socialist autonomous territory in northern Syria since 2011? The Syrian Kurds boast gender equality, an ecological emphasis and a touch of secular anarchy, all labeled communalism, subsumed under authoritarian rule, and replicated here and there among the Kurds of southeast Turkey. The intellectual mentor of Syria’s Kurds and the founder of communalism is another New England academic, the late Murray Bookchin. Try the 1997 Murray Bookchin Reader and his earlier Ecology of Freedom.

Bookchin and Sharp are academics. Not so another political philosopher, the man who persuaded France’s Nicolas Sarkozy to recruit the British, the US (“leading from behind”) and the United Nations to intervene in Libya in 2011. Their intervention led to the death of Moammar Qaddafi--the only Arab leader to die in the 2011 revolutions--and seemingly ensured that Libya would remain mired in revolution, tribal rivalries and chaos to this day. The protagonist was French “public intellectual” Bernard Henri Levy, a sometime journalist, maker of documentary movies about war and revolution and avid supporter of Israel. To get a taste of Levy, try his 2004 War, Evil and the End of History.

And take it with a grain of salt. While Bookchin and Sharp offered modern Middle East revolutionaries ideas that either succeeded (the Syrian Kurds so far) or failed (Egypt), Levy instigated a disastrous international intervention that Libya is still wallowing in. One day he’ll write or film his side of the story and claim the intervention succeeded. Voila!

A. Here are six, all focusing on recent Israeli political, security and diplomatic history.

Pulitzer prize winner Lawrence Wright’s Thirteen Days in September: Carter, Begin and Sadat at Camp David offers a day-by-day, blow-by-blow account of the historic meeting that forged a peace agreement between Israel and Egypt, after which the Middle East could never be the same. Precisely because that treaty holds admirably to this day, it is interesting to recall in detail how it came about.

As someone who followed the Israeli end of that meeting closely, I was particularly interested in Wright’s references to the memoires of Egypt’s then Foreign Minister Mohammed Ibrahim Kamel, who took part in the Camp David talks but resigned rather than sign the resultant peace treaty. On the other hand, missing from Wright’s narrative is the backdrop of an earlier attempt at Egyptian-Israeli peace, in 1971-72, when Henry Kissinger was the go-between for surprising Egyptian offers to reward an Israeli withdrawal from the Sinai Peninsula with some form of peace. Golda Meir and Moshe Dayan continually delayed addressing those feelers for domestic political reasons, with disastrous results when the Yom Kippur War broke out in 1973. For the narrative of those peace feelers based on recently released documents see Yigal Kipnis’s 1973: The Road to War.

Rabin’s November 1995 assassination in many ways marked a catastrophic turning point in Israeli political and diplomatic history. Benjamin Netanyahu’s subsequent election ushered in the current extended period (with the exception of short intervals of rule by Barak, Sharon and Olmert) of Likud rule. The historical background is provided by distinguished British historian Colin Shindler in his The Rise of the Israeli Right: from Odessa to Hebron.

Benjamin Pogrund’s Drawing Fire: Investigating the Accusations of Apartheid in Israel is a ringing condemnation of the occupation of the West Bank that begs to differ with all those in the Israeli peace camp who insist on calling that occupation apartheid. Pogrund’s perspective is unique: as a prominent journalist in apartheid South Africa he fought the regime until he had to flee. That was Israel’s gain.

Finally, may I be permitted to recommend my own book? The Hebrew version of Periphery: Israel’s Search for Middle East Allies has recently won two prizes for best book in the security field in Israel. Periphery describes Israel’s periphery doctrine or grand strategy of the 1950s, ‘60s, ‘70s and into the ‘80s, a time when a very isolated Israel, surrounded by Arab enemies, reached beyond them to make common cause with Iran, Turkey and Ethiopia.

I have spiced the Periphery narrative with anecdotes from my own role in the Mossad’s periphery operations, most of which took place well before the Israeli-Palestinian conflict became a fixture of our lives and completely clouded the Israel-Arab picture. Particular attention is paid in the book to Israel’s role in supporting the Iraqi Kurdish rebellion of the 1960s and 1970s. That was a precursor of today’s controversial Kurdish drive for independence (see last week’s Q & A), and helps explain it: note the Israeli flags the Kurds hoisted in some of their recent demonstrations.