APN to Trump: Cutting Palestinian Aid is Irresponsible and Counterproductive 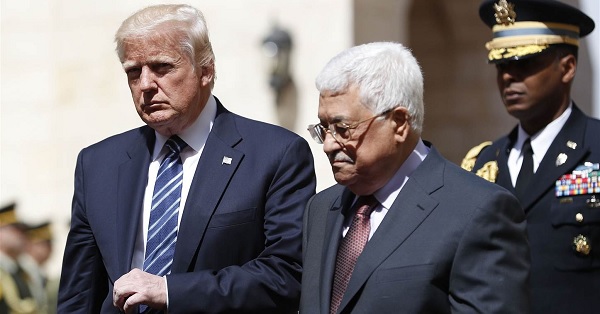 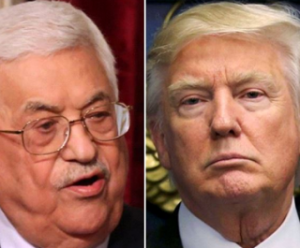 Washington, DC -- Following President Trump's ill-conceived announcement on Jerusalem, which upended prospects for a US-mediated Israeli-Palestinian peace, Trump this week lashed out at Palestinians. He threatened in a pair of tweets to cut off aid to Palestinians as long as they are "no longer willing to talk peace."

While Trump did not clarify which aid he planned to target, his tweets followed an earlier statement by US Ambassador to the United Nations Nikki Haley. She had indicated that the Trump Administration wants to quit funding the UN Relief and Works Agency (UNRWA), which provides assistance to some 5 million Palestinian refugees. The US is by far the largest single donor to UNRWA, providing $360 million to the relief organization for 2016.

UNRWA plays a vital role as a source of humanitarian assistance to Palestinian refugees living under severe stress in the West Bank, Gaza, Syria, Jordan, and Lebanon. Ending aid to UNRWA – and thus making it impossible for the already cash-strapped organization to provide food, medical care, and education to Palestinian refugees – is immoral and irresponsible.

Trump's threatened cuts may also apply to bilateral aid to the Palestinians. That aid consists of economic support funds disbursed by USAID and assistance to Palestinian Authority security forces and the criminal justice sector in the PA-controlled parts of the West Bank.

Both of these types of funding serve not only Palestinian interests, but also those of the United States and Israel.

USAID-administered project assistance is tightly regulated and carefully vetted, designed to support the needs of Palestinians while inhibiting instability and violence. As with US aid to UNRWA, cutting off economic assistance through USAID is detrimental to the basic needs of Palestinians. With Gaza already in humanitarian crisis, Israeli military officials are deeply concerned that the narrow and overpopulated Strip is a ticking time bomb. Cutting off aid there will deepen this crisis, and it will intensify opposition to Israeli occupation by Palestinians in the West Bank.

APN's President and CEO Debra DeLee said: "President Trump created the current crisis with his reckless decision to recognize Jerusalem as Israel's capital outside a negotiated peace settlement. Palestinian outrage in response to this one-sided policy change, which reversed the policies of previous Democratic and Republican administrations, was both predictable and understandable. Now President Trump is blaming the Palestinians for walking away from the negotiating table – after he, in his own words, has 'taken off the table' what Palestinians regard as one of their chief requirements: East Jerusalem as the capital of their future state. Attempting to force Palestinians back to that empty table with threats of aid cuts is doomed to fail. And carrying out such threats will cause a humanitarian crisis for Palestinians, and harm the national security interests of the United States and Israel. It is not surprising that prominent members of the security and diplomatic communities in both countries oppose this move.

"President Trump's tweets demanded 'appreciation' and 'respect' from Palestinians in return for US aid. Demanding that Palestinians forego their dignity and national aspirations to avoid losing American financial support must be a call to conscience for Americans, and particularly for American Jews, to reject Trump's latest assault on prospects for Israeli-Palestinian peace through a two-state solution."