APN Disappointed in Committee Vote, Calls on Senate to Reject Pompeo for Secretary of State 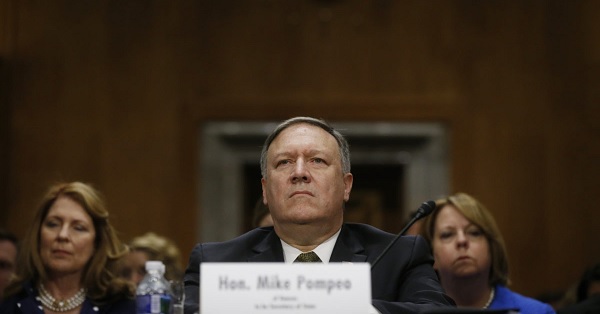 Washington, DC – Americans for Peace Now is deeply disappointed in the decision of the Senate Foreign Relations Committee to recommend favorably Mike Pompeo to become Secretary of State in a narrow party-line vote.

Debra DeLee, President and CEO of Americans for Peace Now, said: “Mike Pompeo favors ‘rolling back’ the ‘disastrous’ Iran nuclear deal that has earned the support of numerous American and Israeli national security experts. Together with President Trump’s new National Security Advisor John Bolton, Pompeo is likely to encourage Trump’s belligerent tendencies, which could lead to a confrontation with Iran that would put Israel on the front line.

“Pompeo’s disturbing anti-Muslim views and close relationship with anti-Muslim figures Frank Gaffney and Brigitte Gabriel and their respective organizations (Center for Security Policy and ACT for America) should also disqualify him. There is simply no place for such ignorance and hatred in the President’s Cabinet.

“Americans for Peace Now maintains that America’s top diplomat must believe in diplomacy, not warmongering, and tolerance, not religious bigotry. We are disappointed in the Senate Foreign Relations Committee’s narrow decision, along party lines, to favorably recommend Mike Pompeo. We strongly urge the full Senate to reject Pompeo for the position of Secretary of State.”