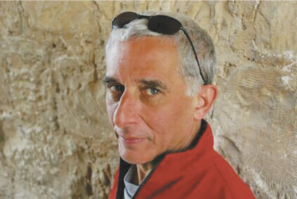 Danny also addressed other developments on the ground in Jerusalem and in Gaza.

Daniel Seidemann is a practicing attorney in Jerusalem who specializes in legal and public issues in East Jerusalem. He has participated in numerous Track II talks on Jerusalem between Israelis and Palestinians and served in an informal advisory capacity to the final status negotiations as a member of a committee of experts commissioned by Prime Minister Barak's office to generate sustainable arrangements in Jerusalem. He is the founder and director of Terrestrial Jerusalem, an Israeli nonprofit that that works to identify and track developments in Jerusalem that could impact the political process or permanent status options, destabilize the city, spark violence, or create humanitarian crises.