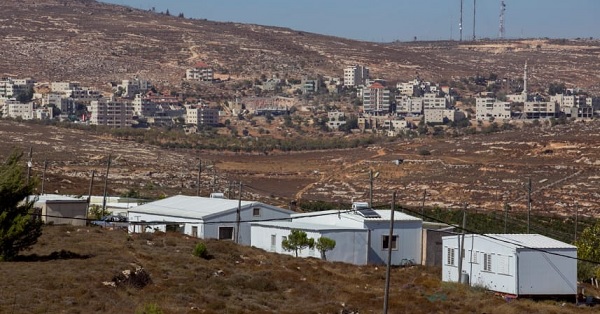 
In reaction to murderous terrorist attacks targeting West Bank Jewish settlers and Israeli soldiers, the government of Israel has come under pressure from the settlers to exact retribution against Palestinians. Two of the measures adopted are bound to open the floodgates for the legalization of existing settlement-outposts and the establishment of new ones.

Outposts are constructed by settlers without authorization of the Israeli government, in violation of Israeli law, and often on land owned privately by Palestinians. Most legal experts worldwide agree that all West Bank settlements are illegal under international law.


The two measures are:
• A bill that would legalize (“regularize”) as many as 66 illegal outposts, almost all of them located deep inside the West Bank, far from the 1967 lines, in areas that according to all past plans and draft agreements would become part of the future Palestinian state. The bill was drafted by extreme right-wing MK Bezalel Smotrich of the Jewish Home Party. Endorsed unanimously by the government’s Committee on Legislation, it is almost certain to pass the Knesset.
• A legal opinion by Israel’s Attorney General Avichai Mandelblit to approve a doctrine known as “Market Regulation.” This doctrine would permit expropriating land in the West Bank from Palestinian landowners (and financially compensating them) in cases where the land was taken from its owners “in good faith” (i.e. settlers claim they did not know that the land belonged to Palestinians). Implementing the doctrine, as AG Mandelblit indicated he is about to do, would allow the government to legalize settler homes illegally built on privately-owned Palestinian land, even without dedicated legislation.

For more about these two developments and their repercussions, see the background and analysis of our Israeli sister-organization, Shalom Achshav (Peace Now).