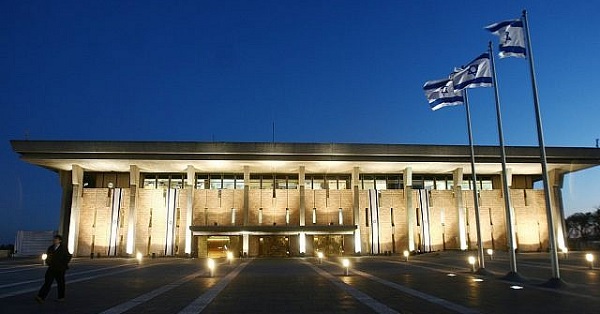 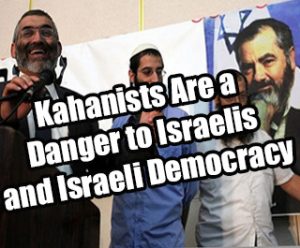 For decades, the consensus in Israel was that these racist extremist organizations should have no place in the
Knesset. We are outraged that right-wing political parties and their leadership have reversed course and opened the door for Kahanists to enter into the Israeli political mainstream.
Our organizations do not advocate for or against any candidate or party in any election. We stand together for the principles enshrined in Israel’s Declaration of Independence. Kahanism, empowered in government, represents a clear and present danger to those values.
Kahane’s party, Kach, was banned from the Knesset in 1988, was outlawed as a terrorist organization in Israel in 1994, and still appears on the US State Department list of Foreign Terrorist Organizations.
Modern day Kahanists are working to divide Israeli society by stoking racial fears. They seek to strip all non-Jewish Israelis of basic rights; many encourage violence toward Arabs and LGBTQ Israelis. These Jewish supremacist organizations often use incitement to violence to promote their racist agenda. That’s why the US State Department, the EU and the Canadian government all list Kahanist organizations as terrorist groups.
Today's Kahanists have been convicted numerous times for support for terror organizations and incitement to racism. Michael Ben-Ari, a leader of Otzma Yehudit and candidate for Knesset, was denied a visa to enter the US due to the State Department's "prerogative to ban terrorists from entering the country."
As Americans, we have seen the devastating effects of elected officials embracing white nationalist groups. In America, deadly right-wing extremism poses a clear and present danger to our democratic society. In Israel, it is Kahanists -- and the political mainstream that embraces them -- that pose the most direct threat to Israel’s democratic fiber.
We call on our colleagues in the American Jewish community and Jewish organizations to stand for democracy and equality and join us in affirming that Kahanists have no place in the Knesset.
Signed,
Americans for Peace Now
Ameinu
J Street
National Council of Jewish Women
New Israel Fund
Partners for Progressive Israel
Reconstructing Judaism
T'ruah: The Rabbinic Call for Human Rights