Hard Questions, Tough Answers (May 20, 2019) - The Syria/Hezbollah/Israel factor in the US-Iran confrontation, with Mediterranean gas thrown in 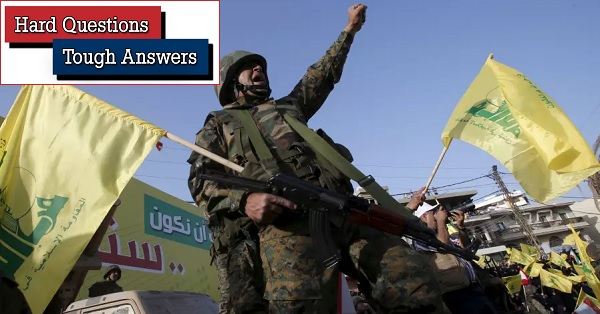 Q. The recent escalation of tension between Iran and the US poses the danger of Israel being dragged into an armed conflict with Iran. You mentioned this in passing three weeks ago. What are the possible parameters of such a confrontation?

A. Israel is not likely to participate in expanded aggression against Iran merely at the bidding of US National Security Adviser John Bolton. If a US-Iran shooting war of any sort breaks out, the fighting is likely to be confined to the Persian Gulf region and/or to skirmishes with pro-Iranian militias in Iraq: not Israel’s war. President Trump, who has repeatedly declared his aversion to involving the US in another Middle East conflict, seems unlikely to request or encourage Israeli involvement beyond the realm of intelligence.

Still, there are two nearby arenas where the Tehran leadership might seek to send a hostile message to Trump by engaging Israel in conflict. Were this to happen, it would constitute a more escalatory step than the “anonymous” attacks we witnessed last week against ships carrying Arab oil in the Persian Gulf and the rockets fired by Yemen’s Houthis at Arab energy targets, as well as the weekend’s rocket attack not far from the US embassy in Baghdad.

Q. What’s the first of the two nearby arenas?

A. Syria. Just last Saturday Israel was accused by Damascus of firing missiles at targets deep inside Syria. There, Iranian weaponry was apparently being delivered to Iranian and Iranian-proxy forces on Syrian soil or, alternatively, trans-shipped to Hezbollah, Iran’s close ally in Lebanon. In the course of the past two years of such attacks, Iran’s response--beyond anti-aircraft fire--has been minimal: a missile fired at the Golan (and intercepted), a drone flown across the Golan into the Israeli heartland where it was shot down.

Still, Iran might choose to consider the Syria-Israel front as an alternative arena for sending messages to the Trump administration. It would be easy enough to engineer a provocative arms shipment for Israel to attack, following which Iran would respond with a missile volley into the Golan and northern Israel, and/or border penetrations by Iran’s Hezbollah proxy, which still has forces in Syria. Israel would probably respond in force to send a deterrent message.

The resultant conflagration could bring the Russians into the picture; in the name of regional stability Trump might be asked by Moscow to ease up on the pressure his administration is applying to Iran’s energy sector. Conceivably, with Russian (or Omani or Kuwaiti) mediation following a heavy Iran-Israel clash, Iran and the US could open up a negotiating channel without either side losing face. Only Israel and Syria would pay a price--something that would hardly perturb the Arab world.

Q. And the second arena? Hezbollah in Lebanon?

A. Not only Hezbollah with its 130,000-strong missile and rocket arsenal directed at Israel, but possibly Islamic Jihad in Gaza as well. Both are consistently armed and supported financially by Iran. In the last round of fighting between Israel and the Gaza Strip, Islamic Jihad demonstrated an upgraded ability to fire accurate rockets in large salvos that, by virtue of numbers, here and there overpowered Israel’s Iron Dome anti-rocket missile defenses and hit their targets, particularly in Ashkelon and Ashdod.

Note that Islamic Jihad is a minority partner alongside the larger and dominant Hamas in Gaza. But it seems to be demonstrating that, with Iranian backing, supply and training, it can outperform Hamas. Yet in the event of a joint Iran-inspired move by Hezbollah and Islamic Jihad to launch a two-front missile attack on Israel, Gaza would be a secondary front. It is safe to assume that Hezbollah has obtained the same anti-Iron Dome technology that Islamic Jihad demonstrated. And Hezbollah has a virtually unlimited supply of missiles that can reach deep into southern Israel, and a far better developed source of ordnance supply and resupply. Gaza, after all, is surrounded on all fronts by Israel and Egypt with their armies and navies; Hezbollah borders on Syria with its sophisticated Iranian presence and its Russian protection.

At least in the short term (until Israel successfully upgrades Iron Dome), the likelihood of heavy damage in Israel from a massive Hezbollah missile attack has gone up.

Q. But here we encounter a distinct difference between Gaza and Hezbollah in Lebanon.

A. Indeed. In retaliation for missile strikes, Israel does not threaten to destroy Hamas--PM Netanyahu prefers a tame Hamas leadership in Gaza to all the alternatives. Besides, there is no real infrastructure for Israel to retaliate against in the Strip. Lebanon is different: here a variety of military and political figures in Israel have put Hezbollah on notice that if it attacks Israel, the latter’s response will be directed at decimating the entire country of Lebanon.

Q. Surely this threat--assuming Hezbollah takes it seriously--gives Hezbollah pause: attack Israel and inflict all that suffering on their fellow Lebanese for the sake of Iran?

A. This is where energy interests enter the picture. Specifically, gas exploration and production in the Mediterranean. Imagine an Israel-Hezbollah clash over drilling rights--with Hezbollah “volunteering” patriotically to fight Israel on behalf not of Iran but of its fellow Lebanese. Hezbollah leader Hassan Nasrallah has threatened to attack any and all Israeli drilling rigs for years and Israel has invested heavily in their defense by sea and air.

Israel and Egypt are the most advanced eastern Mediterranean littoral countries in terms of discovering and exploiting gas deposits deep beneath the sea floor. Israel’s first successful gas strikes were announced in 2010. It is already converting much of its economy to gas and is selling gas to Egypt, Jordan and the Palestinian Authority. Cyprus and Greece are not far behind, and are cooperating with Israel in planning extensive energy infrastructure projects.

So far, so good. Lebanon, for its part, is just beginning to explore its sea-bed, having dithered for years over the project due to domestic political paralysis. But here’s the catch: it has staked out a maritime border claim, in accordance with which it is issuing offshore gas and oil drilling permits, that overlaps with Israel’s maritime border to the tune of 330 square miles of Mediterranean Sea.

The disputed zone is triangle-shaped from a starting point at the Rosh HaNikra Israel-Lebanon UN-supervised border crossing. Lebanon draws a line westward from there that lies further south than Israel’s line. Note that Israel’s withdrawal from southern Lebanon in 2000 was overseen by UNIFIL, the UN peacekeeping force in southern Lebanon. UNIFIL delineated a “blue line” land border between the two countries that is 99 percent agreed between them. At the time, the maritime border seemed of little importance. Today it could be the next casus belli in the region.

Q. No one mediating?

A. UNIFIL had no mandate in 2000 regarding the marine border. Besides, Israel prefers US to UN mediation.

In February 2012, State Department Special Envoy for Middle East Peace Frederic Hof undertook the task of mediating the Israel-Lebanon maritime border. Hof had already been involved in abortive mediation attempts between Israel and Syria. Israel communicated to him its willingness to resolve the dispute by reaching a compromise in direct talks with representatives of the Lebanese government. In April 2012, Hof submitted a proposed compromise which then Israeli Foreign Minister Avigdor Liberman agreed to but Lebanon refused to address, just as it refused to talk directly with Israel about the matter.

The matter was dropped until recently, when Lebanon began to issue drilling permits in the same disputed zone where Israel had previously issued permits. This seemingly makes a clash inevitable. It renders renewed attempts at mediation urgent lest the entire Israel-Iran-Hezbollah-Syria conflict enter a new and dangerous phase at a time when US-Iran military tensions are growing. Hof’s old role has now been assumed by US Acting Assistant Secretary of State David Satterfield, who met in mid-May with senior Lebanese officials.

Hof’s compromise proposal is now apparently paralleled by a unilateral Lebanese decision to alter its maritime border to as to reduce the size of the disputed maritime triangle. Sadly, the usual solution to disputes of this nature--setting up a joint binationally administered company to drill, and splitting the profits--is out of the question in view of Lebanon’s refusal to have direct contact on the issue with Israel.

A. Israel’s northernmost active producing gas field, “Karish”, is located within Israel’s maritime drilling zone even according to Lebanese calculations. So Satterfield is still able to deal with a maritime zone that is being explored but not yet exploited.

All the while, Hezbollah, which deploys a naval force as well as drone attack aircraft, is far more cohesive and better trained than Lebanon’s decrepit armed forces and is increasingly dominant politically in Lebanon. It is poised to muddy the Mediterranean waters for a “patriotic” cause that could escalate into a multinational conflict involving the US and Iran.

We should all wish Satterfield success.