Rosh Hashana: A Holiday of Hope 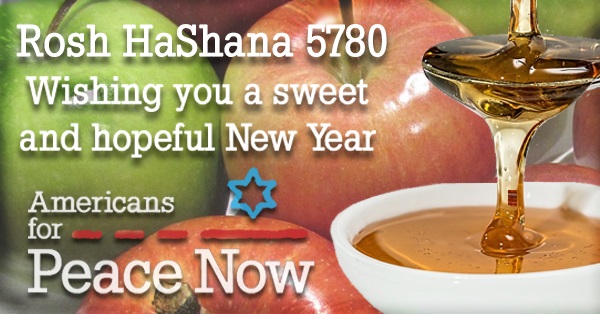 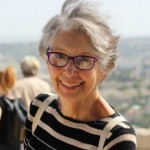 I groaned when asked to write a peace parsha for Rosh Hashana this year.  It gets harder each time. The reasons for optimism fade almost daily. With a critical election looming in Israel and an American president who calls Jewish Democrats disloyal, it's tempting to just walk away from the Israel issue and our longstanding struggle for an end to the Occupation and the creation of a Palestinian state.  Every once in a while, I remember the feeling of euphoria after the signing of the Oslo Accords on the White House lawn in 1993. We used to make a gesture -- thumb and forefinger a scant millimeter apart -- and say to ourselves, "Peace is this close. It can never go back to the way it was." Didn't really happen that way, right?

I'm tempted to ask, as in Psalm 121, from whence cometh my (our) help? Actually, Rosh Hashana does offer some guidance. It's a holiday of hope: Hope that our sins of omission or commission of the past year will be forgiven if we sincerely try to right those wrongs. Hope that the coming year will represent progress on our issue. Hope that our own lives will measure up to our aspirations. Hope that the world will return to a measure of sanity.

Rosh Hashana represents the beginning of a new cycle, a chance to start again.  When we eat a boiled egg at the holiday meal, we pay tribute to the fullness of the year to come which begins now and then comes full circle as we start again next year.

When I'm occasionally tempted to succumb to feelings of helplessness, I force myself to picture all the Shalom Achshav colleagues and supporters, in Israel and here in the U.S., who don't give up. They know that as Jews we are not required to finish the task, but neither are we exempt from neglecting it (Pirkei Avot).  If they are not walking away, how can we?

The antidote to despair is activism, which is why this year I'm urging an all-out push to support Shalom Achshav and Americans for Peace Now in their crucial work at this critical juncture.  Work even harder in the coming year for the causes you believe in. And never give up hope that we have the ability to change things. That's what Rosh Hashana means to me.

"The hope thing"
Yom Kippur 2014/5775: We can change the story now
Building for Peace, Sukkot 5775
"Appearances can be deceiving" - A letter for Rosh HaShana from Jim Klutznick, APN Chair
On this Rosh Hashanah, we wish you a year of light, hope, and peace
Putting my money where my words are.
We Welcome The New Year And The Change We Hope It Brings