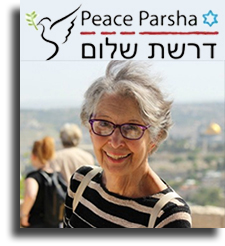 Genesis (Bereshit) is filled with episodes which raise profound questions. Yesterday’s parsha told the story of Noah and the near-destruction of the world, followed by the tale of the Tower of Babel. If I chose to write about Noah I would title it, “Missed Opportunities” and I would start by describing my favorite New Yorker cartoon which shows two dinosaurs sitting atop a small rock, the waters rising all around them. In the far distance a large wooden ship sails away. One of the dinosaurs says to the other, “Oh crap, was that today?” A major missed opportunity, no? (No wonder dinosaurs went extinct.)

Or – I could write about the current electoral impasse in Israel and describe it the same way. Is the system so broken a clean, decisive election is impossible? Does the rightward tilt of the Israeli Jewish public make an alliance with the combined Arab parties an impossibility? Whatever the cause, the Palestinian issue wasn’t raised in the two recent campaigns – and isn’t likely to be dealt with in the foreseeable future. Another monstrous missed opportunity…….

The Tower of Babel story is even more problematic: Why in the world would God want to scramble a unitary language and make communication between peoples impossible? It took a Polish Jew in 1873 to re-write this bit of our history and create a universal language which he called Esperanto (‘one who hopes’). Ludwig Zamenhof believed that the inability of people to communicate with each other because they lacked a common language led inevitably to war between them so he created a new one. In his utopian vision, this would put an end to war. Between the two Great Wars, more than a million people in countries all around the world spoke Esperanto and came together in a conference every year…..But the onset of World War II gave the lie to Zamenhof’s theory of language-as-peace-builder, and now Esperanto is a hobby like golf or gardening. A missed opportunity for world peace?

Recently I met Shaqued Morag, Executive Director of Shalom Achshav, our sister organization in Israel. She and the other activists know the value of not missing opportunities. They’re using this period when everything is in flux in Israel to organize, educate, and persuade Israelis and Americans that the two-state solution is the ONLY solution to the seemingly-intractable conflict. I didn’t hear them complain or whine about the despair they surely must feel from time to time. Instead, they know that the alternative to despair isn’t hope. It’s activism. I choose to follow their lead and the best way to do it is to support Americans for Peace Now and Shalom Achshav. Missing the boat – or the ark – isn’t an option.

My last week and our New Year's letter to you
Full text of remarks by Secretary of State John Kerry on Israeli-Palestinian peace
APN Legislative Round-Up: January 13, 2017
News Nosh 01.08.17
From the Hebrew-language press: Shimon Shiffer & Yossi Melman on the Battle Over More $$ for Israeli Missile Defense
Members of Congress in Support of the Iran Deal
Secretary Kerry's Saban Forum Speech: Save the Two-State Solution