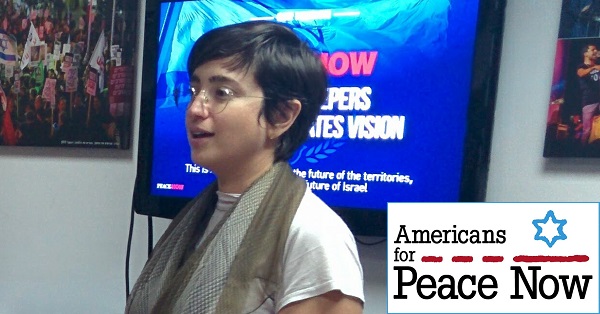 My name is Shaqued Morag, and I accepted the directorship of Shalom Achshav about 18 months ago. I appreciate this opportunity to communicate directly with you.

Between Benjamin Netanyahu’s peace-rejectionism and his government’s moves towards annexation, the extreme right settlers’ acts of violence and vandalism, and the Trump administration’s anti-peace policies, the beginning of the past year felt like the worst of times.

Some fear a collapse of the possibility of a two-state solution entirely.

But now, at last, there is some good news to share.

Yes. Not enough, just yet, to offset all the bad, but, for the first time in many years, enough to give us a concrete hope for change.

I am very encouraged by the trends we witnessed in the past two election cycles. What we saw both in April and in September is a large segment of the Israeli public voting for moderation, against extremism—both nationalistic and religious extremism—and in support of democracy and democratic institutions. Parties that stand for these values won 57 mandates. Meretz and Labor even managed to pass the threshold in the nation’s scramble to vote for Blue and White as the strategic vote against Netanyahu. Parties opposed to the two-state solution received just 39. Otzma Yehudit, the Kahanist party that champions racist views, did not cross the threshold, and received zero Knesset seats. Even in West Bank settlements, the bastion of its support, Otzma Yehudit only garnered 7% of the vote.

There was more good news in these election cycles: the emergence of a political alliance between moderate Israeli Jews and Arab citizens of Israel.

Between both segments of the population, there is a robust recognition, for the first time, that such an alliance is vital for ending the Israeli ultra-right’s monopoly on power and for the creation of a just peace. For the first time, in the lead-up to the September elections, the leader of the Joint (Arab) List, Ayman Odeh, declared that he would be willing to join a center-left Knesset coalition and could prove critical to preventing a vote of no confidence to secure a center-left minority government. 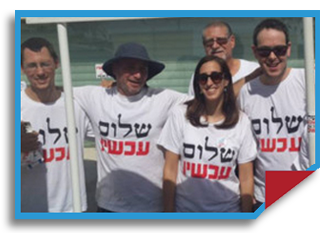 On the wings of this hopeful atmosphere and during the past several months, volunteers have been showing up at our offices, asking to be put to work to advance peace. Peace Now and its activists distributed literature, organized tours, and were at the forefront of challenging the annexation rhetoric—both with viral messaging and data-driven analysis from the Settlement Watch team.

We find ourselves invited to meetings all across the country. People—especially young people—are newly energized to see Israel turn over a new diplomatic leaf.

And that’s why we need your support. This coming academic year, we are predicting the most substantial demand from pre-military academies for our flagship settlement tours in the West Bank. We are also already shifting more of a focus to Jerusalem to protect the vision of “two capitals for two states” by launching a direct action and legal onslaught against the authorities and settlement organizations attempting to turn our national conflict into an explosive religious one. Last but not least, we need activist materials to make our demonstrations in the street something that no politician can ignore.

At every critical turn of events—from the international backlash, to the continuous violence in Gaza and the West Bank, to our prime minister’s pathetic attempt to sell Israel’s democracy for the settlement agenda to save his own legal troubles, we raised our voices to remind the nation that there is a better way. And I can tell you more good news; every day I meet young men and women who are everything that our forebears would have wished for. So there is hope. Real hope. The headlines will tell of the fanatics, of the extremists, of the haters. This exists, but my daily rounds tell me of a very different Israel.

And we need more funds for advocacy and education. And more fliers, maps, and picket signs for our direct actions, not just in Tel Aviv and Jerusalem, but also in the north, the south, and new areas in the periphery. Because the very worst thing that could happen is that we don’t have adequate resources to meet the demand for our services.

And we need this not just for Israelis, but also for stakeholders and concerned Jewish communities abroad.

When diplomats come to Israel and need tours of settlements, they ask us. When journalists need statistics and facts, they ask us. When tour groups have this issue on their agenda, they turn to Shalom Achshav. Foreign Ministers, State Department officials, American Jewish groups, you name it, use us as a resource.

Believe me when I tell you that the enemies of peace are tremendously well-funded. They lack for nothing in their subversive work. If we are to succeed, and we dare not fail, we must have the tools that the struggle requires.

You are our partners in the struggle. Your continuing support, through Americans for Peace Now, especially during these recent years, has been crucial to our efforts, both symbolically and in the most practical ways. APN’s monthly grant to us is essential in maintaining our current capacity.

But, as I have said, we want to expand, and we truly need more support. This year we reactivated multiple student chapters in universities and mobilized them around our “Brave Leaders Make Peace” campaign to draw attention to the 40th Anniversary of the Egypt-Israel Peace Treaty and its lessons for an Israeli-Palestinian peace. This coming academic year, we stand poised to expand to more universities and colleges. 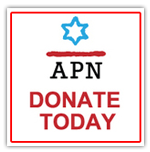 They tell me that Americans do much of their philanthropy near the end of the year. Your philanthropy, to my way of thinking, is an investment. I very much hope that as this year draws to a close, you will find it in your heart to lend us a hand with as generous a tax-deductible contribution as you can afford. Your investment in us will pay dividends in leading to a two-state solution.

And I promise you: Help us acquire the means, and we will do the job.

What Peace Now does best, from Shaqued Morag, Peace Now Director
"A beacon of hope" - Message from APN Board Member Richard Gunther
Peter Edelman: "Join me in honoring the Gunthers and the work that APN does"
Listen: Briefing Call - Undermining Peace: The Silwan Tunnel and the Trump-Netanyahu Jerusalem Policy (Thurs, 7/11, 2pm EST)
Shavuot - "Choosing Hope" from Jim Klutznick, APN Chair
APN In the News: August 18- August 24
APN In the News: July 27-August 03