My tenure as CEO is ending... 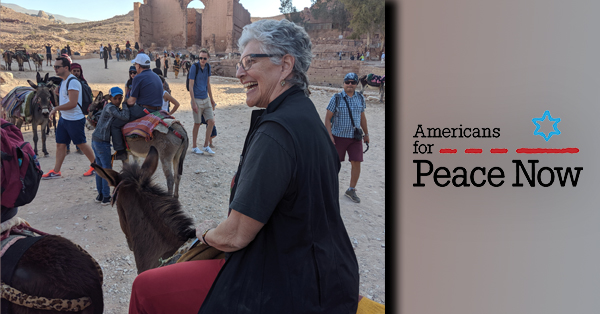 From Aviva Meyer, APN Vice Chair, who has served as interim CEO:

To my family and friends...

To all those who know me well...

To those who know me slightly...

To those of you who have never heard of me...

And to the APN staff and board,

I address this letter... my last formal communications as Acting CEO of Americans for Peace Now (APN):

In the summer of 2018, Debra DeLee, the wonderful long-time President and CEO of Americans for Peace Now, called me in France (where I was planning to stay through October...lucky me...) to tell me that for personal reasons she was going to have to retire. 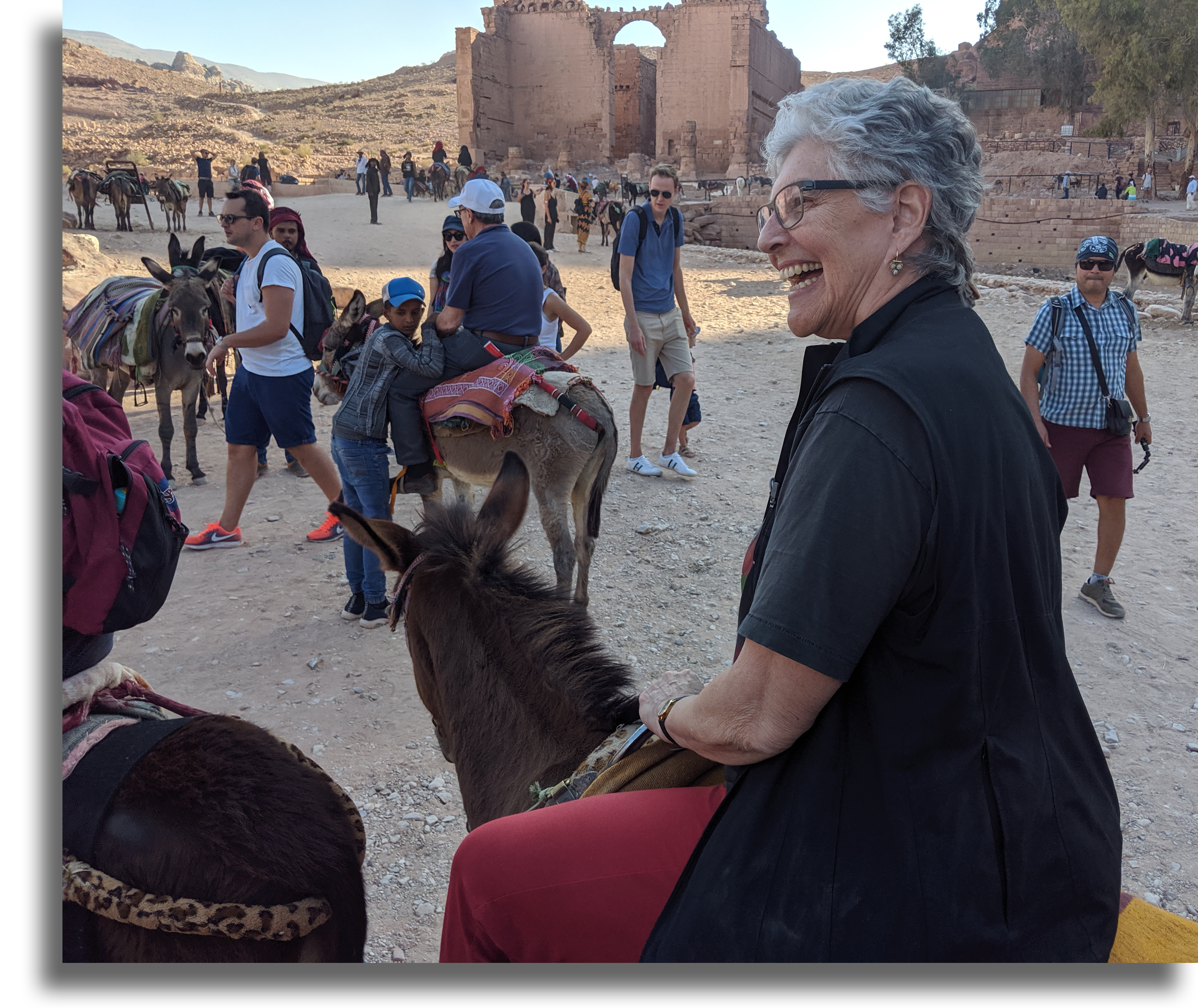 (Photo: Me during an APN Study Tour in Jordan -- in very different times!)

APN’s Board of Directors was just finishing a strategic planning process, and we were therefore not quite ready to begin a search for Debra’s successor. Debra thought I would be an appropriate candidate to serve as an interim CEO because I am Vice Chair of APN’s Board, and, as many of you know, I live in Washington DC, where APN’s headquarters are located. I have had a long professional career (don’t even ask) in nonprofit work, focusing for most of those years on supporting a Jewish and democratic Israel. APN needed someone to “keep things going” for about three months. Would I do it as a volunteer? APN would be very grateful if I would agree to step in, Debra said.

Of course, I said yes.

I was retired, I certainly know and care about Israel. I know the nonprofit world, and the biggest sacrifice I would be making would be to come home two months early from France. No big deal! I said yes.

As I write to you now, it is 22 months later (if Debra ever uses me as a reference for a job, I will feel compelled to say that she can’t count!). I am delighted to inform you that we have just hired a fabulous replacement for Debra. More details in a couple of days.

Before I step back into my Board role, I thought I would share with you some of what I have learned at APN over these 22 past months, and why I am so satisfied that I said “yes” back then, in the hope that I might motivate you to think about matters I have had to consider over the past two years.

So, in response to many of you who have asked me why I don’t give up on Israel already (presumably they have...or are about to give up), I have several points to make (I always try to smile and listen politely):

When I see the people who make up APN and support it – and after 22 months “on the job,” I know APN’s staff and the Board in a new, personal way -- I feel even more motivated to do whatever I can. I hope you feel the same way.

Whether that means giving financially, giving your time, or introducing APN to your friends and family to expand our outreach; whether it is keeping yourselves up to date by reading our materials or by joining our various programs (telephone briefings, podcasts, petitions, study tours to Israel).

I can only say that while these past two years have been very full (yes, it has been a lot of work), they have given me even more than I have been able to contribute to APN. The staff and fellow Board members (starting with our Chair Jim Klutznick, who has been by my side the entire time) have given me great support.

I can only hope that in some small way, this thank you and farewell (I am not going far, just back to the Board) will motivate you to do more to support APN. I can assure you that just as I was motivated and inspired by giving what I had – my time and experience – so will you be motivated and gratified by your giving.

There remains much for us all to do. Our Israeli progressive partners need us now more than ever. We need to do our share. We owe it to them.

Kadima! Off we go!