APN's Ori Nir in the Forward: "Peace with the UAE is fabulous. But Israel’s existential problem is at home" 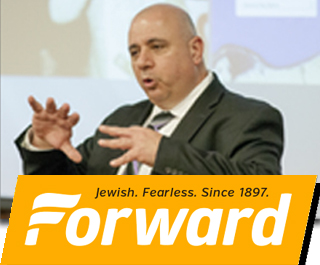 Shortly after the El Al jet arrived back from Abu Dhabi at Ben Gurion Airport last Tuesday, bringing the dignitaries and a large chunk of Israel’s press corps home, an Israeli radio channel broadcast a scoop: Israel and the United Arab Emirates will negotiate jointly sending astronauts to outer space. There was great excitement in the studio. “UAE and Israeli astronauts, together, in the same rocket ship,” crowed one anchor, while the other quipped that “They’ll pay for the fuel.”

That same night, three Gazan siblings, a five-year-old and two toddlers, were burned to death at the Nussirat refugee camp in the Gaza Strip. Most Gazans still get only four hours of electricity per day, so they are forced to light candles after nightfall. It was by these candles that the fire in the al-Hazeen home started, and because of the water shortage in Gaza, relatives and neighbors could not find a water source to douse the flames.

This tragedy is no anomaly. Between the shortages, the violent exchanges with Israel and now COVID 19, Gaza is on the brink of collapse.

In Israel, another tragic fire that same night devoured the School of Peace at Neve Shalom or Wahat Al-Slam, the Israeli community in which Arab and Jews live together to model what peace and reconciliation might look like among people who share this tortured land.

But neither of these two tragic fires got any coverage in the Israeli media.

It’s fabulous that Israelis and Gulf Arabs are reaching for the stars. But Israel’s existential problem is not Abu Dhabi or Dubai or the dark side of the moon. Its problem is its conflict with the Palestinians who live thirty minutes from Tel Aviv, under a 53-year-old oppressive occupation which is a calamity for Palestinians and Israelis alike.

On the El Al flight from Dubai, and certainly from outer space, you don’t see the flames that are turning Palestinian and Israeli lives to ashes, that are denying liberty and dignity from generations of Palestinians, and burning ever-growing holes in the body of Israeli democracy.

Of course, Israeli Prime Minister Benjamin Netanyahu is celebrating. At a press conference on Monday, he congratulated himself for writing, years ago, that Arab-Israeli peace can be accomplished without Israeli territorial concessions — in other words, while ignoring the Palestinians and their conflict with Israel.

Have a ball, Mr. Prime Minister! You did indeed tell us so. And you’re right: Israelis can now openly do business with their Emirati counterparts. They can even admire Palm Jumeirah, and shop at Dubai’s mall. One day they may even look up to the sky and see the spaceship with their astronaut blissfully enjoying weightlessness with his or her Emirati partner. “Normalization,” they’ll say.

But as they do, their sons will continue to patrol the streets of West Bank towns and villages, confront men, women and children who hate them and who seek revenge. And as Israelis relish the Gulf, their beloved country will sink deeper and deeper into an apartheid-like bi-nationalism, with no horizon and no hope for normalcy.

In the past couple of weeks, I heard from Palestinian friends in the West Bank. They had familiar messages, ones I’d heard during the First Intifada of the late 1980s, in the Second Intifada twenty years ago, and at other times of trouble for Palestinians. We are not going anywhere, they say. Neither are you. You Israelis have vast military and economic strength on your side. We have patience.

Granted, Israelis, too, are patient. And, yes, and the Sumud (steadfastness) strategy has not served the Palestinians very well as Israel keeps gnawing at their ever-diminishing slice of Palestine. Palestinians could use a forward leaning, proactive strategy to advance toward statehood. But as Mahmoud Abbas would tell you, steadfastly adhering to the diplomatic two-state negotiation strategy with Netanyahu’s Israel has not yielded great results either.

My friend Zuheir al-Dib’i, a veteran journalist and Muslim cleric from Nablus, wrote last week in the Palestinian newspaper Al-Quds, “We shall not lose hope and shall not let despair infiltrate us. We shall continue to champion hope, liberty and life.”

Let’s hope that peace, as a value and as a national security necessity — a concept that for the past decade or so was all but dormant in Israeli collective consciousness — will inspire Israelis and their leaders to mind their backyard while they savor the Gulf, and focus on resolving the problem that really matters: their relationship with their immediate neighbors.

Ori Nir, an Israeli-American, is a spokesperson for the Washington-based Americans for Peace Now and a former reporter with Israel’s Haaretz Daily and the Jewish Forward. Twitter: @orinir_APN.