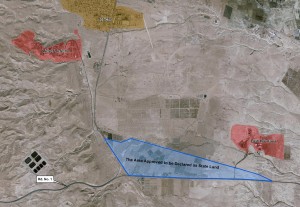 Expropriation order for 25.7 acres (104 dunams) of the Azun village, east of Qalqilya, for paving the ~2.5 Km “Nabi Elias Bypass.” The road is intended to improve the route between Israel and the settlements of Karnei Shomron and Kedumim, by passing the Palestinian village of Nabi Elias.

Officially, the expropriation is intended not only for the settlers, but also for the Palestinian residents of the area.  According to international law, an occupying country may not expropriate resident lands unless it is intended for use by the occupied population.  Applying this method, Israel has expropriated thousands of acres for roads used by settlers and Palestinians, but the construction of such roads considered the travelling needs of the settlers and not necessarily those of the Palestinians.  It is safe to assume that had the roads been planned toward developing the West Bank for the Palestinian residents, the roadmap would be different.

On 18 October 2015, the government decided to promote the pavement of four bypass roads for the settlers, including the Nabi Elias bypass.  The project cost is estimated at 48M NIS and the budget was approved by the Ministry of Finance Exceptions Committee in November.

The main highway (Rte. 55) currently goes through the village of Nabi Elias.  The government states that the road is intended to solve safety issues on the current road.  If safety was indeed a consideration, the government could have solved the problem along the current route, without paving a new road and expropriating lands.  The pressure for paving the new road was exerted by the settlers for whom driving within the Palestinian village is a security issue.

The Palestinian landowners intend to appeal the expropriation, but past experience demonstrates that such appeals are usually dismissed.

Declaring ~13 acres as State Lands for The Migdalim Settlement

On 23 December 2015, the Head of The Government Property in Judea and Samaria declared ~13 acres near the Migdalim settlement as state land. According to the government, this is not a new declaration of state lands, but rather a “delineation amendment” of an old declaration pursuant to a review by the Civil Administration’s Blue Line Team. Migdalim was built on ~74 acres of Qusra and Jorush lands, which were declared state lands in 1984 and 1990. It is important to note that the delineation amendment includes a deduction of ~12 acres from the original declaration.

The Supreme Court is currently presiding over a petition filed by landowners from Lubban al-Sharqiya together with Bimkom and Yesh Din (SCJ 7986/14). The petitioners claim that the Blue Line Team delineation amendments comprise a new declaration and that a declaration must be made to enable the landowners to appeal and attempt to prove their ownership of the land. In response to the petition, the government announced a new procedure by which Blue Line Team amendments would be published and the public would be afforded the opportunity to submit its reservations – but the procedure does not allow for appeals similar to the appeals of state land declarations. According to the petitioners, the procedure does not provide the landowners a real opportunity to appeal the decision and it is subject to an arbitrary ruling by the Head of the Civil Administration.

In addition, in November 2015, another 30 dunams were declared as state land near the settlement of Karnei Shomron. 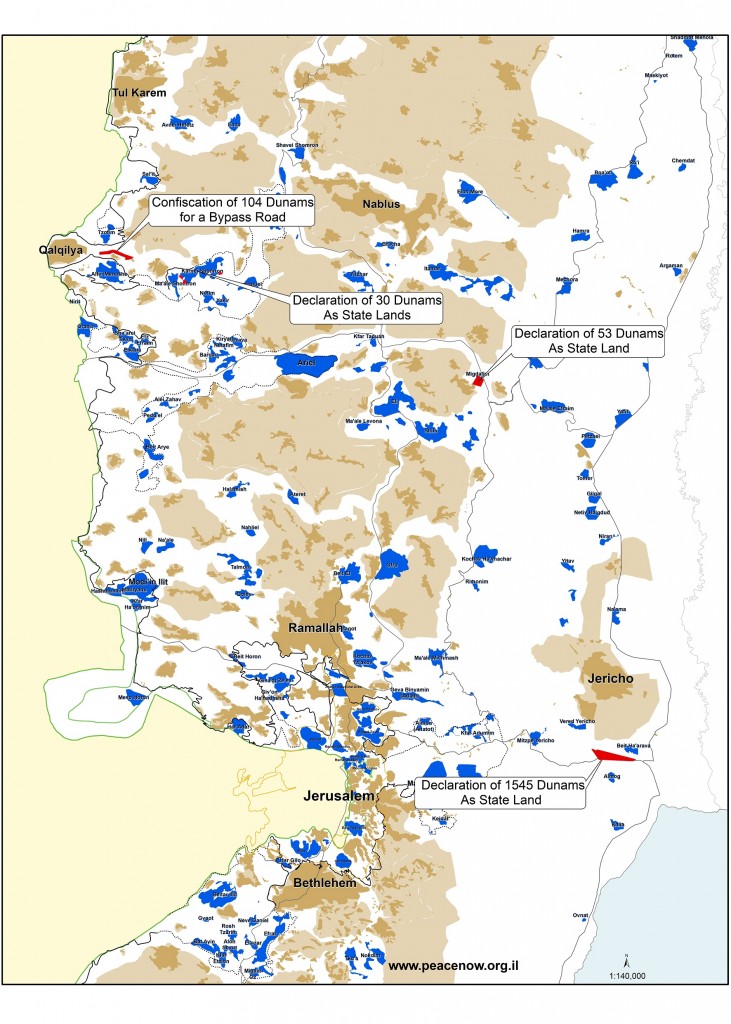