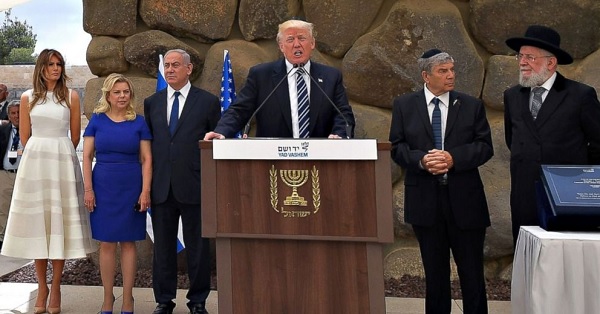 The government of Israel is set to endorse a bill, which – if passed by the Knesset – would be the most dramatic, far-reaching piece of Israeli legislation on West Bank settlements in decades. The bill would annex to Jerusalem nine settlements located in the heart of the West Bank, including three of the largest West Bank settlements, creating a situation on the ground that would make the establishment of an independent Palestinian state all but impossible. Prime Minister Netanyahu said he will endorse the plan, and the Cabinet’s Ministerial Committee for Legislation is expected this coming Sunday to approve it and send it to the Knesset for a vote.

Past U.S. administrations, Democratic and Republican, would have nipped such initiatives in the bud, telling the Prime Minister of Israel to nix them before they reach the Cabinet’s legislation committee.

“The following is on background from a State Department official:

No protest. No condemnation. Not a word about a two-state solution. Instead, an assertion by an unnamed official, on background, that the President’s position on settlements is clear (really? what is it?) and a hollow comment on “steady progress” (what progress? progress toward what?).

If you needed one more proof that the Trump administration is not serious about Israeli-Palestinian peace, here it is. This administration has been allegedly pursuing the “ultimate deal” for more than nine months, and so far has given birth to nothing. Its senior officials won’t even endorse the two-state solution. They won’t even say “two states.”