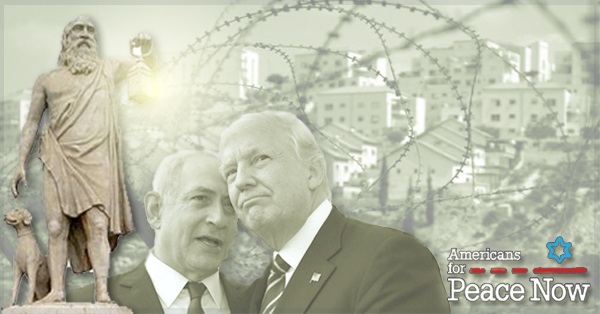 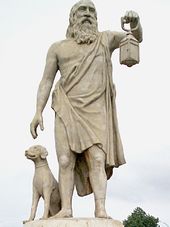 This year has brought an assault on truth that has left us all feeling like Diogenes the Cynic, wandering the streets with a lamp, looking for “an honest man.” Since our founding, Americans for Peace Now has been meticulous in uncovering the truth. We  shine a lantern in places that extremists would prefer to keep dark and hidden. We are unshakable in our honesty, even when the truth we tell is unpopular.

So, let us get right to the point: Americans for Peace Now will continue speaking the truth in the New Year, as will our sister organization, Peace Now in Israel.

We will speak the truth about occupation: It has led not only to an increasingly cynical Israeli mindset, but a defensive, blinkered American Jewish mindset as well. Too many of us have hardened our hearts in order to rationalize the dehumanization, injustice, and brutality of the occupation in the name of presenting a unified front to the non-Jewish world.

We will speak the truth about the Netanyahu government: This is the truth that Americans for Peace Now stood up and told this year and will continue to tell next year, because it’s vital for Israel and her supporters in this country to face the truth: that the status quo of occupation, building settlements, and paying lip service to a peace process while working toward its failure is harmful to Israel’s security and to its future as a Jewish and democratic state. Netanyahu's administration is also attempting to silence civil society organizations who resist such moves, including our partners, Peace Now. Truly, the future of Israeli democracy is at stake.

We will speak the truth about the Trump government: Never has a government done so many reckless things so quickly as this one did-- ignoring and effectively giving a green light to more settlement building, starting the process of moving the embassy to Jerusalem outside the framework of negotiations, threatening to close the PLO diplomatic office in DC, appointing an ambassador to Israel who is a downright embarrassment... and the list goes on.

You know APN’s voice needs to be heard. But more people beyond you need to listen. APN's truth-telling has to reach more people.

APN and Shalom Achshav have great accomplishments planned for 2018. APN is working on a one-of-a-kind settlement app for your mobile phone or device. The app will be free, accurate, and authoritative, and further details on this groundbreaking new venture will be available soon. We have many other exciting initiatives in store for 2018 but we can only make them happen with your help.

Grassroots donations are the foundation of APN’s existence. Your donations, large or small, are tax-deductible.

This is the darkest time of the year, but we can enlighten it with the truth. In the new year we hope that you, along with the staff of APN, will continue to insist that the truth be told. Support APN. The truth must be heard.

Michael Walzer - A Call for Truth and Peace - Rosh Hashanah 2014/5775
My last week and our New Year's letter to you
$50,000 AIN'T BANANAS
Fatigue? Fuggetabout it. Letty Cottin Pogrebin is inspired!
Resist the policies of Netanyahu and Trump
"Appearances can be deceiving" - A letter for Rosh HaShana from Jim Klutznick, APN Chair
NEW ITEM - "when Palestinians become Canadians" - The Friedman File: APN Watch on US Ambassador to Israel David Friedman