APN Calls for Restraint on Land Day, Warns Against Deterioration to War 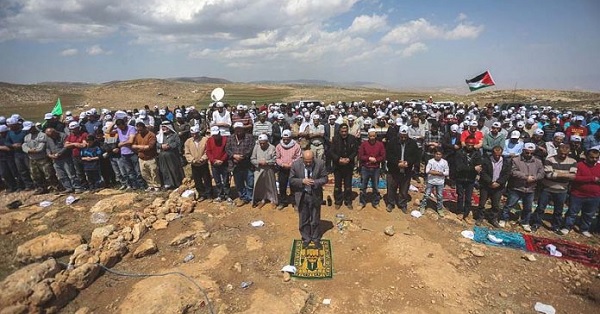 Large numbers of Palestinians are expected to participate in “The Great March of Return” this Friday, which is Palestinian Land Day and coincidentally also the start of the Jewish holiday of Passover. While protests are also planned for the West Bank and by Palestinian citizens of Israel, Gaza is the focal point for Land Day activity, as well as a key flashpoint given the mounting tensions there since President Trump’s December announcement regarding Jerusalem. Friday’s events are planned to kick off a series of similar marches and rallies in coming weeks, leading to May 15, the day after Israel’s 70th anniversary of independence which is marked as Nakba Day by Palestinians.

Americans for Peace Now (APN) is encouraged by the Palestinian march organizers’ stated commitment to non-violence. Palestinians have every right and reason to protest Israel’s closure of Gaza and its occupation of the West Bank. As long as they do so non-violently and without broaching the borders of sovereign Israel, Israeli authorities should allow the protests to transpire. Should Gazans attempt to breach the border fence, we urge the Israeli military to use the minimum force necessary in order to restrain them.

We are alarmed by the Israeli government’s threats to use lethal force against Gazans protesting on their side of the fence, and especially by the prospects that irresponsible and incendiary actions on either side might deteriorate into another full-scale Gaza war. Friday’s Land Day march must not become a trigger for yet another paroxysm of violence.

Nir Gontarz, “Senior Hamas Official: ‘I Think We Can All Live Here in This Land – Muslims, Christians and Jews,’” Haaretz, 28 March 2018.

Mohammed Shehada, “Will Friday’s March in Gaza Achieve Its Goal?” The Forward, 28 March 2018.