Shalom Achshav and APN: Alarmed by Destructive Impact of US Embassy's Opening in Jerusalem 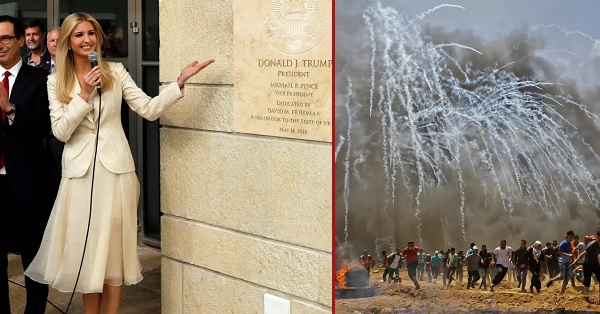 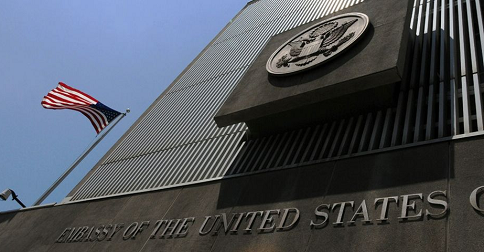 In a celebratory event attended by top American and Israeli officials, the Trump administration is today inaugurating its new embassy in Jerusalem.

Amid the pomp and circumstance, the destructive impact of this move appears to be lost on many in Israel and the United States.

Earlier, Peace Now published an ad in the daily newspaper Haaretz, underscoring the price Israelis and Palestinians are paying because American and Israeli leaders are adopting a zero-sum view of the Israeli-Palestinian conflict, all the while scoring domestic political points.

President Trump’s announcement regarding the embassy move, made in the White House against the backdrop of a Christmas tree and beaming Vice President Pence, was a transparent move to pander to evangelical Christians in his political base. It also satisfied the demands of conservative Jewish donors, particularly Sheldon Adelson, who offered to help pay for building the new embassy. For Prime Minister Benjamin Netanyahu, the embassy move comes as a gift in the midst of multiple corruption investigations in which he has been implicated.

This populist move, taken unilaterally and without any recognition of Palestinians’ attachment to Jerusalem and their national aspirations for sovereignty over the Palestinian-inhabited parts of the city, is a boon to extremists on both sides. Israeli Jewish extremists, who view the conflict and its resolution as a zero-sum game and reject any future Palestinian sovereignty in East Jerusalem, interpret Trump’s move as an endorsement of their worldview. Palestinian extremists, particularly those who see the conflict as a religious war, interpret Trump’s move as an affirmation of the widespread view that the “Crusader west” is colluding with Zionism to deny Muslims’ attachment to the third holiest site to Islam and thus to challenge their faith.

Playing into the hands of the extremists and framing the conflict as religious strife, even if inadvertently, weakens the pragmatists who should be emboldened as interlocutors for peace negotiations. Recognizing Israeli political claims to Jerusalem without any recognition of Palestinian aspirations in this holy city wrecks America’s role as an honest, effective broker.

It is not surprising, therefore, that the official Palestinian leadership, the PLO, has frozen all its relations with the Trump administration, bringing the Israeli-Palestinian diplomatic process to a screeching halt.

Israeli-Palestinian diplomatic deadlock is neither in the national security interest of Israel, nor that of the United States.

Peace Now and APN urge our fellow Israelis and Americans to see the US embassy opening in Jerusalem for what it is. Simply put, it is a political stunt that fulfills a campaign promise for Donald Trump at the cost of future reconciliation between Israelis and Palestinians, both of whom must have their narratives recognized and claims to Jerusalem addressed if we are ever to see a peace accord.

Do we long for the day when the United States, together with the rest of the world, recognizes that Israel’s capital is in Jerusalem? Absolutely. But not like this. It must happen in the context of a serious and earnest attempt to resolve - not exacerbate - the conflict.

Friends of Israel should realize that Israel needs to end the occupation more than it needs symbolic gestures.

Israelis and Americans, together, must press their leaders to put peace first. Once it is achieved, we will truly have reason to celebrate.