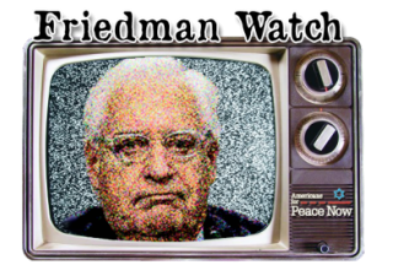 Friedman Watch is bursting at the seams this week, with David Melech Friedman busy as a beaver. Here is the rundown of what the US Ambassador to Israel has been up to.

We hope you get some rest, Mr. Ambassador. You’ve sure had a hectic week!

Go HERE for APN's "Friedman Watch" page and Join out call and send your own message to the White House asking Trump to tell Friedman what he loves telling others: “You’re fired!”