We could've told you about Roseanne 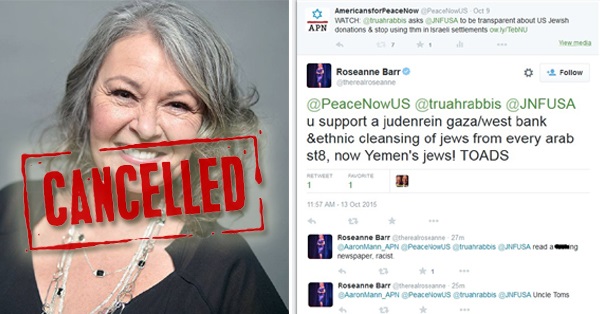 After Roseanne Barr's vile, racist tweet yesterday, ABC has cancelled her show. But we at APN know well - and personally - about Roseanne's vitriol on Twitter. 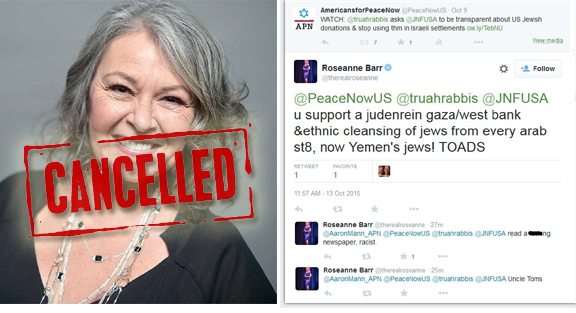 It's clear that, aside from being a racist Twitter troll, Roseanne is profoundly ignorant about Israeli settlements in the West Bank and the 50-year occupation they support. And this ignorance is only rivaled by her apparent hatred for APN, our work to fight back against settlement expansion, and our mission to preserve the two-state solution.

Donate to APN today and help us work to "cancel the occupation," just like ABC cancelled Roseanne.

We'll be sure to let Roseanne know how much we raised in her honor - on Twitter, of course.

$50,000 AIN'T BANANAS
"I'm hanging up now" -- Remembering Sara Ehrman
APN’s “3 Weeks of Contemplation” – Week 3 + BONUS Book Recommendations
"Deluded" - Because we dared.
It's not about the oil, it's about the light
A new peace generation shall lead
My last week and our New Year's letter to you