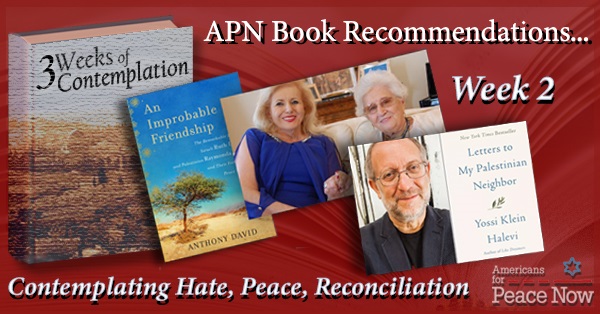 Week 2 Book Recommendations - Exploring love, empathy, and cooperation in spite of the conflict

Join in APN's 3 Weeks of Contemplation. For a donation of $108 or more, APN will send you 2 books of your choice - the pair from week 2 or a combination of two from both weeks (IMPORTANT: Indicate your choices in the  comment box using the keywords:  "Letters" “Friendship" "Jerusalem" "Native".

You can also direct us to send one or both of them to someone as a gift from you. Please note that all but $25 of your donation will be tax deductible. Thank you. 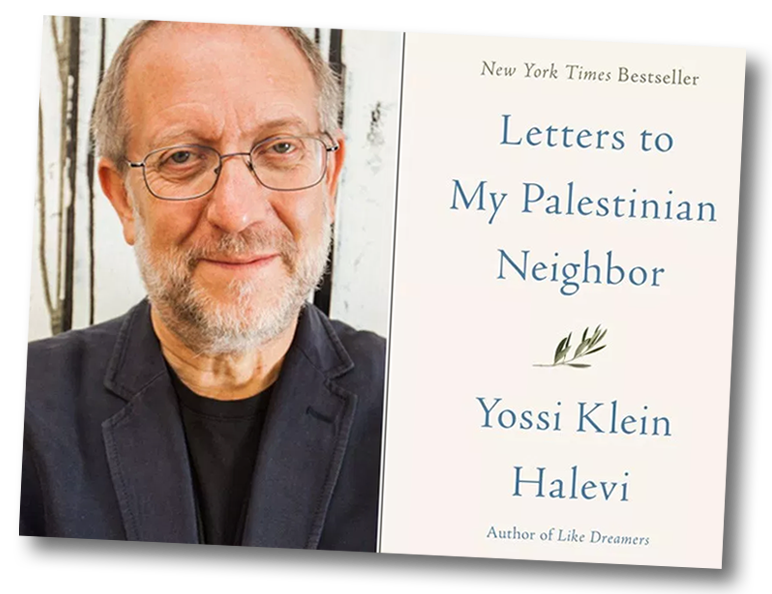 In Letters to My Palestinian Neighbor, Yossi Klein Halevi embarks on the difficult process of addressing his Palestinian neighbors with empathy while explaining his own Israeli point of view on the conflict that divides them. “I call you ‘neighbor’ because I don’t know your name, or anything personal about you,” writes Halevi in this emotional and provocative book. “Given our circumstances, ‘neighbor’ might be too casual a word to describe our relationship. We are intruders into each other’s dream, violators of each other’s sense of home. We are incarnations of each other’s worst historical nightmares. Neighbors?” Yossi Klein Halevi is an American-Israeli author and senior fellow at the Shalom Hartman Institute in Jerusalem.

In An Improbable Friendship: The Remarkable Lives of Israeli Ruth Dayan and Palestinian Raymonda Tawil and Their Forty-Year Peace Mission, Anthony David details the unlikely friendship between Ruth Dayan, the wife of Israeli iconoclast, politician, and famed general Moshe Dayan, and Raymonda Tawil, whose daughter Suha married Yasir Arafat, chairman of the PLO and Palestinian national hero. Tracing their highly political lives from before their meeting in 1970 and thereafter, David creates a vivid portrait of two feisty women determined to forge peace. Anthony David is an American author with a Phd in the history of Jerusalem known for co-writing Once Upon a Country with Palestinian academic Sari Nusseibeh.

Exposing the divisions that exist in Israeli society between different ethnic, religious, and political groups. 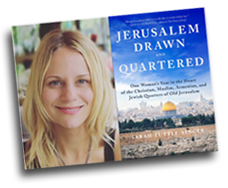 Join in APN's 3 Weeks of Contemplation. For a donation of $108 or more, APN will send you 2 books of your choice indicated by what you put in the comment box: "Letters" “Friendship" "Jerusalem" "Native".

You can also direct us to send one or both of them to someone as a gift from you. Please note that all but $25 of your donation will be tax deductible. Thank you.