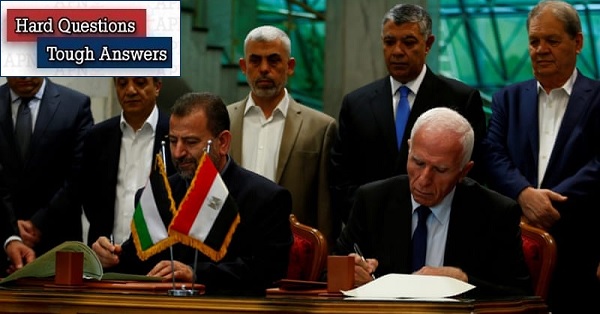 Q. The ebb and flow of violence on Israel’s Gaza front is keeping everyone on edge. Trump is threatening to attack Iran and Israel continues to attack Iranian forces in Syria. Israel’s front with Syrian forces near the Golan appears to be violent but under control. Can you provide an update and a sense of Israel’s options?

A. The Syria front is the most complex and violent theater but also, from Israel’s standpoint, the most successful. Last week witnessed a bewildering flow of strategic events, many of them shocking. The primary theme was consolidation and re-conquest by the Assad regime, with Russian guidance.

Israeli forces on the Golan shot down a Syrian Air Force Sukhoi 22 attack plane that strayed into Israeli territory and ignored warnings to leave. This was the most forceful statement to date by Israel that Syria now had to observe to the letter the 1974 Disengagement Agreement for the Golan. Notably, not only did Syria not try to revenge the downing, but an Israeli source leaked the news that Israeli and Syrian officers had met three times under Russian auspices to coordinate the Syrian armed forces’ return to Syria’s southwest theater.

This is significant. Syrian and Israeli officers had not met, aside from failed peace negotiations, since the two countries’ UN-sponsored mixed-armistice commission was dismantled in the 1960s. Equally significant, now the auspices are Russian, not United Nations. (Lebanese and Israeli officers do periodically meet under UN auspices.)

Additional displays of renewed Syrian regime control last week included release of the names of hundreds of detainees who, the Assad regime said, had died while in its custody sometime in the course of the past seven years. It is almost certain that the real figure of dead prisoners is in the tens of thousands and that they died from torture or execution. Still, the regime’s acknowledgement was extraordinary and reflected Assad’s growing confidence.

Similarly, a report that the regime was meeting in Damascus with Kurdish emissaries from the liberated and self-governing Kurdish region of north and northeast Syria appeared to signal that efforts were underway, almost certainly with Russian mediation, to reestablish at least official regime control in the region which takes up fully 25 percent of Syrian territory. Equally significant, this appeared to signal that the Syrian Kurds do not have enough confidence in Trump administration backing--enforced by a mere 2000 US troops that Trump wants to withdraw--for their current independent status.

Q. What’s next in Syria?

A. There remain two problematic regions for Assad. One is a corner of southwest Syria held by ISIS at the confluence of the Israel-Jordan-Syria borders. The second is a corner of northwest Syria, the Idlib region bordering on Turkey. This is where the Syrians and Russians have been sending capitulating rebels over the past year in cases where the rebels, having lost their war, have accepted transfer elsewhere in Syria instead of fighting to the death. The predominant rebel element in Idlib is al-Qaeda affiliates, not ISIS.

Last week the ISIS enclave bordering Israel fired two rockets in the wrong direction, west into Israel. Luckily they landed in Lake Kinneret and no one was injured. Whether ISIS was trying to goad Israel into invading Syrian territory or simply mis-fired its missiles is not clear. Israel briefly returned fire, but is leaving the heavy lifting of eliminating the enclave to the Syrians. Meanwhile, ISIS remnants in Syria’s south mounted what may have been their final attack in that region. They invaded the Druze town of Suweida and its surroundings, which had earlier surrendered peacefully to regime forces and given up its arms. The ISIS Islamists murdered more than 200 Druze and kidnapped more than 30 women whom it is holding as bargaining chips.

Why did the regime’s forces first disarm Suweida’s Druze but subsequently not protect them, asked fellow Druze in Lebanon and Israel (there are nearly one million Druze in Syria, around 120,000 in Israel and roughly 250,000 in Lebanon). The Syrian Druze had remained neutral throughout seven years of revolution in Syria, refusing to let their young men answer to Syrian army conscription orders but refusing also to fight the regime. Now they were paying the price for neutrality in the form of hostility from both sides. The disturbing message of the bloody Suweida episode was not lost on Israel’s Druze leaders as they vigorously protested the new nation-state basic law which denies them equal national status with Jews (see last week’s Q & A).

Still to come: the battle for Idlib. Here the Turks will also probably play a role. And after that, the regime’s revenge against diverse elements of Syria’s population who either favored the revolution or, like the Druze, remained neutral. Israel, like Jordan, Turkey and Lebanon, has acquiesced in the resumption of power by a very nasty neighbor.

Dealing with Assad’s allies Russia and Iran, both firmly entrenched in Syria, will be a more complicated matter for Israel. Two weeks ago Israel rejected an offer, made by a high-level Russian delegation visiting Jerusalem, to keep Iranian forces 100 km away from the Golan and leave it at that. Israel wants the Iranians out of Syria altogether and will attack them until they leave.

Russia will presumably continue to look the other way. In contrast, we recall President Putin’s pointed reference in Helsinki two weeks ago to UN Security Council Resolution 338, which requires Israel to discuss returning the Israeli Golan to Assad. This could signal that Putin has made a commitment to Assad to retrieve this parcel of territory as well.

The Netanyahu government, savoring Trump’s recognition of Jerusalem as Israel’s capital and aware of Putin’s position, is now lobbying for the US to recognize Israeli sovereignty on the Golan. Yet success would not only mean US-Russia and Israel-Russia tensions, but would anger Israel’s new Sunni Arab friends who remain committed to the 2002 Arab Peace Initiative with its call for Israel to withdraw from the Golan in return for peace with Syria.

Israel can make a strong case for the security benefits the Golan provides against a volatile Middle East. It can cite the absurdity of giving back territory to a Syrian leader who butchers his own people. But it has a weak case diplomatically. Its best hope is to persuade Putin to let sleeping dogs lie.

All in all, Israel’s approach to Syria now and over the past seven years appears to have been measured and smart. Dealing now with Assad may be nauseating, but it is the right move from a realpolitik point of view, particularly with Russia and Iran still there.

Q. So Israel has had a viable strategy for Syria.

A. Yes, and it can be summarized with reference to several sound principals. First, it’s not our fight. Second, intervention on the ground would be counterproductive and make new enemies. Third, Israel will forcefully oppose any invasion of its territory, whether by stray artillery shells or in the air and whether by Syria and its allies or by revolutionaries. Fourth, Israel will cooperate with Russia and its expeditionary force in every way possible. Fifth, Israel will provide humanitarian aid to anyone in need who reaches its Golan border.

And sixth and perhaps most significant, Israel will oppose the military presence in Syria of Iran and its proxies and allies in every way possible. That means serious warfare in the Syrian arena remains almost a certainty.

Q. And that, we are given to understand, is why Israel needs quiet, or relative quiet, on its Gaza front. It needs to avoid war on two fronts

A. Yet turning to Gaza, almost everything is strategically different from Syria. Russia and Iran are not factors on the ground. Hamas and its allies periodically and deliberately attack Israeli territory. Gaza is part of a bigger problem, Palestine, wherein Israel’s partner is the West Bank-based PLO. Gaza also borders on Egypt, a neighbor hostile to Hamas that Israel cooperates with in the security sphere. Then too, Gaza as a humanitarian issue is placed by much of the international community squarely on Israel’s agenda; even Trump administration peace efforts now focus almost entirely on Gaza and the economic sphere. And Gaza threatens at any moment to collapse politically and economically, with two million destitute Arabs on Israel’s doorstep.

Yet to many in Israel the Gaza issue, unlike Syria, tends to appear containable. Gaza is tiny, and fenced in. Egypt and the PLO are on Israel’s side. The Arab world is fed up with the Palestinian issue and particularly with Islamist Hamas. The latter is broke and governs ineffectually. Israel can respond to its provocations by allowing in minimal economic aid and at the military level periodically “mowing the lawn”, while hoping that something will change for the better. Sure it’s a non-strategy, but it has prevailed since Israel’s 2005 withdrawal and Hamas’s 2007 takeover of the Strip.

Q. Yet that approach leaves open the danger of a two-front or even three-front conflict erupting almost at any time. All that is required is loosely coordinated provocations by Hamas in Gaza, Iran in Syria and Hezbollah in Lebanon. Why can’t Israel be as strategically sound in its dealings with Hamas in Gaza as it is with Syria?

A. Giora Eiland, a retired IDF general and former national security adviser under Netanyahu, offered a useful answer to this question last week in Yediot Aharonot. “In confronting Gaza,” he wrote, “we have for 13 years been prisoners of our own public diplomacy. We have declared repeatedly that Hamas is a terrorist organization and we won’t reach any agreement with it. The prime minister almost never departs from this line because there would be a domestic political price to pay. . . . In the north [in contrast] we act without any ideological, political or public diplomacy commitment, but rather behave justifiably on the basis of interests alone. . . . We should learn from the way we act in the Syrian arena.”

Eiland, like a growing number of Israeli strategic observers (this writer included), suggests we offer to talk to Hamas about everything, including recognition, open borders and heavy economic aid. The Trump administration, with its emphasis on “economic peace” and Gaza, could hopefully get behind such an approach.

True, Hamas could say no or demand a hefty price in released prisoners. It could insist on remaining heavily armed. And such an offer could anger Egypt and would almost certainly alienate the PLO in Ramallah, which claims to represent Palestinians exclusively.

But as with Syria, an interest-based rather than ideology- and politics-based approach to Hamas would place Israel in a far more advantageous position vis-à-vis the international community. The PLO under Mahmoud Abbas is in any case in holding mode pending leadership changes. Egypt would not permit its objections to get in the way of its strategic relationship with Israel, which is focused mainly on ISIS in Sinai.

Of course, there is little or nothing in this approach to advance the broader cause of Israeli-Palestinian peace, a cause PM Netanyahu and his ultra-nationalist, pro-settler, messianic followers are in any case not interested in. A long-term ceasefire with Hamas in Gaza, if attainable, does not end the Israeli-Palestinian conflict. Israel would remain on a slippery slope toward an ugly, conflicted one-state reality.

But at least that state would not include the Gaza Strip. And at least the danger of simultaneous wars on Israel’s northern and southern borders would be alleviated.

A strategy of engaging Hamas along a broad diplomatic and economic front may not succeed. But it’s worth a try.