We sought to make a statement that constructive dialogue with the Palestinians is possible and needed. That statement was echoed loud and clear, as the Palestinian leader took the opportunity with Peace Now not just to repeat his ardent support for the two-state solution, but also to divulge details for the first time on his meetings senior U.S. officials Jared Kushner and Jason Greenblatt.
The two officials had apparently tried to entertain the notion of a Jordanian-Palestinian confederation -- a reincarnation of the failed pro-settler "Jordan is Palestine" plan to for Israel to hold onto the West Bank without needing to grant them citizenship. This reinforced long-held doubts that the Trump Administration and the Netanyahu government were committed to a two-state solution.

The meeting and Abbas' remarks rocked the news cycle in Israel, receiving coverage on every major national network as well as extensive coverage abroad. Footage of Peace Now director Shaqued Morag and the Palestinian president was featured on several outlets, and the interviews she gave provided insights that reached Israeli viewers throughout the country.
Thanks to our meeting, all of Israel heard Abbas' appeal for the two-state solution, while the Netanyahu government apparently presses the Americans on fantasy alternatives completely devoid of reality. 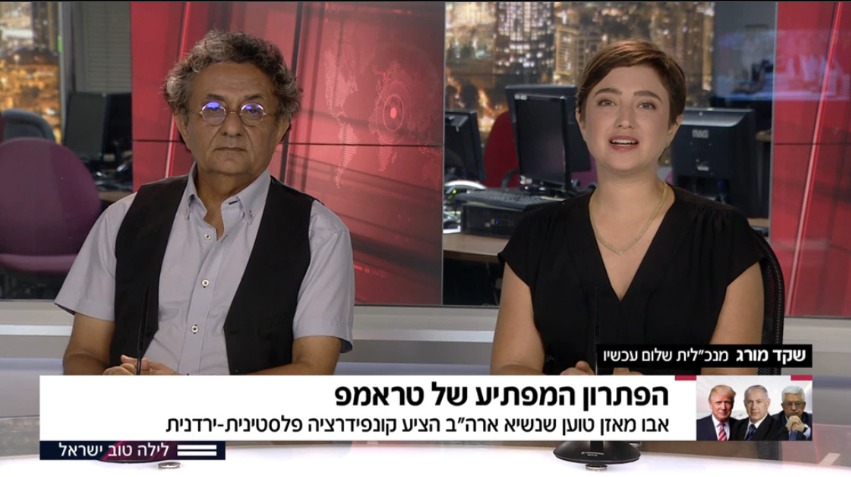 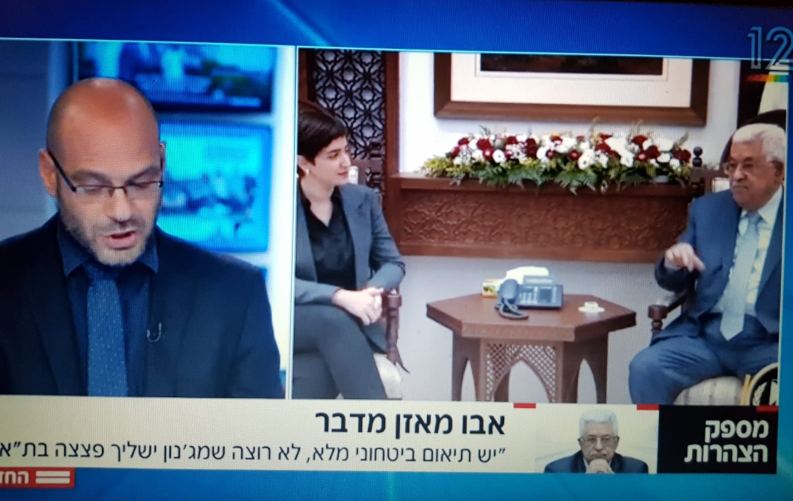 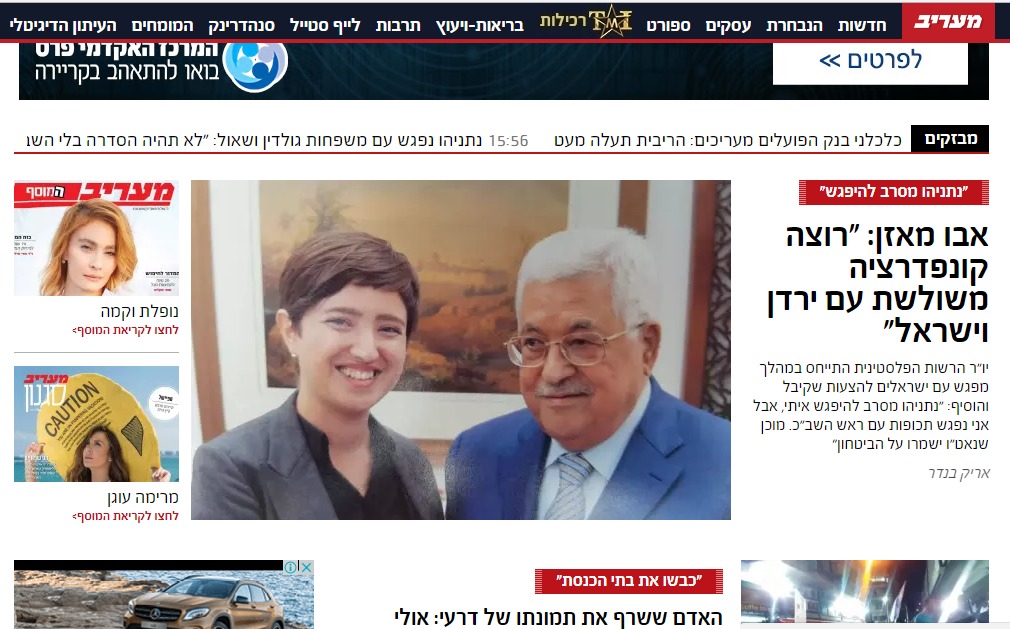 Media coverage also focused on Abbas' comment that he met regularly with the Shin Bet chief and agreed with him 99% of the time.
Furthermore, the media revealed that two members of the Young Likudniks attended the meeting, including its deputy head, who was dismissed after his participation apparently embarrassed the party and undermined the right's standing position that Abbas is an illegitimate partner. 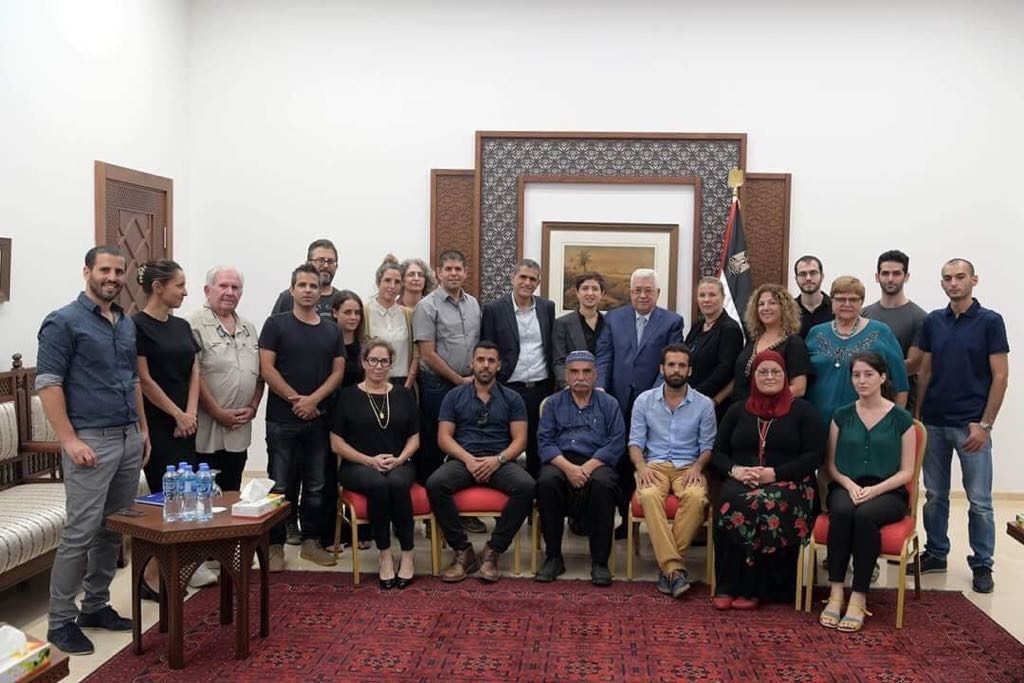 Photo of the participants of the Abbas-Peace Now meeting
Below are some highlights from from Abbas' remarks:

"We support a two-state solution on the basis of the pre-1967 lines, including land swaps, and are ready to accept a NATO monitoring force in the West Bank in order to maintain security."

"I have no intention to insist on millions of Palestinians returning to Israel. Any solution on the refugee issue must be accepted by both sides and in coordination with third-party countries."

"Despite the disconnect with Netanyahu, I make sure to coordinate closely with the Israeli defense establishment because I do not want anyone to hurt Israelis. I also met with the head of the Israeli Shin Bet and with CIA representatives to coordinate actions against terrorism."

"We are reaching out for peace. We must learn to live together. We cannot disregard each other, because we will all live here for thousands of years together, and preferably it would be in peace and with good neighborly relations."

"I want to wish a Happy New Year to all Israelis, and hope that the coming year will be a better one and that we will give our children and grandchildren a better future - a future of peace."

Peace Now and Partners to Gantz and Peretz: "Stop Annexation Plans in the Next Government"
A new peace generation shall lead
APN's Top 10 Weekly Update Quotes for 2019
It's not about the oil, it's about the light
Letter from Shaqued Morag, Peace Now's New Executive Director
Peace Now Settlement Watch: Possible Critical Developments in East Jerusalem
Peace Now's Shaqued Morag: "What I told US Ambassador David Friedman"