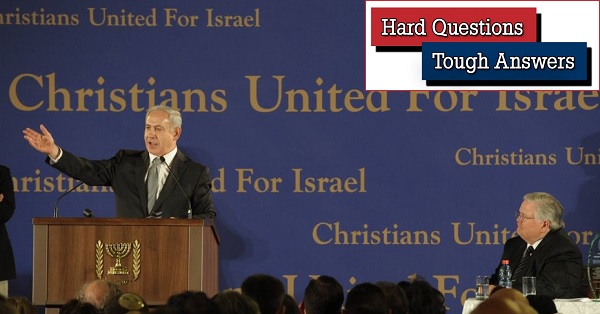 Q. What are the regional and global strategic challenges facing the next Netanyahu coalition (his fifth), and how do you assess the coalition will deal with them?

A. The challenges are basically extensions of what we have experienced in recent years. The next coalition will apparently be the most extreme ultra-nationalist and quasi-messianic in Israel’s history. Accordingly, it is liable to deal with these challenges in ever more extreme ways that reflect the illiberal and undemocratic values that increasingly prevail both among us and in parts of the world around us, beginning with the Trump administration. Some of the consequences could be very dangerous.

Q. Let’s start with Trump’s “deal of the century” peace plan for the Israeli-Palestinian conflict. What challenges will Netanyahu face here?

A. Obviously, this is a tricky issue to deal with at this juncture because the plan has not been revealed to the conflicted parties and their neighbors. But we have accumulated reliable information on the views of the Trump administration’s peace planners upon which to base our assessment. Those planners do not necessarily envision a Palestinian state. They will divide up the territory in ways that favor Israeli security (the Jordan Valley) and Israeli settlements and Jewish values (Jerusalem’s Old City, for example). And they believe the Palestinians can be bought off with a huge Arab financial outlay and possibly increments of territory from neighboring Arab states.

We also know with a fairly high degree of certainty that Netanyahu’s coalition will comprise elements--not only on the Kahanist far right but within Netanyahu’s own Likud party--who reject any territorial compromise whatsoever, any Palestinian state and any sort of union between the West Bank and Gaza Strip, and who favor “solutions” that reduce Palestinian civil, political and human rights to an even greater extent than today.

Finally, we know that the West Bank-based Palestinian leadership under the aging Mahmoud Abbas (Abu Mazen) is almost certain to reject the American plan outright. Jordan will be extremely suspicious of US proposals to allot to additional Arab countries (presumably Saudi Arabia and Morocco) any portion of Jordan’s treaty-bound responsibility for the al-Aqsa Mosque in Jerusalem (the Temple Mount) or to give Jews any religious rights on the Mount. Egypt will reject any attempt to persuade it to cede Sinai land to the Gaza segment of a Palestinian state. Saudi Arabia and the Emirates will be caught between their willingness to spend large sums of money to subsidize Washington’s Palestinian solution and Arab pressures to support a Palestinian leadership that rejects the Trump proposals.

Note that all these Arab countries have good relations with Israel under Netanyahu, whose security cooperation they value, and little residual sympathy for the Palestinians with their territorial and political fragmentation and their rigid leadership. The only Arab regime that is genuinely nervous about Trump’s deal is Jordan, not only because of the Temple Mount issue but due also to exacerbation of its traditional fear lest violence and unrest on the West Bank coupled with settler extremism drive large numbers of Palestinians east across the Jordan River.

Q. So what happens when Netanyahu says “yes, but” to Trump’s proposal (the “but” to satisfy his coalition’s extremists), the Palestinians say “no”, and Jordan and Egypt refuse to cooperate on territorial issues, Jerusalem, etc?

A. Here we find ourselves facing the lesson everyone should have learned from previous failed attempts at a US-sponsored Israeli-Palestinian peace process: when the process fails (and this one is sure to fail), you don’t return to the status quo ante. Rather, things get worse. That is how the second intifada began, after the July 2000 failure at Camp David. That is how war broke out between Israel and Gaza in summer 2014 after failure of the Kerry peace mission.

So we can predict with a fairly high level of confidence that the Trump plan, when confronted by Netanyahu, the Palestinians and Arab countries, will catalyze violence. Netanyahu should have known better, and should have asked Trump to lay off the peace process--except that Netanyahu apparently buys into the Trump team’s concepts and values. Even at this late date, better for Trump to mothball the plan. Second best, Netanyahu, like the Palestinians, should reject it outright. The current situation, with the constant threat of violence from Gaza and the anticipation of a succession crisis in the West Bank, is actually preferable.

True, the existing economic-infrastructure crisis in Gaza could reach boiling point in Netanyahu’s next term, precipitating a humanitarian catastrophe with huge security-demographic consequences for both Israel and Egypt. Note that Gaza’s best minds are increasingly leaving that hopeless strip of land and exiting via Egypt, leaving behind even worse chaos and extremism.

Here a lot depends on an upgrade of current economic and infrastructure aid efforts by Qatar, Egypt, Israel and the international community. No one in Netanyahu’s new coalition is likely to object. Yet the Hamas leadership with its extreme Islamism and Iranian influence is unpredictable.

Of course, a genuine bilateral peace process based on genuine core-issue concessions, or even a gradual unilateral Israeli territorial and political transition toward a West Bank-based Palestinian state, would be optimal not only for the West Bank but indirectly for Gaza too. But neither of those options is about to be invoked by Netanyahu, whose allegiance lies with Trump and Israel’s own ultra-nationalist extremists.

Q. Moving to challenges from the neighborhood . . .

A. First and foremost, the Iran/Syria/Hezbollah threat to Israel’s north. It is likely to be exacerbated by aggressive US policies toward Iran, including Washington’s withdrawal from the JCPOA Iran/nuclear deal. Just this past weekend we witnessed the appointment in Iran of a truly extreme anti-Israel general, Hussein Salami, to head the IRGC, the Revolutionary Guards whose Al-Quds Force is spearheading Iran’s drive into the Levant and up to the Syria-Israel border.

Here Netanyahu can be expected to maintain his previous sound strategy of interdicting the Iranian-sponsored build-up in Syria and Lebanon while avoiding war. But Iran, prodded by Trump’s aggressive mistakes, US-sponsored energy sanctions, and Turkish and Russian neutrality, may press for an escalated conflict.

Apropos Russia, where Netanyahu has managed interaction in Syrian airspace and on the ground with some skill, a lot will depend on the broader global picture.

A. Netanyahu, Putin and Trump all belong to the growing “club” of ultra-nationalist and in many cases “managed” democracies, along with Poland, Hungary, Brazil, some African countries, and others. When Netanyahu brags about Israel being a “global power”, this is the globe he is referring to. In order to maintain these alliances he is prepared to rationalize nasty expressions of anti-Semitism on the European right. It is only when the anti-Semitism is heard from the radical segment of the BDS movement that Israel opposes it energetically.

Notably, these international relationships are increasingly managed not by Israel’s professional diplomats. Netanyahu is likely to continue emasculating the Ministry of Foreign Affairs with reduced budgets and by transferring key tasks to the Mossad and to artificial ministries with titles like “Strategic” and “Intelligence”, all led by loyal Netanyahu appointees. Given the extreme-right tenor of this new coalition and of the Likud itself, this reality can only get worse.

Of particular concern is Israel’s relationship with the Diaspora and the American Evangelical community. Under Netanyahu, and in harmony with Trump, Israel has narrowed its American Jewish support base mainly to Orthodox Jews and Republicans, while expanding its Evangelical support base. Don’t expect an egalitarian prayer space at the Kotel, the Western Wall, under this Netanyahu government. Already we see the negative reaction among some sectors of the liberal majority of American Jews.

The American Jewish community has until now been Israel’s constant and key strategic ally. To be sure, it is evolving demographically in ways quite independent of Israel and that challenge the longer-term Israeli-Diaspora relationship. But in the short term it is Netanyahu who will bear considerable responsibility for the unravelling of the Israeli-American Jewish alliance--a dynamic that could have huge consequences for both major components of the Jewish world.

If the Democrats engineer a large-scale electoral victory in late 2020, Netanyahu will have a real problem in his political relationship with the US and in Israeli-American Jewish relations. Assuming that, with the help of a right-wing Knesset, he has survived all legal challenges based on charges of corruption, then in the event of a Democratic triumph the ever-resourceful Bibi may feel obliged less than two years from now to dump his extreme right coalition in favor of partners from the Israeli political center and a more reasonable approach to the Palestinian issue, to democracy and human rights at home, and to Jews and Christians in America.

But that is pure conjecture. Trump could be reelected. Besides, so much can happen in Israel at the hands of an extreme religious ultra-nationalist coalition prior to November 2020 . . . .