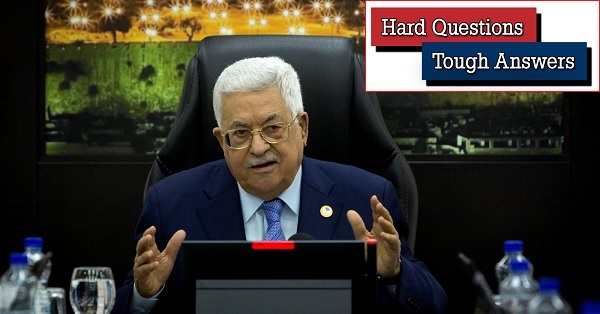 Q. PM Netanyahu’s effort to fashion a right-religious coalition that cripples the rule of law in Israel and rescues him from criminal prosecution will take around a month, with success a near certainty. We have plenty of time to discuss it in these virtual pages. Meanwhile, what else threatens to go wrong in the Middle East?

A. Three scenarios should be of particular concern. In order of probability they are ‘Arab Spring’ violence and oppression in Sudan and Algeria, some sort of armed conflict between the US and Iran, and collapse of the Palestinian Authority.

A. In both countries, mass popular protests have forced long-ruling and unpopular dictator-autocrats to resign: Omar al-Bashir in Khartoum and Abdelaziz Bouteflika in Algiers. In both countries, the military has taken over but the public continues to protest. The military leaders argue that they are only temporarily in power and will organize new and democratic elections. The civilian protesters don’t trust them and want them to leave power immediately.

So far, this chain of events can be described as following the early stages of the Tunisia and Egypt models of 2011. In both of those countries, military coup leaders yielded to public pressure and held early elections that produced Islamist-led governments with Islamist agendas.

Those situations generated counter-pressures: in Egypt the military, led by General as-Sissi, deposed the government, seized power and has stage-managed its election and reelection ever since. Sissi has just been granted two additional six-year terms by a ludicrously undemocratic referendum. In Tunisia, the Islamists stepped aside and agreed to a minority role in a parliamentary system that today constitutes the only ‘Arab Spring’ country that is democratic.

Which way will Sudan and Algeria go? Both of these Arab countries have a legacy featuring colonial rule and years of military domination. At a time when ‘Arab Spring’ chaos continues in Libya (which borders on both, as well as on Egypt and Tunisia) and in Yemen and northwest Syria, it appears to be the Egypt model that will prevail.

A. Because like Egypt, Sudan and Algeria have strong militaries that for decades have constituted the ‘deep state’ behind the ruling clique. Tunisia never had a strong military; its pre-2011 dictator was a police chief who fled to Saudi Arabia at the drop of a hat. Further, while the anti-regime demonstrators in all these cases are and were made up of the young, the well-educated and the middle class, in Tunisia alone they could fall back on a relatively strong legacy of civil society and trade union organization and a background of greater Europeanization. In Sudan and Algeria, as in Egypt, Libya and Yemen, the middle class is a relatively minor sector of the overall population compared to peasants, lower-class laborers and Islamists.

Finally, and perhaps most decisively at least for Sudan, Saudi Arabia and the UAE intervened on April 21 with offers to the generals in Khartoum of three billion dollars in emergency aid. Neither Riyadh nor Abu Dhabi wants to see either an elected Islamist government or a secular democratic government in Khartoum. Rather, they need surplus Sudanese soldiers as mercenaries in Yemen, and want control over Sudanese Nile-watered lands to grow food for their growing populations. Egypt will pressure the Sudanese generals to take their distance from Ethiopia, whose Renaissance Dam is about to control the flow of the Nile, and demand that they coordinate vital strategic water policy with Cairo in exchange for favors.

On the other hand, both Turkey and Qatar already have huge investments in Sudan that they would prefer a Muslim Brotherhood government to look after. One way or another, the masses demonstrating on the streets of Khartoum can go on chanting “keep your money” to all these conflicted benefactors. Ultimately, the likely choices for Sudan will be either a Sissi-model “elected” dictator or--as in Libya and Yemen--disintegration and territorial fragmentation.

Algeria won’t disintegrate (unlike Sudan, it was not assembled by its colonialist rulers out of diverse ethnic groups). But here too Egypt is a far likelier model for the months and years ahead than Tunisia.

A. Iranian Foreign Minister Javad Zarif recently told the Wall Street Journal that, while he believed President Trump was not eager for conflict, he thought that some in the Trump administration, led by National Security Adviser John Bolton, are. Zarif then gratuitously threw into the warmongering pot Israel, the Saudis and the UAE.

Leaving aside Iran’s own warmongering against Israel from Syrian and Lebanese territory, and bearing in mind that Zarif easily slides into exaggeration--Israel’s Netanyahu has proven cautious in countering Iran militarily and Riyadh and Abu Dhabi seem equally unlikely to provoke war with Tehran--a few possible scenarios remain.

For one, Bolton is indeed a veteran advocate of regime change by force in Tehran, and he has the ear of a US president who is essentially clueless regarding strategic issues even if his instincts tell him to avoid committing US forces in the Middle East in ways that his predecessors did. Moreover, the US administration recently declared Iran’s Revolutionary Guards Corps a terrorist entity, with Iran reciprocating by labeling the entire US Central Command a terrorist entity.

In the US case, that appears to mean that a reluctant Congress does not have to declare war on Iran for a conflict to start: it would be sufficient for US forces in the Persian Gulf to be fired on by an IRGC speedboat or for the Guards to try to interdict energy traffic through the Straits of Hormuz for US forces to be authorized to respond militarily to “terrorism”. Alternatively, an Iran-backed Hezbollah attack on Americans somewhere else in the world would not be without precedent. The tightening of the US oil embargo on Iran could generate plenty of motivation for such events to take place.

Still, with due respect for Bolton and Zarif, in all these cases we are looking at possible escalation by basically unwilling sides following upon a relatively minor incident. Indeed, the likelihood of such an incident is increasing rapidly, even if it doesn’t escalate.

Finally, there is the prospect that Iran, pressured by oil sanctions orchestrated by Trump and Secretary of State Pompeo, responds forcibly at the strategic diplomatic level: not by bowing to Pompeo’s famous 12 preconditions, but rather, and more likely, by withdrawing from the JCPOA deal that Trump has drained of impact and renewing its nuclear program. What sort of American response would this trigger?

Q. And if Iran and/or Iran-backed Hezbollah escalate against Israel? Would thousands of Hezbollah rockets from Lebanon and Iranian missiles fired at Israel from as far away as Iraq generate an American armed response?

A. Only if they were somehow part and parcel of an Iran-US armed confrontation elsewhere--say in the Persian Gulf. This scenario would describe a wider US war effort in the Middle East that is precisely what Trump has repeatedly pledged to avoid.

Even if (strictly for argument’s sake, of course), Hezbollah or Iran fire rockets at the new Israeli settlement projected for the Golan and named for Trump by a grateful fifth-term PM Netanyahu (Trump Heights? Trump Meadows? Trump Village? Trump Triumph), the IDF presumably can manage the conflict and Netanyahu will seek to minimize it.

A. Other than Gaza-based Hamas, nobody seems to want this to happen. Israel needs the PA for West Bank security and stability. The Trump administration, having punished the PA financially, ultimately believes its financial pressures will force Ramallah to accept the upcoming “deal of the century” rather than collapse. And the entire PA bureaucracy, security forces included, has a vested interest in preserving its existence.

Yet the PA is teetering on the brink of financial collapse. It blames hefty US sanctions against both Ramallah’s treasury and UNRWA, and Israel’s decision to withhold a relatively small portion--around ten percent--of its monthly financial transfer to the PA, equivalent to the sum the latter pays to “martyr” families and terrorist prisoners in Israeli jails. Yet PA leader Mahmoud Abbas has made the financial situation hopelessly worse by responding to Israel’s minor deduction of martyr/prisoner funds by refusing to accept any portion at all of Israel’s monthly remuneration of the customs and VAT payments it collects on behalf of the PA on the basis of Palestinian-Israeli agreements dating back to the 1990s.

That monthly remuneration constitutes a huge portion of the PA budget. All PA personnel are already receiving, at best, half pay. No Arab or European benefactor has stepped in to make up the difference.

Now factor in the Trump deal of the century, anticipated in about a month, after Ramadan (May 6 to June 4). The deal is expected to offer financial incentives that Hamas in Gaza, which is not interested in a diplomat settlement, can exploit. Yet Abbas will see the political part of the plan as so inimical to his basic territorial and ideological demands for a viable Palestinian state that he will reject both the financial incentives and the deal’s one-sided “peace plan”.

Enter Netanyahu. He doesn’t need Trump’s peace plan but he does need a docile and cooperative PA. He has to find a way to pay Abbas what Israel owes him and wants to give him, but without Abbas losing face. The alternative could be Palestinian withdrawal from the Oslo Accords, cessation of security cooperation and even dismantling of the PA. That in turn could mean chaos and violence in the West Bank, much of it directed at Israeli settlements and Israel proper, with no political solution in sight.

A. The wave of Arab world revolution and fragmentation that began in 2011 is far from over.

Then too, there are three wild-cards here to keep an eye on. One is Trump: committed to avoid wars and make peace in the Middle East yet seemingly headed in the opposite direction. The second is Saudi Arabia’s dynamic and very dangerous Crown Prince Mohammed bin-Salman. The Saudis are potentially a player in all the explosive situations we have described, with the possible exception of Algeria. There is no knowing what MbS might do. He is a loose cannon.

The third wild-card is Abbas. Is he intent on going down with the Palestinian Authority ship? Will he relent regarding funds? Will he be pushed aside by some exasperated Palestinian security official, current or former?

Finally, bear in mind that Iran’s Foreign Minister Javad Zarif and his boss, PM Rowhani, are not the true leaders of Iran. This is relevant whether assessing Zarif’s recent offer of a prisoner exchange with the US or addressing his threat assessment regarding the Bolton school of regime change.