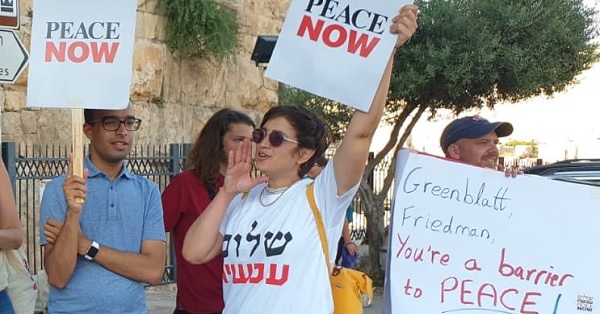 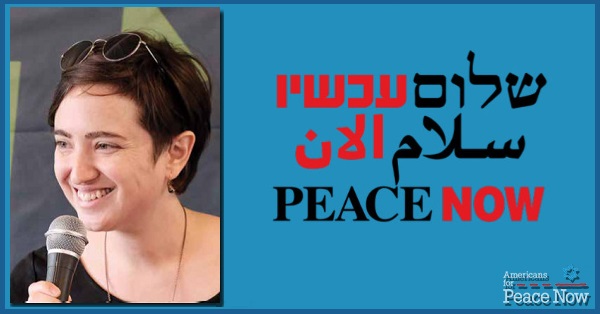 Amid reports that Trump is considering publishing his political plan before Israel’s general election, I met, together with several other representatives of the Israeli Peace Camp, with US Ambassador to Israel David Friedman. I thought you would be interested in the content of this meeting.

We reminded the Ambassador that most Israelis continuously and unwaveringly support the two-states solution.  We reiterated that these Israeli citizens favor a solution guaranteeing peace and security over the Greater Israel one-state vision, which would spell an end to a democratic Israel, and would run afoul of the shared values at the core of the special relationship between our two countries.

We warned that this conduct casts a heavy shadow on the US’ standing in the region, and on its ability to act as an honest broker in future negotiations.

Unlike previous administrations – both Democratic and Republican – the current administration has refrained from committing itself to the two-state framework and to opposing settlements. Such an approach undermines any chance for a future peace agreement.

In light of the many falsehoods expressed by administration officials regarding the settlement enterprise and the occupation, we invited Ambassador Friedman to a field trip in the West Bank to view the political and humanitarian ramifications of the Israeli government’s settlement policy.

Friedman is a benefactor of the settlements. While I remain skeptical that his positions will dramatically change, it’s important that he and the American public will know that Israel’s robust peace movement is determined to continue speaking truth to power and to not let the Trump administration or the Government of Israel deny Israelis and Palestinians the peace that we so badly need and deserve.

Please help us to continue doing this important work.

Thank you for your support,