APN's Mark Bilsky: "In honor of my colleagues at Shalom Achshav" 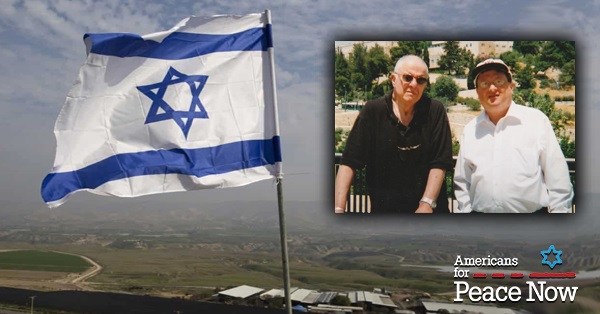 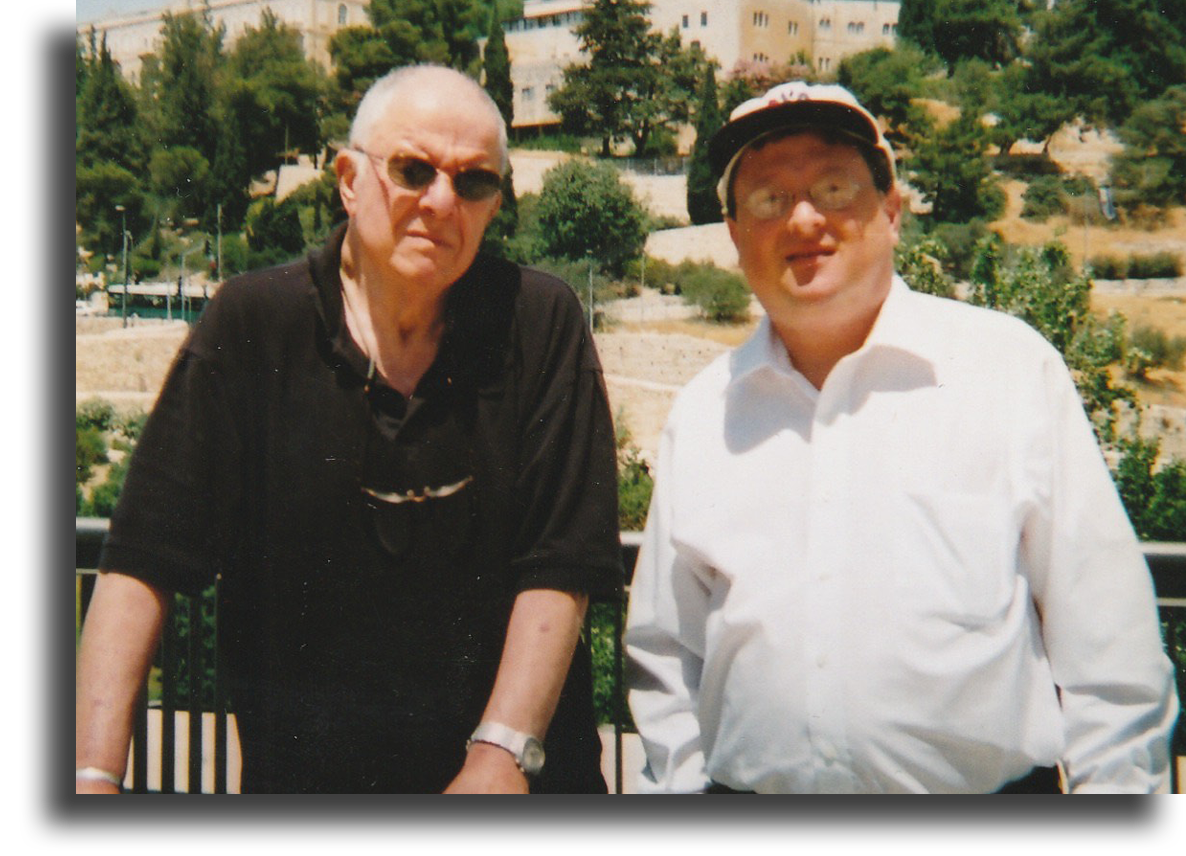 We will soon celebrate Israel's 72nd Independence Day, and along with this all of Israel's great achievements. My colleagues and I, both Americans for Peace Now and Shalom Achshav (Israel’s peace movement), are determined to add one more: A negotiated settlement that ends the occupation and provides security and democracy for Israel and statehood for the Palestinians.

(Photo: Me with Leonard Fein (z"l), a founder of APN and a mentor, during an APN Israel study tour.)

This is what being pro-Israel means to us. We realize we are in difficult times, and this is a hard issue, but I was motivated to write these Yom Ha’atzmaut words below to honor my friends at Shalom Achshav. It has also been published in the Jewish Journal and Washington Jewish Week.

I have never worked with better, more dedicated people than them. Please honor these patriots, perhaps with a $72 donation or whatever you are willing to give.

On Israel’s 72nd Birthday, We Must Fight For The Two State Solution

Israel, we imagined, was no longer a question; it was now and forever an answer. We were evidently mistaken. The question lingers.

This is not a season that invites calm reflection. Too much is in play. The agenda is crowded with controversy. New possibilities tantalize but have yet to come into focus. We are inundated with talk of “competing narratives” alongside the growing controversies over quarantine, democracy, annexation, land, peace, income disparities and ethnic disparities.

It’s easy to get lost in these issues and they have become so much the focus of not only the daily news but of Israel’s story itself that the disposition to celebrate has come to feel insensitive, requiring an apology. But a celebration that must be shrink-wrapped in an apology is no celebration at all.

What then to do?

All of this is against a growing background of spreading disenchantment now infecting large segments of opinion — so much so that “disenchantment” may be too tame a word. On college campuses, the moment anybody identifies as a Zionist, often they are classified as fascists and/or racists. Their eligibility to participate in an informed conversation regarding the Israel-Palestine conflict is not merely called into question but summarily rejected. 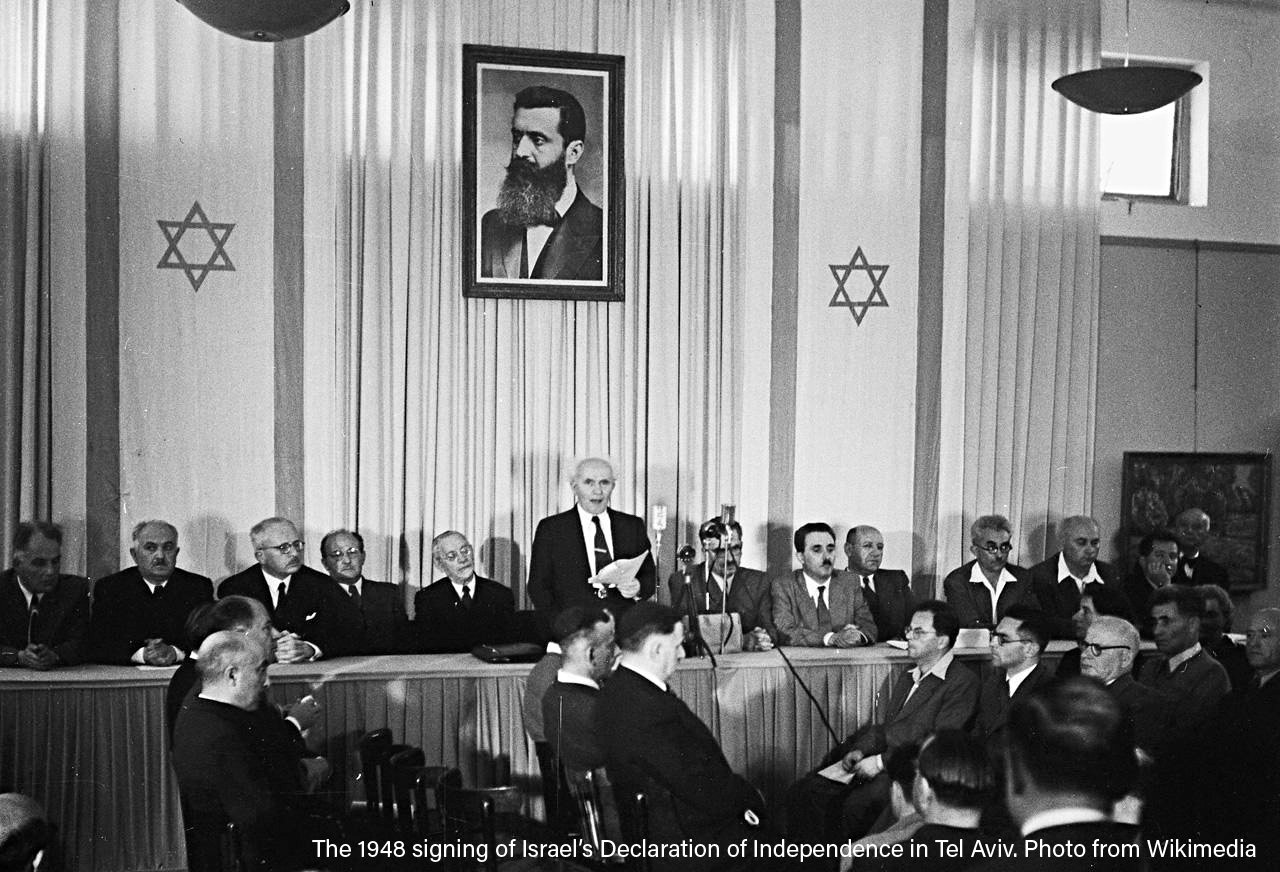 Zionism has become “The Issue” — meaning that the very idea of a Jewish state has become the issue. In some quarters, that issue has become non-debatable. It is taken as axiomatic that endorsement of a Jewish state is illiberal, that “liberal Zionism” is an oxymoron, that the most liberal Zionist is, for all practical purposes, no different from the most retrograde neocon. In other quarters, the attack is less frontal, more nibbling. We may speak all we like about the need for Zionism. Such talk is greeted with profound skepticism. If the conversation is calm, we may be indulged in our efforts at justifying our beliefs. But that is more because the people we’re talking with are polite, not because we are persuasive.

We thought the battle for the legitimacy of a Jewish nation-state had long since been resolved. We believed that the Holocaust resolved it morally, that the United Nations Partition Plan for Palestine resolved it legally, that the existence and perseverance of the Jewish state resolved it existentially. Israel, we imagined, was no longer a question; it was now and forever an answer. We were evidently mistaken. The question lingers.

The idea of the Jewish state is a complicated one because the word “Jewish” designates both a religious and an ethnocultural identity, and the two aren’t readily separable.

Many Jews have little devotion to Judaism as a religion. Many who consider themselves secular have at least vestigial ties to Jewish religious customs, ceremonies and language. You can’t have an intelligent conversation about Jewish culture that doesn’t include and, even in some measure, embrace Jewish theological understandings.

But the moment you accept that, you raise all kinds of red flags around the urge for Jewish national expression. Being an advocate of a Jewish nation-state is simply not the same as being an advocate of a Norwegian state. Norway for the Norwegians, Israel for the Jews? There are some similarities between Norway and Israel — historic trauma and cultural tenacity, among others. But haven’t the Norwegians always been in Norway? The establishment in 1905 of the Norway we know (separated in that year from Sweden) wasn’t followed by any “ingathering” of exiles; no great movement encouraging aliyah from Minnesota. There always have been Jews in Palestine/Israel. But the vast majority, in all the years of the Jewish exile, were elsewhere; not so the Norwegians.

And that may offer a rationale for Zionism. Zionism is essentially a program of return and reunion. The separation of the people from the place was by force, the ties of the people to the place remained lively and then became urgent, and so it happened. Return could not have been to Oswego, N.Y., or Uruguay; return meant Palestine. Reunion did not mean a weekend retreat; it meant for life. And yes, Palestine was neither barren of others nor without claims by others. Those claims were valid but not necessarily competing. Indeed, along the way, there have been diverse programs to render them not merely compatible but mutually beneficial.

But sovereignty? A state? Why?

A simple thought-experiment, based on the assumption that the claims to presence-by-right of both peoples are of comparable validity: Under which sovereignty is there the best chance that the claim of the Other will be respected along with one’s own claim?

The true answer is neither. The true answer, as it has been pretty much since the Jews of the modern period began to act on their claim, is not the Palestinians. There is simply no indication, nor has there ever been, that in a Palestine under their sovereignty they’d have accepted the Jewish return. And whether the Jews intended the creation of the Arab refugee problem or that problem was the unintended consequence of war, it is clear today that under Jewish sovereignty the right of Palestinian Arab return will not be respected.

Accordingly, two states for two peoples. It is not land for peace per se but peace for the sake of life that prompts that solution. There is shame enough to go around, shame for what has happened to both peoples, shame for their own errors and misdeeds. Two states for the sake of peace. Peace for an end to shame. The maximalist dreams of some on both sides cannot be reconciled. Hence both sides must have their own distinctive sovereignty. The ultimate irony is the majority on both sides have come to understand and accept this.

This is the 72nd anniversary of Israel’s independence, Yom HaAtzmaut. May the celebration of the 73rd be attended by growing recognition, not only on both sides but by those who have given up caring or have chosen to be deaf to the Other. The Jewish Other or the Palestinian Other. By all those who believe in the squaring of circles. By those who fantasize that in a one-state solution, two sets of rights that have come to be seen as mutually exclusive can be accommodated. That two states for two people is the only respectful way of getting past the current sorrow, the ongoing distortion, the death and the dying of dreams and of people.

Mark Bilsky is the deputy CEO of Americans for Peace Now.