By unilaterally annexing the West Bank, Israel would be violating international law, and might suffer punitive consequences.

International law experts, including prominent Israeli experts, are all but unanimous in considering the West Bank to be occupied territory, and in endorsing the view that international law prohibits the acquisition of territory by force, and extending the sovereignty of the occupying state onto that territory (which is the definition of annexation). This principle has been adopted and reiterated in the United Nations charter and in numerous UN resolutions, and affirmed by the International Court of Justice (ICJ). Other countries have violated this principle and suffered severe international consequences, whether military action, diplomatic pressure, or economic sanctions. Indonesia, Morocco, Iraq and Russia are examples. Israel is already facing legal proceedings in the ICJ for violating these laws by establishing settlements in the West Bank. If Israel officially annexes these settlements, it will make the case against it at the ICJ much stronger.

In addition to violating international law, Israel would be violating a binding U.S.-brokered agreement that it has signed with the PLO in 1995, the “Oslo II” agreement, which states (Article 31-7) that “neither side shall initiate or take any step that will change the status of the West Bank and the Gaza Strip pending the outcome of the permanent status negotiations.”

It is an obstacle to peace

Unilateral annexation of large parts of the West Bank will deal a severe blow to any future efforts to achieve an Israeli-Palestinian peace deal. 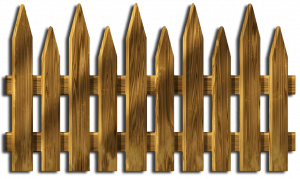 It will hinder peace efforts in several ways. First and foremost, it will apply legal shackles to any possible future peace agreement that an Israeli government may reach with the Palestinians, which involves a territorial compromise. A 2014 Israeli Basic Law, known as the Referendum Law, stipulates that any political agreement reached by the government of Israel, which calls for ceding sovereign Israeli land, would require a super majority of 80 (out of 120) Knesset members, or a simple majority in a referendum. Some of the Israeli extremists pushing for West Bank annexation have explicitly stated that they are doing so in order to be able, in the future, to leverage the “referendum Law” to block a two-state solution.

In addition, annexation would discredit Palestinian moderates who support diplomacy with Israel that leads to a two-state compromise agreement. It will deny them any credibility in the eyes of the Palestinian public, and present them and their path as politically bankrupt. It will demonstrate that negotiations Annexation would therefore serve as a tool in the hands of extremist peace-spoilers on both sides to torpedo a possible future peace deal.

Annexation would take what was supposed to be a temporary non-democratic situation and make it both permanent and formal, codified in law. 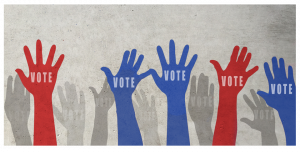 For the past 53 years, Israel has maintained an inherently anti-democratic regime in the West Bank: a military occupation that denies Palestinians basic civil and human rights. The intolerable state of Palestinians under occupation was nevertheless tolerated by the international community (and by most Palestinians) because it was by definition temporary, pending a political settlement that would grant Palestinians national rights in their own sovereign independent state. That promise (which, admittedly, over time turned hollow) was used to convince the world to tolerate the intolerable Israeli government’s policy of settlement construction and the Israeli government’s incentivizing Israeli citizens to move to the West Bank. The world objected to the escalating reality in the West Bank, a reality of two populations, Israeli Jewish settlers enjoying full civil rights while living outside sovereign Israel, and a Palestinian population living under occupation, subject to military law, denied basic civil rights.

It may destroy Israel as a Jewish national homeland

West Bank annexation will not only compromise Israel’s character as a democracy.

It will also jeopardize its future as a Jewish state, thus threatening the very viability of its founding vision to be the Jewish nation-state, the national homeland of the Jewish people. Annexation will perpetuate and solidify the bi-national situation in the West Bank. Without a two-state horizon, the Palestinians’ agenda will shift from a struggle for national independence, in a state of their own, to equal rights in the binational, unequal entity that annexation will codify. If Israel resists international pressure for advancing Palestinian equality, it will go further down a path of an Apartheid-like regime. If it gives in to the pressure and grants Palestinians equal rights, including the right to vote, the large Palestinian minority that will be created in this bi-national Greater Israel will gradually become a non-Jewish majority, which would – through democratic means – deny Israel its Jewish character.

It will damage Israeli security

The security threat that unilateral West Bank annexation poses to Israel is multifaceted. 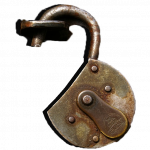 The impact that annexation would have on Israel’s relations with the Palestinians will be devastating. Whether or not it causes another violent popular uprising, annexation will bring many Palestinians to a state of despair and is likely to push many to violence. The Palestinian Authority, which has served as a pillar of stability in the West Bank over the past couple of decades, will almost certainly stop its security cooperation with Israel, and may very well collapse. Israel then will be left with exclusive authority for running the lives of over 3 million hostile Palestinians, a development that is a nightmare scenario for Israel’s security establishment.

Numerous past and present Israeli security chiefs strongly oppose annexation. Once all West Bank settlements and the entire Jordan Valley are annexed, Israeli soldiers will have to protect, in perpetuity, a set of walls and fences that would be much longer than a possible future border with a viable, contiguous Palestinian state would be. Annexation would deny an end to conflict and an end of claims with the Palestinians. The IDF would have to sustain, in perpetuity, a costly occupation that polices civilians and drains the IDF’s fighting capabilities and its moral qualities. Whether annexation leads Israel down a path of bi-nationalism or down a path toward a destination that resembles Apartheid, it will perpetuate and escalate the enmity and the dynamics of conflict between Israelis and Palestinians. West Bank annexation will also threaten Israel’s relations with Jordan, which is one of Israel’s chief strategic assets. In the short run, annexation would further chill the already cold relations between the two countries, and possibly erode their security cooperation. In the long run, particularly if annexation causes mass migration of Palestinians from the West Bank to Jordan – whether voluntary or forced – Jordan may turn from friend to foe. Annexation would jeopardize Israel’s relations with Egypt, and would likely decimate whatever progress it has achieved informally in its relations with Gulf and North African Arab states.

It will damage Israel’s international relations

Annexation will impact Israel’s relations with the international community, particularly with Europe, its chief trade partner.

Israel’s relationship with world powers is a pillar of its national security. Once annexation turns it into a pariah state, akin to pre-1994 South Africa, Israel is likely to face the wrath of the world in the form of boycotts, sanctions, and criminal legal action targeting top Israeli officials.

It will damage Israel’s relations with world Jewry

Unilateral annexation will compromise its relations with America’s Jewish community – a key national security asset – as well as with other Jewish communities worldwide.

Such annexation will violate basic values that most American Jews hold dearly, such as peace, equality, and justice. If the Jewish nation state further disregards these values, it will further deepen the already existing ethical moral dissonance that American Jews are experiencing in their attitude toward Israel.