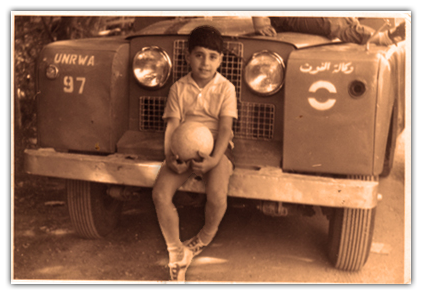 This photo of me at age seven was taken in June of 1967, just outside my home in Jerusalem, a couple of days after the Six Day War ended. I am sitting here on a Jeep that Israeli soldiers seized during the war in the West Bank, and somehow ended up in our neighborhood.

I remember how euphoric everyone was. Even the kids. During the weeks and months that followed, my family, like many Israelis, rushed to explore the liberated land of the Bible.

In our old Susita, an Israeli-manufactured clunker with a Ford engine and a fiberglass body (which camels in the occupied Sinai desert liked to munch on), we traveled to Bethlehem, Hebron, Jericho, and the Judea desert. We explored Jerusalem’s Old City. We pressed prayers into the cracks of the Western Wall and climbed the Mount of Olives. My parents, who had both been Bible teachers, put the scenery in a historical context. Our country was finally whole.

Like most other Israelis, we gave little thought to the Palestinians who lived in the West Bank.

The first Arabic expression I learned then was mush-lazem ("no need" or "don’t bother"). My father said it to the Palestinian kids who wanted to wash our old Sussita and to the women who tried to sell us cheap souvenirs. When Palestinians approached us, my brother and I used to cry out: "Mush-lazem, mush-lazem."

Disastrously, the collective Israeli mush-lazem attitude has mushroomed over the years, and in the past two decades has come to characterize Israelis’ attitude toward their Palestinian neighbors and their plight. Most Israelis didn’t want to be bothered. Their country’s rule over another people seemed all but irrelevant to their daily life. They may have been cognizant of how destructive the occupation was to Israel’s future as a democracy, but as I often told American friends who asked me about this indifference, Israel is a traumatized society, and as such it has a tendency to focus on the here-and-now rather than on the horizon.

Well, the horizon is here. 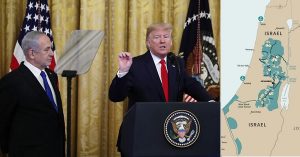 With a green light from Donald Trump’s White House, Benjamin Netanyahu is planning to start, in less than a month, an expeditious push to annex over 30 percent of the West Bank, including all Israeli settlements and illegal outposts.

Annexation would be a disaster, a terrible blow to peace efforts and a threat to Israel’s future as a democracy and a Jewish state.

But like any crisis creates opportunities, so does the specter of annexation. As the question of Israeli-Palestinian relations finally emerges on the forefront of Israel’s public agenda – after years of it being marginalized – our friends at Israel’s Peace Now movement and we here in Washington have a valuable opportunity to educate and advocate. And we are doing just that. 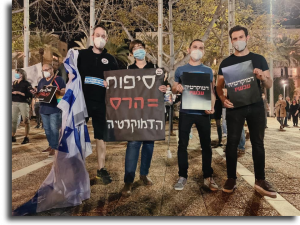 With your support, we and our Israeli allies are saying clearly that if Israel is to survive as a democracy, they must shrug off their mush-lazem attitude and take action now, before it’s too late, to oppose annexation and support peace.

It’s a long-term struggle. I was 17 when Peace Now was established. I have always supported it as an aspirational and inspirational movement.

Please help APN and Israel’s Peace Now movement in advancing this cause.

APN's Ori Nir: 48 Years late – Liberate Israelis and Palestinians from the Occupation
Chanukah Greetings (and Double Your Donation Offer) from APN Chair Jim Klutznick
Yossi Alpher - Soul Searching with a Black Banner - "As I demonstrate against Netanyahu, black banner and Israel flag in hand . . ."
Matching Donation Grant Still Active - "This Is Not A Moment, It's The Movement" - Letter from new APN President and CEO
A Letter from APN for Passover 2021
My Match and Letty's Letter
"Our organization is all about that pursuit" - Letter from Letty Cottin Pogrebin, APN Board Member