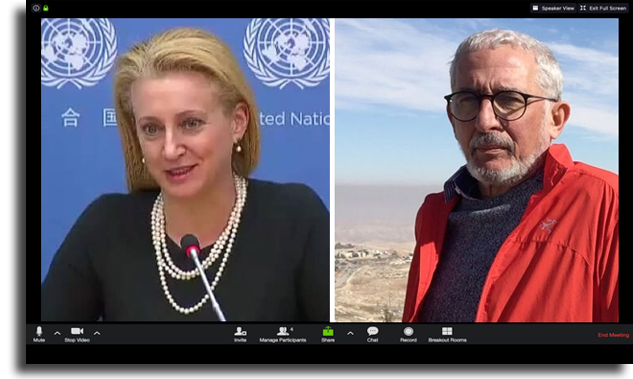 Listen to leading experts on the Israeli-Palestinian conflict and on U.S.-Israel relations Lara Friedman, President of the Foundation for Middle East Peace, and Danny Seidemann, founder and director of Terrestrial Jerusalem.  Recording is from APN's Zoom webinar from July 2, 2020.

Daniel Seidemann is the Daniel Seidemann is an Israeli attorney specializing in Israeli-Palestinian relations, with an emphasis on Jerusalem. He is the founder and director of Terrestrial Jerusalem, an NGO that works towards a resolution to the question of Jerusalem that is consistent with the two-state solution.