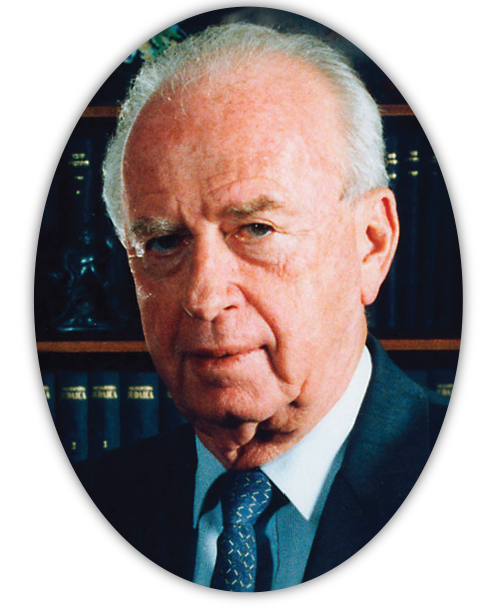 We will honor and celebrate the life and legacy of Yitzhak Rabin with those who knew him, worked with him for peace, and were and remain inspired by him.

The event will be hosted by actor, social activist, and APN Board Member Mandy Patinkin. He will be joined by special guest speakers and musical performers from the US and Israel (already confirmed are Israeli musicians David Broza and Achinoam Nini (“Noa”), videos, and an interactive memorial candle-lighting for those in (virtual) attendance to participate in.

Yitzhak Rabin was a pioneer and fighter in forging the nation-state of Israel. His public life was in service to his country - as a soldier, a diplomat, and a politician – including as Israel’s Prime Minister, first from 1973 to 1977, and again from 1992 until his assassination in 1995. His lasting legacy is of a courageous champion of peace. Rabin led Israel in the historic signing of the Oslo Accords with the Palestinian Liberation Organization - securing mutual recognition and a diplomatic path towards a two-state solution, and in achieving an important peace agreement with the Hashemite Kingdom of Jordan. Tragically, at a Shalom Achshav (Peace Now) organized rally in Tel Aviv, Yitzhak Rabin’s life was violently taken by an Israeli zealot, who intended to kill Rabin’s vision of peace by murdering the Prime Minister.

Americans for Peace Now and our Israeli partners Shalom Achshav are proud to have worked with Yitzhak Rabin in life, and to continue advancing his quest for a secure, democratic, Jewish state of Israel through a negotiated two-state resolution of the conflict with the Palestinians, and peace agreements with Israel’s neighboring states.

Go HERE to see an invitation video from event host Mandy Patinkin, and to register to attend!