Boycotts Are a Proud Part of American Freedom of Speech

The recent Israeli election resulted in what will likely be the most right-wing government to ever take office. This, combined with the prospect of Republican gains in Congress, may have alarming consequences concerning Americans' right to express dissent.

In the past seven years, 34 states passed laws or implemented executive orders penalizing boycotts of Israel. These laws are, in large part, the outcome of a close and troubling relationship between the Israeli and U.S. right-wing. Alarmingly, Republican state legislators have begun using these laws as a template to stifle dissent on other issues. Legislation has now been introduced in 15 states penalizing boycotts of the fossil fuel and firearms industries. Four of those states have passed such bills into law. At the end of the month, the conservative lobbying group ALEC will propose legislation for states to enact at a closed-door summit, which would protect all businesses from boycotts. With the shifts taking place in both governments, and with ALEC's new "model legislation," which of my constitutionally protected political freedoms will be next on the chopping block?

Growing up active in my Maryland Jewish community, I was taught that boycotts are important, valuable, nonviolent tools to express political views. As a teenager in the 80's, I heard Jewish leaders from a multiple organizations call for Jewish Americans to boycott South Africa until its repressive apartheid regime was dismantled. We boycotted the Soviet Union because of the regime's mistreatment of Soviet Jews. My parents and those of many American Jews of my generation refused to purchase German-made cars. Boycotts were a widely used tool to express my community's political views. 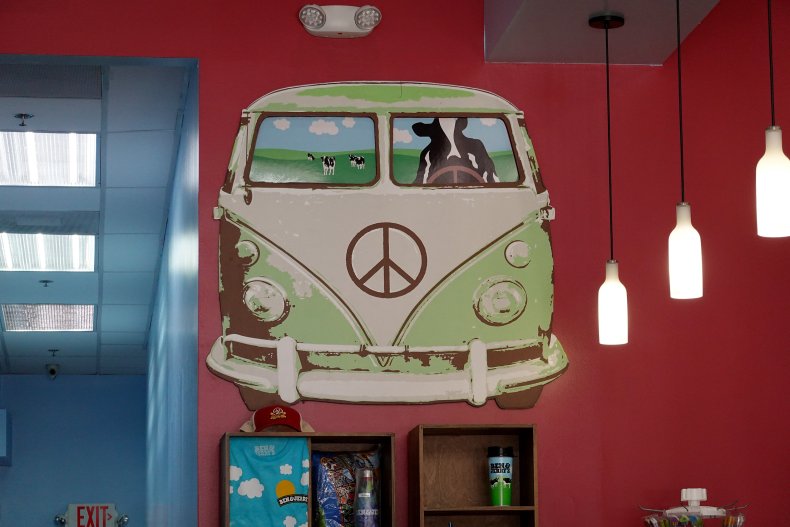 A mural hangs on the wall in a Ben & Jerry's ice cream store on Sept. 23, 2021, in Miami, Florida. The state of Florida restricted purchases of Unilever PLC assets after the company's Ben & Jerry's brand halted sales in the Israeli-occupied West Bank. Joe Raedle/Getty Images

The leaders of my childhood Jewish community would have been outraged if the state of Maryland tried to penalize them for boycotting the Soviet Union. We would have protested en masse if our government required us to sign a pledge to not boycott apartheid South Africa. Yet now–absurdly and alarmingly–our state governments are penalizing people not only for boycotting Israel, but for simply protecting the right to boycott, as happened with Alan Leveritt, the publisher of The Arkansas Times, whose case may now be heading to the Supreme Court.

Arkansas passed a law in 2017 requiring state contractors to pledge not to boycott Israel. Leveritt had no intention of boycotting anyone, but he was aghast at the idea that he would have to give up his constitutional right to free speech in order for The Arkansas Times to receive state advertising dollars. He refused to sign, instead suing Arkansas on First Amendment grounds.

Leveritt is not alone in challenging these anti-boycott laws. I watched with great interest as other plaintiffs brought cases in Georgia, Kansas, Arizona, and Texas. Leveritt is alone, however, in that the Arkansas federal district judge upheld the law. In all the other legal challenges, federal judges ruled that the anti-boycott laws are unconstitutional. Leveritt appealed to the Eighth Circuit, which ultimately ruled with the district court. Whether the Supreme Court hears the case, and how it rules, will impact the political freedoms of every American.

The organization that I lead, Americans for Peace Now, fights against these anti-boycott laws. The question is not whether I (or anyone else) agree with, or likes, a boycott of Israel. The question is whether boycott is constitutionally protected speech. To this, I answer emphatically that it is. We cannot call for corporations to pull their financial deals with Kanye West after his antisemitic statements, and then delegitimize boycotts whose political aims we don't agree with, as too many community leaders are hypocritically doing.

Our right to engage in boycotts comes down to individual choice, often in extremely personal ways. I went to Israel with my family this summer. Should we have been penalized because we refused to stay in an Airbnb in an Israeli settlement in the occupied West Bank? My family and I should have every right to decide where we spend our money. Our consumer habits reflect our views, whether that's choosing not to buy Pompeo wine made in the Israeli settlement of Psagot, or not to purchase a MyPillow product. Yet, urged by an extremist Israeli government, a Republican Congress would almost certainly seek to pass federal anti-boycott laws that would criminalize me for deciding what wine I want to buy and where I want to spend my vacation.

And it's not just about Israel and Palestine. I think about the socially conscious investment funds that I and so many of my friends and colleagues use, due in part to our concerns about climate change and gun violence. Will our lawmakers target these next?

Legislatures and influential lobby groups selectively deciding which boycotts they don't like, and then making them illegal, is not how healthy, functioning democracies should operate. In healthy democracies, ones where freedom of expression is protected, political views are argued on the merits, and not decided by blunt political force used to criminalize opposing arguments or viewpoints.

I urge the United States Supreme Court: hear Leveritt's case. And rule in favor of Americans' constitutional right to freedom of expression.

Note- This piece originally appeared in Newsweek on November 15th, 2022.