This week, Alpher discusses what Olmert's conviction for receiving bribes means for the peace process; why Netanyahu refuses to release veteran terrorist prisoners who are Arab citizens of Israel; how this issue jibes with a new Israel Foreign Ministry document that appears to find legal justification for Avigdor Lieberman's proposal to transfer Arab-populated parts of Israel to Palestinian sovereignty under a two-state redrawing of borders. 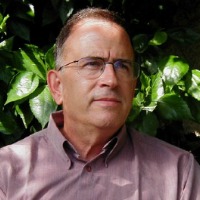