Last week, my colleagues in the Israeli Peace Now movement issued two blockbuster reports. These weren't the regular "more construction was announced" fare. These reports have huge implications, both negative and positive, for peace and the two-state solution.

The Bad News: Settlement Construction Surges, Even Without Tenders

Peace Now documented a 70 percent increase in new construction starts in settlements during the first six months of 2013, as compared to the same period in 2012. That's in addition to a huge number of units completed or on which work was ongoing during this period--altogether translating to 3,070 units which are or will soon be available to house new settlers. Assuming a family of five, this translates to around 15,000 new settlers. 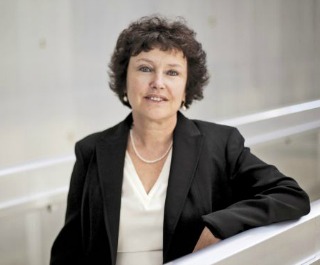 "The Likud's hilltop youth, headed by (MK) Yariv Levin, are leading Israel into the murky waters of a totalitarian state."
--MK Isaac Herzog (Labor) reacts like others from the right and the left to the attempt to
limit Israel's High Court's authority.**

"When the Latrun monastery is spray-painted with graffiti, it troubles the entire Protestant world -  and we cry about anti-Semitism? Those who seek to destroy and devastate us come from us."

--Former Shin Bet chief Carmi Gilon says the roots for the next political murder are planted among "price tag" activists.**

Word of the day:

Hosseleh.
-- "That extra bit of patience nobody has. As in, 'I so don't have the hosseleh for this silly media war between Rohani and Netanyahu. Don't they know neither the Israelis nor the Iranians have any hosseleh left for another war?'" Ilene Prusher writes a Farsi phrasebook for the Israeli Prime Minister.**

"Some of my comrades-in-arms got combat shock, not from the battle itself, but from the burial of the (Egyptian) soldiers."
--Major (res.) Mati Chai talks about his understandings about war and the enemy after he decides to return the dog tags he took from a dead Egyptian soldier 40 years ago.**