This week, Alpher discusses Netanyahu's opposition to an interim nuclear deal with Iran and its consequent strain on the US-Israel relationship, the Israeli perception of a link between the Iranian nuclear issue and the Palestinian issue, the emergence of an ad hoc alliance between France, Israel and the Saudis and Emirates on Iran, who disagrees over what at this juncture, a rating of Netanyahu's overall performance on this issue in recent days, how will Avigdor Lieberman's acquittal and return to his post as foreign minister. affect Israel's foreign relations and how will it affect coalition politics in the Netanyahu government,

Q. Netanyahu's vehement opposition to an interim nuclear deal with Iran appears to have placed great strain on the US-Israel relationship. Can you break down this apparent crisis into its component parts and make it understandable?

A. First, the backdrop: the Netanyahu government and the Obama administration have had a rocky relationship from the start. This derives from basic disagreements over the Palestinian issue as well as the Iran nuclear question. Further, Netanyahu has never hidden his affinity for the Republican party, its leaders and policies. Obama's trip to Israel in March of this year seemingly succeeded in placing the relationship on a sounder foundation. And it created a situation whereby Netanyahu (like Palestinian leader Mahmoud Abbas) understood he had no alternative but to engage in the renewed peace process energized by Secretary of State John Kerry.

Now, several months into that process, and with no real progress to show, Kerry has begun to exercise pressure on Netanyahu and to intimate that the US might have no choice but to propose its own model for a solution. As fate would have it, this has coincided with the controversy over an interim nuclear deal with the Iranians, thereby amplifying the impression of a crisis in American-Israeli relations.

Q. So the Iranian nuclear issue and the Palestinian issue are linked in the Israeli perception?

A. Absolutely. About a year ago, Yediot Aharonot columnist Nachum Barnea coined the phrase "Bushehr for Yitzhar". This was understood to mean that Netanyahu would feel freer to dismantle isolated settlements like Yitzhar and enter into a US-sponsored deal with the Palestinians if the Iranian centrifuges at Bushehr were dismantled as part of a deal to close the Iranian nuclear project. Never mind that Bushehr constitutes a potential existential nuclear threat while Yitzhar has only negative security significance for Israel and represents the demographic disaster that Netanyahu and the settlement movement are driving Israel toward.

Now what appears to be emerging is a "Bushehr and Yitzhar" paradigm. In other words, if a deal with Iran appears to Netanyahu to leave Tehran's nuclear program intact, he won't budge on concessions to the Palestinians. This explains the overall thrust of his statements over the past weekend while negotiations were proceeding in Geneva. Not a single centrifuge ("zero") was to be closed at Bushehr, Netanyahu complained, while the Palestinians refuse to make concessions in peace talks. And because Kerry is in charge of both negotiations, the perception of sharp US-Israel disagreement was unavoidable.

Q. Yet Israel is seemingly not alone on the Iran issue. . .

A. Over the weekend, we witnessed the apparent emergence of an ad hoc alliance between France, Israel and the Saudis and Emirates. The latter were silent--only obliquely referred to by Netanyahu when he pointed out that on the Iran issue, Israel and the Arabs were on the same page, a "rare event". France, for its part, was particularly insistent not only regarding Bushehr but also Arak, where Iran is constructing a heavy-water plant capable of producing weapons-grade plutonium that could fuel an alternative track to nuclear weaponry. To Netanyahu's categorical pronouncement that the P5 + 1 were negotiating a "bad deal" in Geneva, France's Foreign Minister Laurent Fabius added that Iran was playing the 5 + 1 for "suckers" (also translated "a fool's game").

French opposition at Geneva appears to be motivated by Paris' historical interest in the Levant and particularly Syria where Iran is a negative factor, its desire to sell arms to Saudi Arabia and the Emirates (instead of or alongside the United States) and a legacy of bad relations with the Ahmadinejad government in Iran that have not been repaired by President Rowhani. The Saudis and UAE fear both Iran's nuclear project and its incitement of their Shiite minorities. In some ways, their concerns about Iran are as existential as Israel's, with the signal distinction that they lack Israel's means of deterring Iran and ultimately defending itself.

Q. So who disagrees over what at this juncture?

A. From what we know of the Geneva negotiations, it appears that Israel and the US disagree regarding the nature of the Iranian uranium processing freeze at Bushehr and construction freeze at Arak. Israel fears that even a limited relaxation of economic sanctions will constitute a slippery slope, while complaining that there is nothing in the agreement to stop Iran from proceeding with at least some aspects of its nuclear program. Nor does this interim agreement comprise a firm Iranian commitment and international plan for ultimately dismantling Iran's nuclear effort. Netanyahu fears lest President Obama, in keeping with his reticence to employ military force in the Middle East, is too eager for a deal with Tehran's wily negotiators.

Both France and Israel want a full construction freeze at Arak while the remainder of the 5 + 1 appear to accept a lesser Iranian gesture. And Iran ultimately refused to accept the 5 + 1 draft agreement and asked for time to consult. Apparently, it wants unconditional international recognition of its "right to enrich", and did not get it.

Q. How do you rate Netanyahu's overall performance on this issue in recent days?

A. Once again, as with Netanyahu's treatment of Iranian President Rowhani's recent election victory and UN appearance, we confront a Netanyahu whose strategic understanding appears to be solid but who fails miserably at the tactical level. Here I must acknowledge that over the weekend, watching Netanyahu condemn the emerging Geneva agreement after his obviously unpleasant meeting with Kerry, I had the unique sensation that for the first time in many years I found Netanyahu credible: not scheming, over-calculated and insincere as he usually comes across, but genuinely angry. When he said, "This is a bad deal, don't do it," he meant it.

So far, so good. This is at least convincing. But to add that the deal "won't be binding on Israel", meaning to allude to the possibility that Israel will attack Iran if it feels the deal endangers it, was pointless bluster. Simply put, that won't happen during negotiations with Iran or following an interim deal--when the entire international community has endorsed a step that weakens Iran militarily while re-integrating it gradually into the international community. Indeed, Netanyahu's critique of the Geneva effort appeared to ignore the fact that this is a six-month interim agreement to enable more substantive negotiations to take place. Listening to Netanyahu, one would think he was condemning the permanent agreement that does not exist. To make matters worse, to greet Kerry's efforts on the Iranian and Palestinian fronts with steps toward massive new settlement construction and proclamations that blame the Palestinians one-sidedly for the apparent impasse in negotiations is to paint Israel into a corner vis-a-vis the Obama administration and its sincere efforts on both fronts.

Israel may have legitimate complaints about the wisdom of some of those efforts. And Jerusalem is understandably not frightened by Kerry's unsubstantiated threats of a "third intifada" if negotiations with the Palestinians fail. Further, Netanyahu's weekend rhetoric may have helped stiffen the negotiating resolve of the 5 + 1 in Geneva. Having contributed significantly to making Iran's nuclear project an international issue, Netanyahu's historical role may indeed now be to try to encourage tough negotiating positions.

On the other hand, Netanyahu must now at all costs avoid making a Geneva agreement "Israel's problem". He may be climbing a rhetorical ladder regarding Iran that it will be hard to descend from. Having France and Saudi Arabia on Israel's side is helpful, but temporary--these are by no means true allies of Israel. Only the United States is.

Q. Last week witnessed the acquittal of Avigdor Lieberman. On Monday he returns to his post as foreign minister. How will this affect Israel's foreign relations and how will it affect coalition politics in the Netanyahu government?

A. Assuming Lieberman reverts to his foreign policy style of shooting from the hip on controversial issues and expressing general disdain for Israel's Arab neighbors, his behavior will only worsen Israel's already significant international isolation. That's a fairly safe assumption. The question of his behavior at the domestic political level is more intriguing.

Lieberman and his Yisrael Beitenu party now face the question of where to position themselves on the political spectrum. As matters stand, Lieberman's return to an active role in government moves the coalition slightly more to the right on Iran and the Palestinian issue. This could generate friction with the more moderate HaTnua (Livni) and Yesh Atid (Lapid), as well as rivalry with the more extreme Jewish Home (Bennet). Further, having run in January's elections on a joint slate with the Likud in which both lost mandates, should Yisrael Beitenu now seek to merge with the Likud--meaning that Lieberman in effect declares his candidacy to succeed Netanyahu both inside the Likud and nationally--or should it redefine itself as a separate party?

The latter option points to an intriguing possibility. Lieberman, who does have an occasional pragmatic streak and whose party is secular--but whose Russian immigrant voter base is being absorbed into the Israeli fabric so quickly that it will soon broaden its voting choices--may now want to redefine himself and Yisrael Beitenu in order to capitalize on the broad public support that greeted his complete acquittal after so many years of police investigation. His decision to visit the Western Wall immediately upon leaving the courthouse last week may point in the direction of a moderate right-wing, "traditional" Jewish party that appeals to all Israeli Jews. In any case, he has never delivered on his promises to Russian immigrant voters of more liberal marriage and conversion laws--initiatives that have now been coopted by Jewish Home and Yesh Atid.

Thus Lieberman's collaboration with Shas in the recent Jerusalem municipal elections in running a Sephardic Orthodox candidate, Moshe Leon (who was narrowly defeated), may be a harbinger of things to come. Whatever he decides could significantly influence Israeli politics in the coming years. 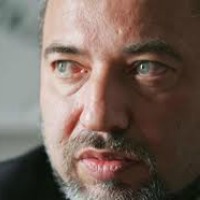