The houses stood empty since the early 2000's when as a result of restrictions on Palestinians' freedom of movement and confining laws and curfews, hundreds of families left their homes and business in the area around the settlement in Hebron, hoping to return when the situation returns to normal. However, until today the restrictions on Palestinian movement in the area are still imposed by the IDF. 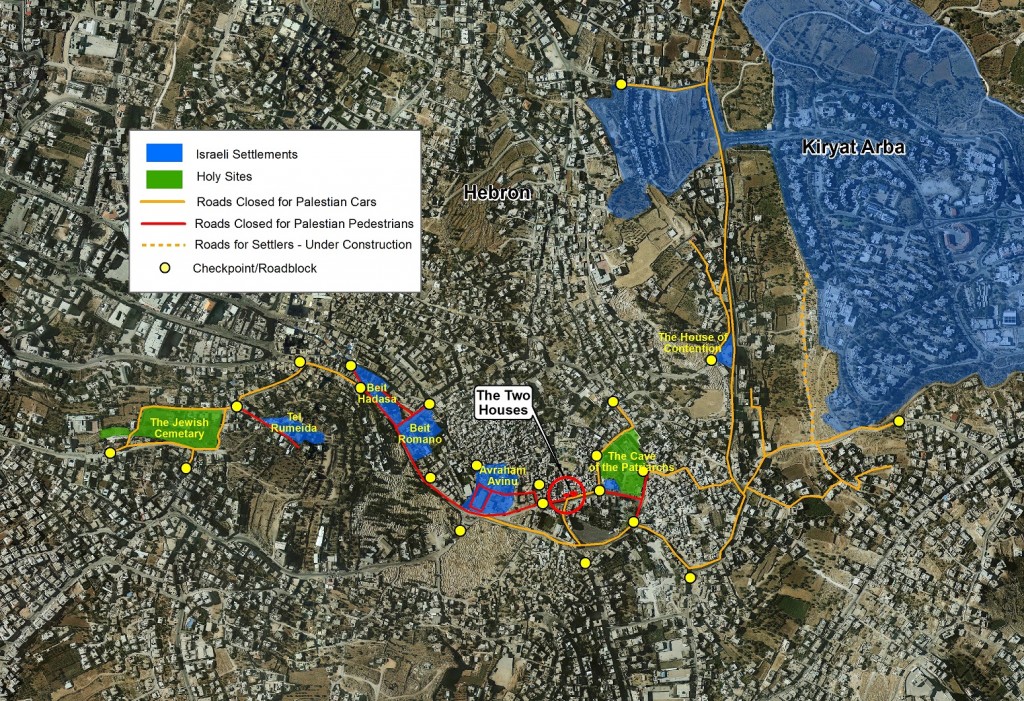