"Deluded" - Because we dared.

Prime Minister Benjamin Netanyahu loves to use social media as a tool to settle accounts with those who dare to challenge his policies, often in demagoguery that panders to the online mob both in content and style.

On Sukkot Eve, it was us, Americans for Peace Now, who were the target of Netanyahu’s bluster. Why? Because we dared to highlight his West Bank settlement policy at a special United Nations Security Council session.

At the gathering, APN’s Lara Friedman delivered a measured, fact-based analysis of the damage that West Bank settlements inflict on Israel’s national security. We are proud of Lara’s performance at the security Council and gratified to have been given the opportunity to share with the world our deep concerns about the direction in which Netanyahu’s policies are leading our Jewish homeland.

Netanyahu, in a misleading Facebook post, falsely accused us of alleging that the settlements are the cause of the Israeli-Palestinian conflict. We never make this argument. 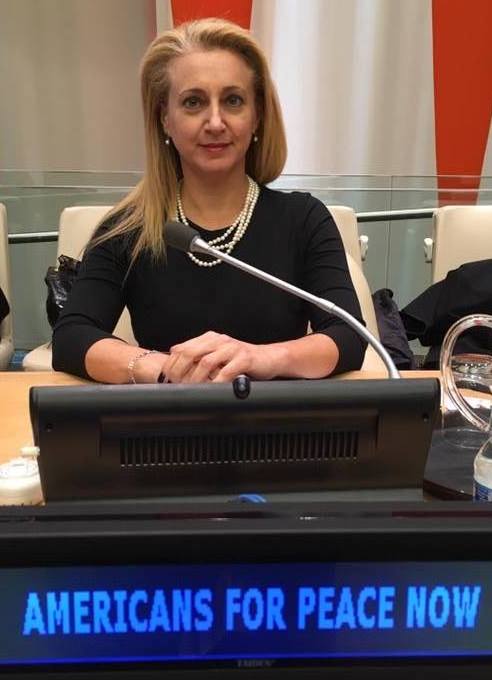 And while lobbing false accusations, Netanyahu had the chutzpah of accusing us of taking part in a “slander campaign” against Israel, just because we demonstrated how his ongoing settlement-construction campaign damages Israel and jeopardizes its character as a Jewish state and a democracy. In a facebook post this weekend, he called groups such as ours "deluded."

His attack on us and on the Israeli human rights organization B’Tselem, which shared the UN podium with us, was so vile that it prompted the State Department spokesperson to commend APN and B’Tselem for their work and to send a reminder to Netanyahu that “we believe that a free and unfettered civil society is a critical component of democracy. As we have said many times, we believe it is important that governments protect the freedoms of expression, and create an atmosphere where all voices can be heard.”

Your support for APN will show Netanyahu that you care about peace and about Israel’s future, that you value the truth over propaganda, and that you reject his cheap demagoguery and intimidation. Your support will help us continue to challenge Netanyahu’s destructive policies.

APN Weekly Update - APN testifies at the UN and more
You can't help but wonder.
Matching Donation Grant Still Active - "This Is Not A Moment, It's The Movement" - Letter from new APN President and CEO
APN/ Peace Now in the News: October 15-21, 2016
October 19, 2016 - The UN, the US and the Palestinian issue
Join us in honoring Yitzhak Rabin