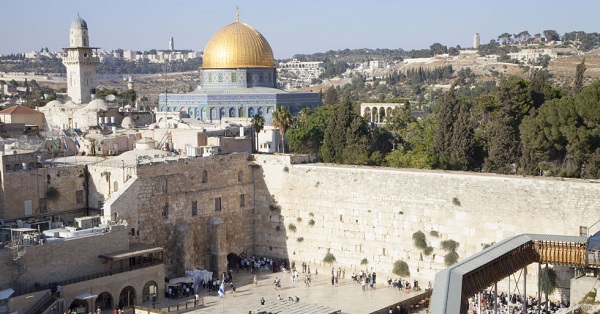 The UNGA vote – 128 countries voting against Trump's move, with only 9 in favor and 35 abstaining – is a slap in the face of the US, a reality check for Israel, but also a welcome endorsement of the two-state solution and of diplomacy as a tool for resolving the Israeli-Palestinian conflict. It is a rebuke of Trump's unilateralism and a bitter blow our country's global leadership role. "This is the price we pay for President Trump acting on a whim and reversing a fifty-year-old policy carefully implemented by past presidents, Democrats and Republicans alike," said Debra DeLee, APN's President and CEO.

Americans for Peace Now (APN) joins our sister-organization – Peace Now, Israel's preeminent peace movement – in recognizing that the UNGA's vote does not signify a rejection of Israel. In fact, it reaffirms the support of the United Nations for an Israel that lives side-by-side in peace and security with a newly-formed Palestinian state on the 1967 lines.

Peace Now stated: "Today, it has become clear that Trump's statement damaged Israel's standing, further escalated its international isolation, and brought back Jerusalem to the heart of the conflict. In the face of the Netanyahu and his right-wing friends' celebration of Trump's recognition and their promises to bolster Jerusalem's status, Israel's long-time friends today turned out to convey a clear message: that they oppose unilateral actions and support a two-state solution."

Trump and Netanyahu tried to bully the world and failed. "It is the role of responsible Americans who care about US national security, Israel, and peace to stand up and demand of both the Trump Administration and Netanyahu's government a measured, sane, and responsible policy regarding sensitive issues like Jerusalem," said APN's Debra DeLee.