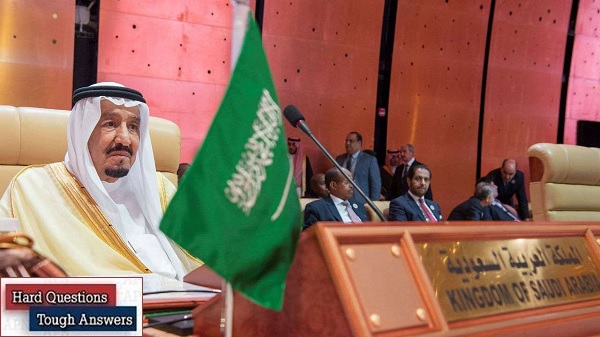 This week, Alpher discusses the main challenges Israel faces on its seventieth birthday: war, Gaza, peace, and the nature of the state.

Q. Israel faces many challenges on its seventieth birthday. What in your view are the main ones?

A. The main strategic challenges are those that affect war, peace, and the nature of the Israeli state, including its relationship with world Jewry. Obviously, in this format we can only devote a few words to each. Significantly, Israel can be described as sliding down three very negative “slippery slopes”, not all of which are subject to its potential control.

A. Israel finds itself on a slippery slope toward war with Iran and Iranian-led forces in Syria and Lebanon. Soothing words from people like Iranian Foreign Minister Zarif (Sunday April 22: “I do not believe that we are headed towards regional war”) are largely irrelevant. Zarif does not determine Iranian strategy in the Middle East and those who do--Supreme Leader Khamenei and al-Quds Force Commander Soleimani--adhere to a strategy of aggrandizing Iranian hegemony in the Levant and destroying Israel.

This bespeaks an innovation after 70 years: at a time when Israel is no longer threatened by Arab states, it confronts the prospect of its first war with a non-Arab enemy. The Israeli security leadership clearly assesses that the more preemptive warning blows it can inflict on the Iranians in Syria, the more likely a full-scale war can be avoided because Iran reassesses its chances so far away from home and backs away.

This explains Israel’s deliberate attack on Iranian military personnel at Syria’s T-4 base on April 9, after it became clear that the drone Iran sent into Israel from that base on February 10 (and Israel intercepted) was armed and lethal, meaning Iran was attacking Israeli territory. So far, judging by Iran’s threats, it has not gotten the message to go home.

The key to preventing war with Iran or even escalation in that direction appears to be Russia. President Putin is a very cool and calculating neighbor--like Iran, a new neighbor. The specter of Iran and Israel fighting on Syrian territory where Putin aspires to hegemony does not serve his presumed interest. What, if anything, will he do about it, and how will his decision affect Israel?

The United States under President Trump is basically not a player here. This bespeaks another innovation, albeit one that changes a reality that has prevailed for only 45 years. Since the 1973 Yom Kippur War Israel has relied on an informal alliance with the US. Now, if there is an Israeli-Iranian war, particularly one limited to Syrian and Lebanese territory and airspace, it is not certain that Israel can depend on the United States for active support.

A. This is the second of Israel’s slippery slopes. It appears to be headed toward escalated conflict with Hamas in Gaza. The Friday Palestinian demonstrations along the border fence are shrinking in size, but they can be counted on to grow again as May 15 approaches. The count of Palestinian dead and wounded from IDF fire is also dropping, but this has not diverted the world’s attention. Last Friday a 15-year-old Gazan boy was among four shot dead and hundreds wounded by IDF sniper fire.

It’s not enough to proclaim that the IDF is the world’s most moral army. Because most armies rarely if ever fight, they can easily be judged more moral. Israel is on more accurate ground when it states that these are the inevitable and minimal losses incurred when Hamas whips up dangerous demonstrations to fan Palestinian ardor over the right of return and indeed against Israel’s very existence. Yet much of the world (not Israel’s Arab neighbors, who are silent because they detest Hamas and are fed up with Palestinian attitudes) does not buy either contention. The IDF has to find a more humane way to manage this confrontation lest it end up yet again in a counter-productive war with Hamas that draws widespread international condemnation.

A. Here too Israel remains on a slippery slope--toward an Israeli-Palestinian one-state reality. Here again, Israel can no longer depend on the US. Last week, Trump peace envoy David Greenblatt stated that an Israeli-Palestinian agreement would require “reuniting Palestinians in Gaza and the West Bank under one responsible [Palestinian Authority] leadership.” Since that is a virtual impossibility, the meaning of Greenblatt’s statement is presumably that no Trump peace plan is about to be unveiled. Even if a plan is presented one of these days, everything points to it being a one-sided non-starter that the Ramallah-based PLO has no interest in.

Note, too, that at an Arab summit in Saudi Arabia last week the Riyadh leadership took its distance from the Trump administration on Jerusalem and, for that matter, regarding Syria too. King Salman pledged contributions to the Palestinians to make up the difference created by Trump’s cancellation of aid. While Saudi Crown Prince Mohammed bin Salman admirably recognized Israel’s right to exist three weeks ago in the US, any further progress has, as in the past, been conditioned on Israeli-Palestinian peace.

So neither Trump nor the Saudis are on board. Netanyahu, oblivious to the Israeli-Palestinian slippery slope as long as he can hold onto power and pursue his ultra-nationalist political program, doesn’t mind.

Q. The nature of the state?

A. Netanyahu’s ultra-nationalism is the right segue for this discussion. And, because she focused on the political and ideological behavior of PM Netanyahu, Natalie Portman’s protest boycott is the right catalyst. Indeed, the ludicrous and paranoid reaction of several of those close to Netanyahu--accusing Portman of anti-Semitism and supporting BDS and proposing to cancel her Israeli passport--merely confirmed Portman’s rationale for refusing the Genesis Prize.

Let’s leave aside the substance of the prize itself. It is endowed mainly by Russian expat oligarchs at least one of whom has a problematic past. Portman’s prize was first awarded then denied to Justice Ruth Bader Ginsburg in a strange twist of events. The Genesis awards committee is not balanced. Still, the money is meant for a good cause and both Ginsburg and Portman were worthy choices. Besides, there is little room for smugness when even the Nobel Prize has a dubious history anchored in the invention of dynamite.

Rather, this was an opportunity for Portman to make a statement about Israel of today, and the question is whether she could have done better. “I chose not to attend,” she said, “because I did not want to appear as endorsing Benjamin Netanyahu, who was to be giving a speech at the ceremony. By the same token, I am not part of the BDS movement and do not endorse it. Like many Israelis and Jews around the world, I can be critical of the leadership in Israel without wanting to boycott the entire nation. . . . the mistreatment of those suffering from today’s atrocities is simply not in line with my Jewish values. Because I care about Israel, I must stand up against violence, corruption, inequality, and abuse of power.”

This is a noble statement. Portman could have made it at the award ceremony, speaking either before or after Netanyahu. In her speech, she could have been far more explicit about Netanyahu’s abuse of power and corruption. And she could have specified precisely to which organizations that fight inequality she was giving her $2 million award, rather than letting the Genesis Prize officials decide.

Early in April, against the backdrop of Netanyahu’s racist and pathetic effort to rid Israel of some 30,000 African asylum and job seekers who thought they would find a safe haven here, Yediot Aharonot columnist Nachum Barnea offered a formulation for greater specificity by Portman: “We have to say what is true: the present Israeli government is not much different from a number of rightist governments in central and eastern Europe and from the Trump administration in the US. The common denominator that links them is xenophobia. . . . Hatred of foreigners is convenient for a regime. It strengthens collective identity and the sense of superiority of the white majority. Add hatred for the prevailing order, the judicial and media establishments and for liberal values. Anyone who criticizes the regime is foreign, leftist and the enemy.”

I’m pretty sure Portman would refuse a prize awarded by President Trump, too. I’m just not sure this is the right way to go about registering your protest. Author David Grossman, a peace activist, chose the alternative in agreeing to accept the Israel Prize on Independence Day from the likes of Netanyahu and Naftali Bennet. And he wasn’t even invited to speak at the ceremony.

Personally, I don’t support boycotting anything Israeli, if only because we ourselves were long the victims of boycott and because ultimately sane, moderate Israelis and ultra-nationalist messianic Israelis are going to have to find a way to live together. Besides, boycotts generate counter boycotts and draw opportunistic adherents with alien values. Ultimately, I believe the boycott exercise produces neither a happy ending nor substantive benefit.

Portman’s boycott is legitimate. She tried hard to ensure she would not be confused with BDS, though to Israel’s ultra-nationalists that’s a minor detail. But I would argue that she could have made a more profound and telling contribution to the discussion of Israel’s present and future by showing up and speaking. Will Portman’s protest speed Netanyahu’s departure from power? On the contrary, it just strengthens the voter base of Israelis who keep him in power.

Further, Portman is a member of the liberal-majority American Jewish community, with a strong tie to Israel. By showing up and speaking out at the ceremony she would help strengthen rather than weaken the increasingly tenuous yet strategic links that still, barely, bind the world’s two largest Jewish communities.