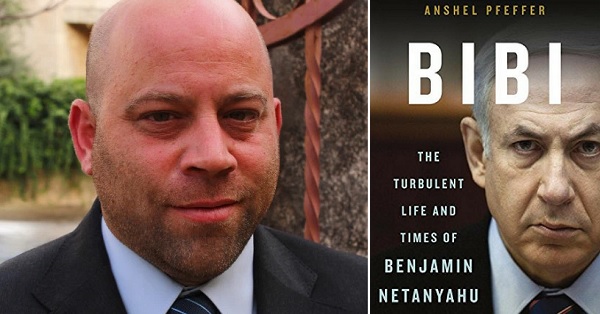 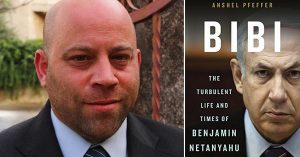 Bibi: The Turbulent Life and Times of Benjamin Netanyahu

Join us for a special book reading and conversation with Israeli author and journalist Anshel Pfeffer following the release of his new book, Bibi: The Turbulent Life and Times of Benjamin Netanyahu, a deep and complex biography of Israeli Prime Minister, Benjamin Netanyahu. Moderated by UpFront host and award-winning writer and broadcaster, Mehdi Hasan.

Register for the event

"... Pfeffer's riveting account illuminates the ways in which the man leading Israel today is both a product and a beneficiary of bitter divides that have shaped the nation's politics from its earliest days."―Tamara Cofman Wittes, Senior Fellow in Middle East Policy at the Brookings Institution

Learn more and and purchase the book

Anshel Pfeffer has covered Israeli politics and global affairs for two decades. He is a senior correspondent and columnist for Haaretz and the Israel correspondent for the Economist. He lives in Jerusalem.

Mehdi Hasan is an award-winning British writer and broadcaster based in Washington DC. He hosts 'UpFront' on Al Jazeera English, and has interviewed leading members of the current Israeli government, including Naftali Bennett, Tzipi Hotovely and Ayelet Shaked. He is also a columnist for and senior contributor to The Intercept magazine and a contributing editor to the New Statesman magazine in the UK. He is the author of two books, including a biography of former UK Labour Party leader Ed Miliband.