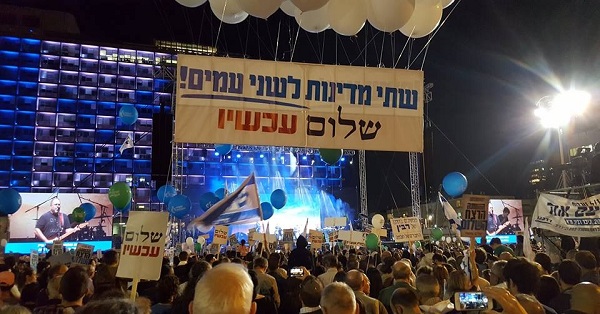 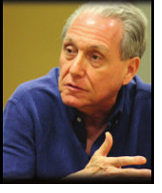 Israeli elections are over. Any hopes that we may have had for electoral change that would garner pro-peace leadership are dashed.

Meanwhile, we have a reinvigorated Netanyahu, backed by his political twin Donald Trump, pushed hard by his extreme right-wing coalition partners to deliver his campaign promise of West Bank annexation.

Let’s not mince words, my friends: With Trump’s blessing, Netanyahu is on his way to officially, legally, establish an apartheid regime in the West Bank, and make it even harder for future Israeli leaders to make peace. Let’s be clear: Yesterday’s elections have put Netanyahu and his allies on a faster, surer track to destroy Israel’s democracy and to further crush its ethos of equality, justice, and tolerance.

For us, progressive Americans who care about Israel, today is a call to action. Today, we are redoubling our commitment to the cause of a democratic Israel that lives in peace and security with its neighbors and embodies the values we so strongly believe in.

What we know is this. Throwing away the project of a Jewish national home, at peace with its neighbors and embodying the liberal democratic ideals that we hold dear, is not an option. If Israel is to come through this dark period in its history -- and it can and must -- it is Israel's civil society, still vibrant despite all of Netanyahu's despicable efforts to attack and delegitimize, that will lead the way. It is Israel’s civil society that will lead the fight.

Our Israeli allies are committed and determined because they know they have a solid constituency in Israel. Yes, Netanyahu won almost a third of the vote, despite his legal troubles. But another third of the vote went to a new party, headed by a political freshman, Benny Gantz, who promised clean, ethical politics and a more liberal future for Israel. By welcoming a new party and a new leader, the Israeli public – a large segment of it, at least – has again demonstrated political flexibility, adaptability and open-mindedness. It clearly shows that the public activism and advocacy we practice does work, and that it can change Israeli hearts and minds.

Today, we are redoubling our efforts. We count on you to redouble your support.

Peace Now's Shaqued Morag: We are not distracted!
A Letter from APN for Passover 2021
APN Letter to President-elect Biden and his Transition Team
This Passover, jump into the fray
"Our organization is all about that pursuit" - Letter from Letty Cottin Pogrebin, APN Board Member
PAST ACTION - SIGN THE PETITION to Netanyahu and Gantz: NO to Annexation, YES to Peace!
My last week and our New Year's letter to you