PAST ACTION: Say NO to settlement expansion - Help block the E-1 plan 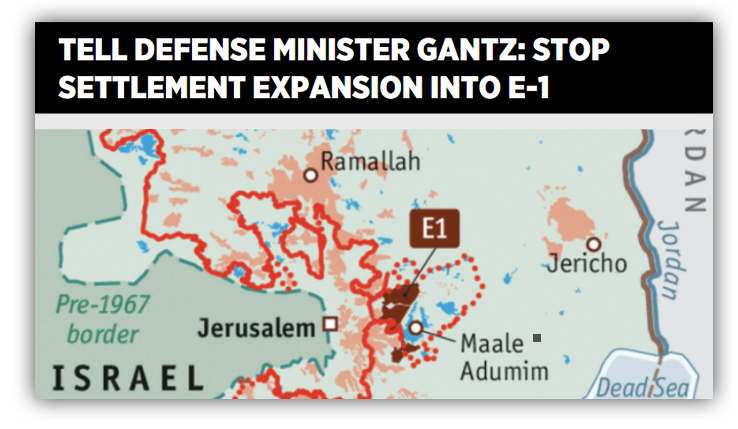 Prime Minister Netanyahu's plans for annexing the West Bank have been put on hold. Maybe. But his efforts to undermine a two-state solution continue unabated. His government is currently advancing plans for a new settlement project in the territory known as E-1.

This Friday, August 28 is the deadline for submitting objections to the construction plan. Right now, thousands of Israelis, led by our partners at Peace Now - together with Ir Amim, and the Association of Environmental Justice in Israel (AEJI) - are mounting a major opposition campaign.

Stand in solidarity with our brothers and sisters in Israel by adding your name to block this plan and preserve prospects for a just and viable solution to this conflict. Together with our colleagues from the Progressive Israel Network, we will be submitting this petition to Israeli Defense Minister Benny Gantz, who has the authority to block this plan from moving forward.