Bringing the Peace Flag to Congress 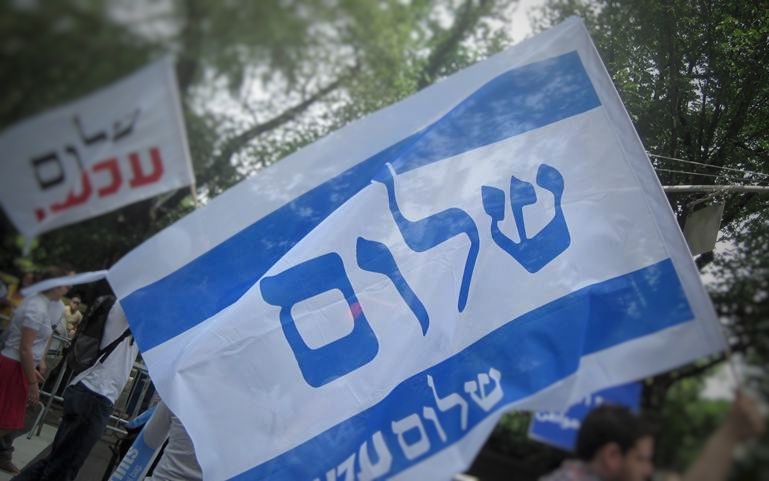 Congress is really into flags. Every member flies an American flag outside their door. Some fly college flags or state flags. I’m sure you’ve seen the controversy as some bigoted Reps (space laser lady) posted hate-filled signs outside of their offices in response to a colleague flying a trans rights flag.

We are introducing a new flag to Congress. The Peace flag.

Like Americans do on the Fourth of July, Israelis too flood their country with their national flag on Israel’s Independence Day.

Over the past decade, our friends at Peace Now have popularized the “Peace Flag” which features the word Shalom in its middle. And Israel’s peace camp has enthusiastically embraced that flag. Now, with your support, we are bringing the Peace Flag to Congress!

For $36 dollars you can send a flag to the Representative or Senator of your choice.

Do you live in a district or state represented by a champion for peace? Great, send them a flag that they can proudly fly outside of their office. Maybe your Senators and Representative are, well, less than champions when it comes to Israeli-Palestinian peace. In that case, what better way to let them know that you, their constituents, support peace, then by sending a Peace Flag.

On April 15th—Israeli Independence Day—we will be delivering flags to members of Congress. You (not you, my DC friends, but we see you) have two Senators and a Representative.

And of course you don’t have to send flags only to your members of Congress. Send one to Mitch, to Ted (will only be sent to DC, not Mexico) or to the House Q Caucus members. Peace flags make a great gift to your friendly members and a stark reminder to those others who need it.