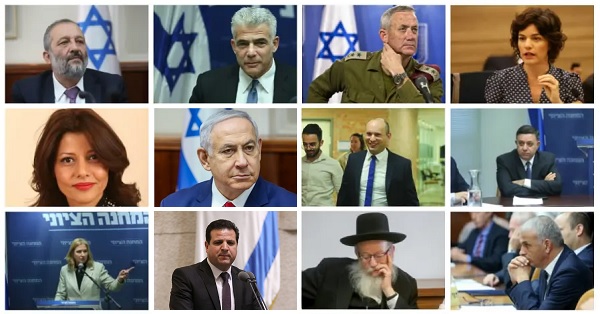 Q. In late December the Knesset dissolved itself at the request of PM Netanyahu and set new elections for April 9. In late November Netanyahu had warned that the security situation was too delicate to risk elections. What changed his mind?

A. Netanyahu was apparently hinting in November at the operation about to begin along Israel's border with Lebanon to expose and destroy Hezbollah's attack tunnels. But his coalition was already hanging on to power with a majority of only one following Avigdor Lieberman's resignation as defense minister. Accordingly, even then Netanyahu clearly had his eye on early elections; he rejected Naftali Bennet's self-declared candidacy for the defense job and appointed himself to the post so he could take credit for the tunnel operation. Once it was clear that the operation in the north was not provoking violent conflict and, indeed, was embarrassing Hezbollah, Netanyahu had one less excuse for postponing elections.

If security and coalition politics were factors in Netanyahu's decision-making regarding elections, so was the prime minister's legal situation. In late December he became aware that Attorney General Mandelblit was much closer than previously believed to delivering indictments in at least two corruption cases against him. Netanyahu clearly wanted to hurry elections and begin his fifth term as prime minister before being indicted. He apparently believed that with a new electoral mandate he could more readily rebuff indictments or at least delay actual legal measures for years more.

This factor evidently explains more than anything else the April 9 early election date. Israelis are accustomed to long drawn-out electoral seasons--not to "quicky" elections that follow barely 100 days' campaigning.

A. Indeed. Mandelblit may be a Netanyahu appointee, but his integrity is apparently not for sale. After consulting with many of his predecessors in the attorney general's job along with additional very senior legal figures, he let it be known that elections, meaning politics, could and would not be a factor in his consideration of the timing of indictments. On the contrary, voters had a right to know the legal status of a candidate.

Mandelblit's target date for delivering indictments is now February, well before the elections. Netanyahu, having already set the election date and dissolved the Knesset, can only fume via twitter about the effect this could have on his voters. Here, incidentally, it's safe to say that if the charges against Netanyahu are of the relatively humdrum "violation of trust" variety, most of his electoral base will remain loyal. Fellow Likud leaders will not revolt against him. They will gladly join in labelling all opposition to their left, including a collection of former IDF chiefs of staff (see below), as "traitors". In this spirit the Likud has opened an unprecedented attack on the judicial branch and the rule of law. It's open season to incite against Mandelblit.

Such is the low level of Israeli politics these days. (Not just in Israel. Compare with Trump's all-forgiving populist and Republican bases.)

Q. Now to the elections themselves: what's new?

A. Tactically, meaning at the level of party politics, a great deal. Strategically, not so much.

A. What has happened since late December is no less than bewildering. Veteran parties are fragmenting, new parties are emerging, and the much-anticipated merging of ideologically-close parties has yet to happen.

The two major fragmentations have taken place within the left-center Zionist Camp and the right-religious Jewish Home. On January 1, Labor leader Avi Gabbay publicly humiliated his partner in leading the Zionist Camp, Tzipi Livni of HaTnua, by announcing in her presence that he was dissolving the Zionist Camp.

Since there was no love lost between the two partners, Livni took the slight with a poker face. She has not yet announced her political intentions, but unless she partners with some additional force in the political center it looks like she will sit out these elections. Meanwhile, Gabbay's residual Labor party immediately plunged in the polls to record low single-digit levels that contrast brutally with the Zionist Camp's current 24 members of Knesset. So thus far, on the political left, Gabai's dramatic initiative looks like a combination murder-suicide.

What happened in Jewish Home on December 29 is equally puzzling and potentially destructive. The party's two leaders, Justice Minister Ayelet Shaked and Education Minister Naftali Bennett, announced they were leaving to form the "New Right" party. Jewish Home with its eight MKs was an Orthodox party with a strong pro-settler orientation. The Orthodox Bennett and secular Shaked, in departing that party, present the New Right as secular and right-nationalist in orientation. Suddenly Bennett, after years of pushing his religious agenda into Israel's schools, has remembered that his wife is actually secular!

The emergence of this new party presents a spectrum of tactical political challenges. First, will the remaining MKs from Jewish Home, all adhering to varieties of messianic-nationalist ideology, now join up with even more extreme messianic types on the far-far-right who could not muster enough votes in previous elections to pass the four-mandate threshold? Together they could form a new super-extreme party that would likely prosper in these elections.

Q. What about the totally new parties that have just emerged?

A. Their arrival on the scene the moment elections were announced was anticipated, of course. Their self-designated leaders declared their intentions months ago. But now their parties have names. Former IDF Chief of Staff Benny Gantz, a political novice, calls his party Israel Resilience (Hosen LeIsrael). It is still riding high in very preliminary polls, precisely because it has yet to publish a platform or an electoral list. In a virtual universe of "wish list" parties hovering around the political center, it is competing with the Telem party of another former chief of staff, Moshe Yaalon, a former Likudnik who served under Netanyahu as minister of defense, and the Gesher party of Orly Levy-Abekasis, which has passed the threshold consistently in the polls by focusing on socio-economic issues. Yet a third former chief of staff, Gaby Ashkenazi, is still mentioned as a potential alternative leader for Labor, as is even Ehud Barak, especially now that Avi Gabbay has embarrassed himself and the party with his ham-handed divorce from Livni.

None of these new parties has a concrete platform or Knesset list. All are potential candidates to merge with one another, with Livni's HaTnua, with Labor or with Yair Lapid's Yesh Atid. Failure in early polling could push one or more of them to abandon the race. In general, it is safe to say that most of the retired generals are inclined to overestimate their popular appeal.

At the tactical level, then, at this early stage we are looking at rapid-fire maneuvering to fragment or to merge on the political far right and at the political center. Stay tuned.

Q. Why are you skeptical that something new is emerging at the strategic political level?

A. Thus far the electoral picture that has emerged confirms what we knew: the Israeli political left is confined to Meretz and the United Arab List (which has just lost its token Jew, Dov Khenin, a universally acknowledged lawmaker, to retirement or job burnout). The right has a proliferation of parties that underlines the growing mainstreaming of the most provocative ultra-nationalist proposals, from a non-democratic one-state solution to varieties of "transfer" and creeping annexation. The three main ultra-orthodox parties are all right-wing in orientation, beyond their far-flung religious demands.

In this reality, everything else is "center". Labor and Lapid are now center, meaning they won't campaign on an active two-state solution (Meretz will). The generals and Orly Levy are "center" even if they themselves have not defined what that means.

Withal, Likud remains dominant--the obvious candidate, led by Netanyahu, to form the next "center-right" coalition after the elections, probably with satellite parties like Kulanu and Yisrael Beitenu whose political origins are in the Likud, and possibly with one or more of the new parties founded by the retired chiefs of staff.

Q. Still, suppose the upcoming indictment of Netanyahu is so extreme or criminal in content that the polls turn against the Likud and the party leadership opts to replace him at the head of the Likud list . . .

A. As noted, this scenario does not seem likely: indictments, yes, but replacing Netanyahu, no. Still, if it happens it could be the ultimate gamechanger because Netanyahu has made sure not to anoint a successor.

Q. Any other gamechangers?

A. War--with Iran/Hezbollah in the north and/or Hamas in Gaza--or Palestinian political collapse, leading to intifada, on the West Bank. These scenarios are also not likely, but you never know. Then there's the possibility that Netanyahu will organize for himself a visit to Riyadh and places beyond and a sword dance with Saudi Crown Prince Mohammed bin Salman. . . .