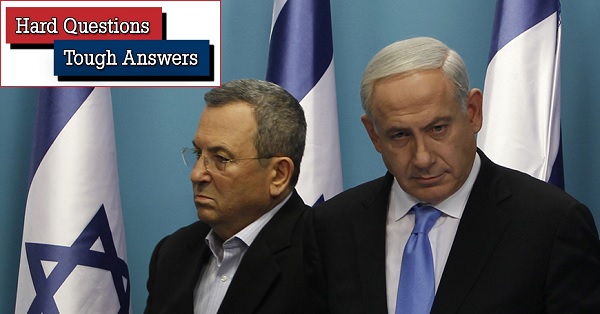 Q. Last week, PM Netanyahu appeared to be trying to cancel the Sept. 17 second round of elections. That is as unprecedented as the very fact of a second round. What happened?

A. Early polling by the Likud pointed to a loss of votes next time around. Some Likud voters were so disappointed with Netanyahu’s failure to form a new government and his endless maneuvering to avoid prosecution that they were moving to the competing new Blue White party. Others were attracted by Avigdor Liberman’s stand against Netanyahu’s concessions to the 16 Haredi (ultra-Orthodox) members of Knesset. Then too, there are indications that the public in general is fed up with a failed Israeli political establishment whose sole recourse is to send it back to the polls in September.

Netanyahu appeared to conclude a week or two ago that a move to cancel the September elections could be popular. Accordingly, he asked Knesset Speaker Yuli Edelstein, a faithful supporter, to explore the legal aspects of a move to reconvene the recently elected-then-dispersed Knesset and legislate cancellation of the September elections. In parallel, Netanyahu tried again to persuade Blue White or Labor to join a right-center coalition.

Within days, the idea of cancelling the elections appeared both ludicrous to the public and almost certainly unconstitutional and likely to be struck down by the High Court of Justice. Blue White, encouraged by this Likud demonstration of weakness and panic, said ‘no’ to Netanyahu’s feelers. The whole thing was consequently described by Netanyahu as little more than a ‘trial balloon’--a problematic metaphor in light of the incendiary balloons still being launched by Hamas in Gaza against the Gaza periphery settlements. (At the time of writing, Edelstein was still trying to find a way to cancel the second round of elections.)

Worst of all from Netanyahu’s standpoint, Ehud Barak now assessed that this was his opportunity to return to Israeli politics.

Q. You mean that Netanyahu’s perceived weakness explains Ehud Barak’s decision to throw his hat back in the ring?

A. It is undoubtedly a major factor. Barak is perhaps the only politician who can match Netanyahu’s killer instinct, his political energy and his overall experience at the national political level. He would not return to politics unless he believed he had a reasonable chance to get back into government and affect decision-making on major strategic issues. His platform--which he has actually been tweeting for years--is to dislodge the corrupt right that is leading Israel astray.

Sensing that Netanyahu’s legal troubles and Liberman’s secular revolt have weakened the political right, Barak has declared that the political center and left can and must unite into a bloc, either after or preferably before elections, and that together with Liberman they can challenge the Likud and the right. But he is aware that in the eyes of many, he is not the man to lead such an effort. After all, Barak has a well-earned reputation as an ultra-egotist and a terrible administrator. His lack of “people skills” rendered him a very short-lived prime minister (July 1999-March 2001) and his most recent negative political act was to fragment the Labor Party (in 2011, when he broke away and formed the ill-fated Atzmaut party so he could remain defense minister under Netanyahu).

A. He is certainly trying to generate a new and more positive image. For one, he is using his relatively advanced age (77) to his advantage. He is explaining that he has over the recent years in the political wilderness (while making lots of money from medical Cannabis) learned humility. If someone else can lead better than him, he’ll step aside. He has tried in his own unique and sarcastic way to mend fences with rivals from the defense community like Blue White’s Gabi Ashkenazi (e.g., “In the IDF I was the commander of all these other generals but I respect what they have done in Blue White”).

At the same time, his analytical and verbal abilities remain as sharp and impressive as ever. And he radiates an energy that his Blue White and Labor rivals on the center left simply don’t possess. He is forming a party (no name yet, and an initial showing in polls of about six mandates), to be positioned between Labor and Blue White. His declared goal is to unite with both Labor and Meretz, which themselves are talking of merging, and conceivably with Blue White as well. And despite his protests to the contrary, he obviously wants to lead this center-left bloc.

Barak is fully aware that his efforts, if successful, will take center-left votes away from Blue White. He is not perturbed by the resultant weakening of Blue White vis-à-vis Likud, insofar as Blue White, in Barak’s vision, will be part of a center-left bloc that will be far larger than the Likud, which it will dislodge from power. One immediate spinoff effect of this vision are indications that Blue White may now choose to take a more rightist position so as to take votes away from Likud and leave the center-left to Barak.

Q. Why so many generals? If this happened anywhere else people would talk of the militarization of politics or even a coup.

A. Indeed, besides former IDF Chief of Staff and Defense Minister Barak, his nascent list already includes former IDF Deputy Chief of Staff Yair Golan, whose outspoken criticism of fascist tendencies on the Israeli right cost him the top IDF job. Blue White numbers three former chiefs of staff (Gantz, Yaalon, Ashkenazi), a former deputy head of Mossad, and retired General Orna Barbivai, first woman major general in the IDF. Labor recruited Major General (ret.) Tal Russo for the last elections. And there is talk of the most recently retired IDF chief of staff, Gadi Eizenkot, and former Shin Bet head Yuval Diskin joining Labor or Barak. (Eizenkot and Golan, incidentally, are legally free of the three-year cooling-off law for retiring security community officials due to the advent of a second election since they retired.)

One persuasive reason for these former security community leaders to enter politics is that they are both highly qualified and high-quality figures. They genuinely care about what is happening to Israel and are (understandably, in my view) concerned about the low level of the politicians they seek to dislodge.

They also have big egos--otherwise they would never have risen to the top. And their egos are a problem, because the general public long ago lost its inclination to lionize retired generals and vote for them. Barak is without doubt a prime example of this “catch” in the civil-military relationship in Israel. While former generals Yitzhak Rabin and Ariel Sharon are generally considered by the public to have performed well as prime ministers (regardless of the political schools they represented), Barak is seen as a failure.

Q. Can you testify to this personally?

A. Sadly, yes. In July 2000 I was recruited as Barak’s “special advisor” during the countdown to the Camp David negotiations with the PLO convened by President Clinton. My task was to explain to the American Jewish leadership and the US media what Barak’s peace plans were and recruit their support, so that in the event the talks succeeded the American public would embrace the price tag: tens of billions of dollars provided or recruited by the US for Palestinian refugee compensation and infrastructure projects like water desalination for Gaza.

I had to be properly briefed and prepared by Barak--who until my eleventh hour mission had ignored the need for American Jewish support for his peace plans--and his staff. I had been familiar in the past with the staffs of previous prime ministers: Rabin, Peres, Shamir. So I had a basis for comparing the performance of Barak’s team. It was abysmal. I had never witnessed so much tension and squabbling. I was refused a photo-op briefing with Barak himself to serve as my calling card in America. At best I was briefed superficially by aides, and basically had to improvise my presentations in America based on my own understanding of the situation. In the midst of my US trip, Barak leaked that I did not represent him. Ultimately the Camp David summit failed. The second Intifada ensued. What a fiasco!

Since Barak and I are about the same age, I can only express the sincere hope that age and experience have mellowed him as a politician, an administrator and a peacemaker. His project of gathering the entire center-left into a single bloc is an admirable idea. But can he pull it off? For his sake and for Israel’s sake, his best bet is to play elder stateman, not in-your-face leader.

Q. And on the extreme right and extreme left? Mergers? Schisms?

The extreme right, where as many as six mandates were wasted last election due to fractioned party lists not reaching the four-mandate threshold, is currently even more fragmented. Neither Naftali Bennet nor Ayelet Shaked, the leaders of New Right, has found a new political “home”. The Jewish Power racist-fascist faction appears to have split off from Jewish Home and the United Right. Oddball marijuana-legalization and Temple Mount-takeover booster Moshe Feiglin is also homeless.

In contrast, the four Arab parties are definitely reuniting. It emerges that they were so distressed by their loss of voters in the last election due to having fielded two separate lists that they joined the right wing in the Knesset in voting for new elections in September. Another motive for their surprise move, apparently developed in coordination with Palestinian leader Mahmoud Abbas, was to disrupt US President Trump’s deal-of-the-century peace plan. We saw the economic portion of that plan last week in Bahrain, but due to Israel’s repeat elections and the proximity of US elections the key political portion is now apparently being postponed indefinitely, to Abbas’s satisfaction.

In parallel, Labor and Meretz, both under new leadership (Labor selects its leader on Tuesday of this week), are talking about merging and appear open to Barak’s idea of a left-center bloc--if not necessarily to his leadership of the bloc.

A. The brief spin over an effort to cancel the September 17 elections is over. Barak is the new spin, and at this early juncture it is impossible to gauge the effect of his return to the political arena. For the moment at least, the election centrality of Avigdor Liberman’s focus on a secular anti-Haredi agenda has been replaced by Ehud Barak’s focus on a united anti-Bibi and anti-corruption agenda.

Overall, the same relative weakness of Netanyahu’s position we pointed to two weeks ago appears to have been reinforced by these two dynamics.